That’s not a bad approach to a big problem.

Shortly after the UN broke the news of the concentration camps, Sigal Samuel of The Atlantic reported that inmates were “forced to renounce Islam, criticize their own Islamic beliefs and those of fellow inmates, and recite Communist Party propaganda songs for hours each day.” Male inmates were compelled to shave their beards and were force-fed pork and alcohol – which Muslims are forbidden from consuming. (Full post below the fold.)

The German approach is meek & weak:

The German government is now offering to pay one year of rental costs if migrants and asylum seekers return to their home countries. What an incredible failure Merkel’s open border policy has been. A former Canberra Islamic street preacher has been sentenced to six years jail for a vicious prison assault in 2013, by the ACT Supreme Court.

Isa Islam, 42, pleaded guilty to the attack on Darren Lee Cassidy, 49, who was punched unconscious, and his face stomped on until his nose was pushed into his face.

He spent five days in intensive care, with serious injuries.

Cassidy is serving a 15-year sentence at the Alexander Maconochie Centre for killing his partner’s daughter in 2005, after beating her with a saucepan and stick.

The court heard there had been an acrimonious relationship between Islam and Cassidy.

At the time of the incident Cassidy had made a remark to Islam about a failed parole bid.

“It’s particularly reprehensible that you stomped on his head when he was unconscious,” he said.

Justice Burns also told the court he accepted the attack was not pre-meditated, but it was also not entirely spontaneous, as Islam had time to stop.

He noted that Islam had refused to cooperate with a pre-sentence report interviewer, and told the court his actions suggested an attitude of defiance not consistent with rehabilitation.

Islam was already serving nine years for a stabbing which left the victim with permanent spinal damage.

His total sentence is now 15 years jail, with a new non-parole period of nine years.

Islam will not be eligible for parole until January 2019.

Abdulla* goes to bed every night dreading that knock on the door, a knock he has heard in recurrent nightmares and in stories from neighbours. He expects it can come at any moment.

He is an ethnic Uighur and has always called Xinjiang his home. His forefathers lived and toiled atop this land for centuries, which the nascent communist Chinese government annexed in 1949. He is a father of two, a son and a daughter, and a devout Muslim – cautiously performing his five prayers every day behind the veil of secrecy his home temporarily offers him.

In the past months, several of his friends and colleagues have heard that dreaded knock on their doors and in the quiet of the night, disappeared with no trace or warning. Everybody, including Abdulla, knows where they have been taken and kept. But nobody knows for how long they will be detained, nor do they know if they’ll ever come back home. Most are yet to return, and those who have returned are shells of their former selves, neighbourhood ghosts, warning others of what looms around the corner for Uighurs refusing to disavow Islam.

In August, a United Nations human rights panel reported that nearly 1.1 million Uighur Muslims were being held in concentration camps in Xinjiang – the autonomous region in western China, home to approximately 11 million Uighurs. Gay McDougall, who sits on the UN Committee on the Elimination of Racial Discrimination, claimed that the imprisoned population could be as high as 2 million. Notwithstanding the estimates, the number of Uighur Muslims being arrested, uprooted from their families and lives, and imprisoned in concentration camps – for no other reason than being Uighur and Muslim – is rising with each passing day.

by Khaled A Beydoun
.

Shortly after the UN broke the news of the concentration camps, Sigal Samuel of The Atlantic reported that inmates were “forced to renounce Islam, criticize their own Islamic beliefs and those of fellow inmates, and recite Communist Party propaganda songs for hours each day.” Male inmates were compelled to shave their beards and were force-fed pork and alcohol – which Muslims are forbidden from consuming.

These concentration camps, which hold more than ten times the number of Japanese citizens and residents the US government locked away during World War II, are where Uighur Muslims are remade into atheist Chinese subjects.These are horrific sites where fear and physical violence, psychological trauma and emotional abuse are all available tools, wielded to push Uighur inmates to renounce Islam, which the state has called a “mental illness“, and reject the distinct Uighur customs that are deeply intertwined with their faith.

This programme of brainwashing and indoctrination is not exclusive to adults. The state also operates orphanages for Uighur Muslim children taken from their parents, where the process of disconnecting them from their Islamic faith and ethnic heritage is deeply inculcated into the education. At these orphanages, disguised as schools, China is converting future generations of Uighur Muslim children into loyal subjects who embrace atheism and Han customs, pushing them to turn their backs on their families and towards Beijing’s vision of destroying the Uighur Muslim people.

Three months have passed since the UN broke the news of China’s network of concentration camps and the ancillary programmes designed to purge Islam and destroy the Uighur people who cling so tightly to it. Yet, global outrage and political pressure are slow to match the velocity and ferocity of China’s designs to cleanse itself of a population it deems inimical to and inassimilable with its national identity.

Why? Answers can be traced to prevailing economic and geopolitical pressures, namely, nations fearing the economic hit they would foreseeably take if they challenged or sanctioned China for its ethnic cleansing of the Uighur people. China is an economic superpower, and nations across the world rely on it heavily for imports, trade, and more. The economic factors deterring humanitarian intervention are accompanied by a global so-called “war on terror” landscape that opened the door for Beijing, after 9/11, to violently rev up its persecution of Uighur Muslims behind the veneer of countering terrorism. A campaign spearheaded by the Bush administration and the United States, encouraging other nations – including China – to join in and crack down on their Muslim populations.

China is trying to erase the Uighurs and their culture

Today, in a world where nations as close as Myanmar and as distant as France are weaponising Islamophobia to drive racist, populist visions, China is not only joining in, but violently upping the ante, capitalising on this global moment to use Islamophobia to push forward its own populist vision: Wiping out an indigenous people seeking self-determination and standing against the state-sponsored mandate of Han supremacy.

With Islam serving as the spiritual lifeline connecting the Uighur people to their land, their history and to one another, the state has zeroed in on it. If it can destroy Islam, Beijing believes, it can destroy the Uighurs. And this is precisely what it has been doing behind a curtain of global ignorance for years and, even after the UN lifted that curtain for the whole world to see in August, it has carried forward without pause.

For Abdulla, that feared knock on the door is yet to come. It may never come, or it may come tomorrow, or the day after. Yet, the fear of the unknown and the stark reality that every moment with his children, his wife, and his elderly parents, could be his last, follows his every step like a shadow. Beyond the walls of the concentration camps, Xinjiang has become an open-air prison for Uighur Muslims like Abdulla, whose every word is monitored and religious expression closely policed.

He only finds solace in prayer. Prostrating himself before Allah, beginning in the early morning and one final time after sitting with his children at dinner, he prays that the state does not take him away and destroy his family.

Yet, the paradox of prayer symbolises the imminent perils of being Muslim in Xinjiang today, whereby the more people are unwilling to relinquish their spiritual identity and disavow Islam, the more likely they are to be taken way and detained far from everybody they love and everything they know, locked away in a living hell devised to purge them of their faith, disintegrate their families, and wash away their nation. 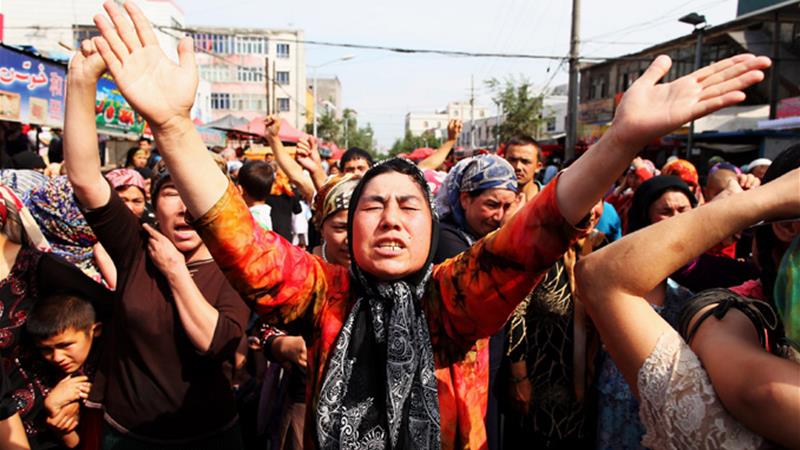 2 thoughts on “For China, Islam is a ‘mental illness’ that needs to be ‘cured’”