Unfortunately, this has not only happened in Sweden.  It happened right across Western Europe and in America, in every country that has let Mohammedans in.

Sameh Egyptson has claimed that the Muslim Brotherhood and other Islamist groups have been systematically infiltrating Sweden’s political system since the 1980s. 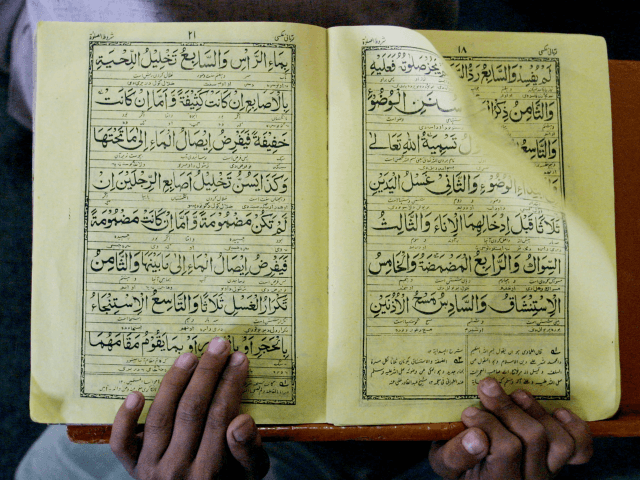 At the moment, there are fewer than 300 Muslims in political office in the United States, according to Jetpac, a Massachusetts nonprofit organization that supports Muslim-American candidates.

Penning an opinion piece for Swedish newspaper Expressen, Mr Egyptson, a researcher in interreligous relationships at Lund University, believes that the Egypt-founded Muslim Brotherhood is attempting to bring forward an Islamic agenda in the West by using democratic systems, in Sweden specifically through the Islamic League in Sweden (IFiS) and Sweden’s Muslim Council (SMR).

“In my studies and research documents, I found that Islamists already negotiated with political parties in the 1980s about voting in elections. A report in Arabic written by Sweden’s Muslim Council (SMR) 2001 described a historical chapter that not many people know about,” he wrote, quoting the document as saying:

SMR collaborates with IFiS to establish an Islamic political group to co-operate and coordinate with the Swedish parties to educate political cadres. These cadres will mingle with the parties and fight for the Muslim minority’s rights through these parties.

In an interview with Dagen on Wednesday, Mr Egyptson said that Islamism had begun to influence the country’s political agenda, noting that “there are special laws for Muslims, Muslim schools, gender separation, and more.”

He then claimed to have been in contact with members of the Muslim Brotherhood who told him how they had influenced politics in Sweden through “our brother in the defence committee” — referencing a “moderate” member of the Rikstag.

“They could say this to me because they thought I was a Muslim,” he explained.

One of the examples the academic gives of “political Islam” placing candidates into Swedish politics is of the former minister for housing and urban development, Green Party member Mehmet Kaplan, who resigned from the government’s cabinet in 2016 after photographs of him dining with members of Turkish ultranationalists, including the neo-fascist Grey Wolves, exposed his links to extremism.

Another is Omar Mustafa, the former chairman of the IFiS, who was elected to the left-wing Social Democrats’ party board but was forced to resign seven days later in April 2013 after disclosure of his alleged relationship to the Muslim Brotherhood, as well as for inviting known anti-Semites to a conference and for his views on women and gay people.

Asked by Dagen how it was possible for the MB to have “infiltrated” Swedish politics, when the fundamentalist Islamic group claims not to have contacts in Sweden, the author, who recently published the book Holy White Lies: Muslim Brotherhood in the West – Case Sweden, said, “It’s white lies,” explaining how he discovered in 1999 that Muslim representatives in Egypt claiming to engage in ‘religious dialogue’ spoke differently to Western visitors than they did to the Christian Egyptians.

“There was no religious dialogue, it was white lies,” said Mr Egyptson said.

The author and academic warned Swedish parties to “investigate the infiltration of Islamists and return to their ideological values. For each new disclosure, the parties lose confidence. Among the losers we find, in particular, the Muslim voters who do not agree with the Islamists.”

In September. Breitbart London reported that a candidate for the Social Democrats was removed from the national list ahead of Sweden’s federal elections for saying that Islamic law was more important than Swedish law.

The Social Democrats had also been warned to take action over its “Islamised” youth wing after it emerged that members from its migrant-populated no-go zones expressed views on LGBT matters that conflicted with the party’s progressive position.

Nine Muslims are still in contention for seats in Congress, at least 18 seek spots in state legislatures and another 10 are campaigning for other state or local offices, such as governor or mayor, according to Jetpac.