UK Floats Tax on Meat to Save Climate

Next they will tax spoons for making you fat. I guess a tax on stupid would be “divisive”….. 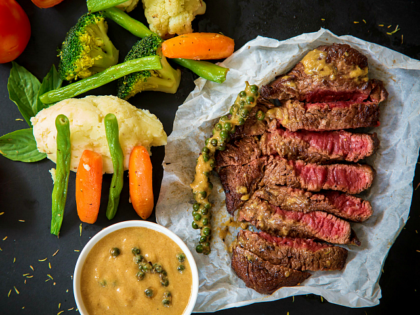 Imam of the Ka’aba: Journalists in Muslim countries must defend real Islam, which totally rejects terrorism

Once again a Muslim leader has made this claim that we have heard so often. Propaganda, because it is contrary to fact, has to be endlessly repeated in order to be accepted by the masses. And that constant repetition works: many, if not most, Americans, today believe that Islam is a religion of peace that has been hijacked by a tiny minority of extremists.

If this were so, however, then large numbers of Muslims, including the leaders of the great Islamic empires of the past, have misunderstood Islam. The history of Islam includes an unbroken record of jihad violence: wherever Muslims have gone in the world, some of them have waged jihad warfare against non-Muslims. The whole shocking record of this, hardly known at all in the West and obscured by mountains of propaganda, is in my new book The History of Jihad From Muhammad to ISIS, the first and only one-volume narrative history of jihad in the English language. Arm yourself against the propaganda, which just keeps on coming — order the book here. 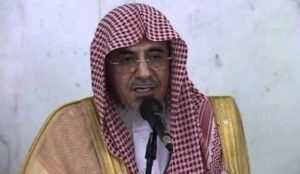 ISLAMABAD: Imam-e-Ka’aba Sheikh Saleh Abdullah bin Humaid has said that the journalists in the Muslim countries have a responsibility to defend the real Islam, which totally rejects terrorism and advocates peace and tolerance.

In a meeting with Charge d Affairs at Pakistan Embassy Lisbon, Fayyaz Ahmed Khan and veteran journalist Azfar Bukhari at the ceremony of 50th Anniversary of Lisbon Islamic Community Centre, Imam-e-Ka’aba said that Saudi Arabia too is promoting moderation and peaceful co-existence because Islam rejects all forms of terrorism.

“Media in Muslim countries have to play an important role in this regard,” he added.

Both Bukhari and Khan sought blessings from Imam-e-Ka’aba and requested him to pray for the prosperity of Pakistan.

3 thoughts on ““Real Islam” must be defended?”