Maren & Louisa were murdered after having been brutally raped 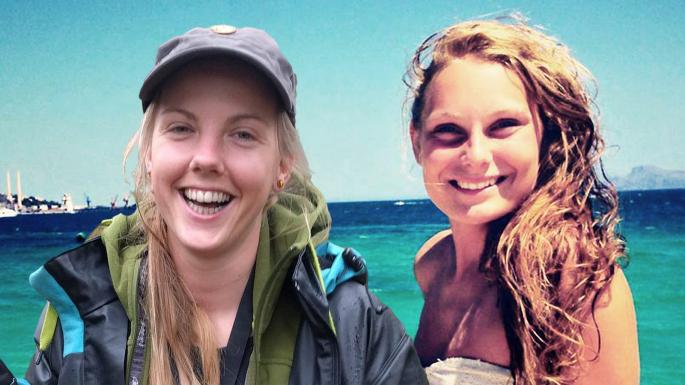 Before and after images of the severed heads of two young tourists murdered in Morocco have been posted to their mums’ Facebook pages in a horror development.

Maren Ueland, 28, one of the backpackers who was brutally beheaded in Morocco this week, had posted an anti-White, pro-Muslim tolerance video on her Facebook page to ‘shame fellow Whites’!

Maren Ueland, 28, one of the backpackers who was brutally beheaded in Morocco this week, had posted an anti-White, pro-Muslim tolerance video on her Facebook page to shame fellow Whites:

Ueland is dead because she believed this  pro-diversity, anti-White propaganda used to convince White people that the Muslim and African invasion of Europe will enrich their lives.  Whoever produced this propaganda is ultimately responsible for Ueland’s death as much as the violent Muslims who did it physically. In Europe, this type of multicultural propaganda should be outlawed and those who produce it should be jailed. These women believed they  could walk through a muslim country and be safe!

This comes from a dodgy, antisemitic website. Needs verification.

… defines Islamophobia as “rooted in racism and a type of racism that targets expressions of Muslimness or perceived Muslimness”.

The nine point definition includes “calling for or justifying the killing or harming of Muslims in the name of a fascist ideology” and “applying double standards by requiring Muslims to behave in ways not expected or demanded of any other groups in society”. …

Councillor Zulfiqar Ali, who put forward the motion, said: “Newham is proud of its diversity and recognises this as a huge asset and a source of great strength.

“A large proportion of its residents are Muslim, who are an integral part of its make-up, playing a huge role in all aspects of the borough’s life. Its residents have always united and supported each other in the fight against racism and discrimination in all its forms.”

Trevor Phillips, the former chairman of the Equality and Human Rights Commission, said it would be a “grave mistake” to define Islamophobia as a form of racism, as a committee of MPs and peers has recommended. …

Tommy Robinson and others living under the constant threat of expressions of muslimness as politicians continue to obsess over phony phobia of islam….

One thought on “Expressions of Muslimness”