Google’s links to the violent far-left extremist “Antifa” movement are well-documented, and the company has so far failed to explicitly disavow the movement, despite its official classification as a domestic terrorist organization. 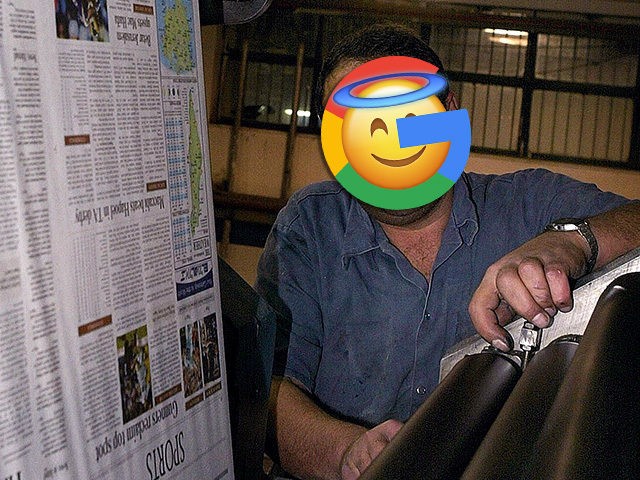 Google has rejected an application from conservative website The Gateway Pundit to appear in Google News search results.

In an email to the Gateway Pundit, Google claimed that it could not provide specific reasons why the site had been rejected. Instead, the tech giant provided two “common reasons for rejection,” although it would not say if they were the actual reasons the conservative website was rejected.

Per Google’s rules, publishers must submit an application to have their site appear in Google News search results. Once rejected, a publisher must wait 60 days before applying again.

Amazon has banned Jihad Watch from Amazon Smile and Amazon Associates, but its aid to jihadis has not led to its being accorded any breaks by its Muslim workers.

“Amazon says it has offered accommodations such as providing prayer mats for workers, converting a conference room into prayer space during the Muslim holy month of Ramadan and approving shift transfers for fasting workers.”

But it isn’t enough.

“The workers, many of whom are practicing Muslims, say the required productivity rate is too high, the company is unconcerned about worker injuries and that the conditions don’t allow practicing Muslims to pray as they otherwise would.”

The idea is to reinforce the principle, already established in other cases, that Muslims must always have special privileges and accommodations that others do not have. This is true now at Amazon unless non-Muslim workers get time off work equal to the prayer breaks that Muslims are given. Islamic law denies non-Muslims basic rights; only Muslims enjoy full rights in an Islamic society. To establish a similar situation in the U.S. is the ultimate goal here.

Here is the message Google sent to The Gateway Pundit.

Thanks for your interest in sharing your content via Google News. Unfortunately, we can’t include your website in Google News at this time.

Before you request inclusion again, review our content policies and technical guidelines. You can also visit the Google News Help Forum, where Google News employees and publishers often share helpful tips and expertise. Members of the forum may provide specific suggestions and feedback for your website.

While we can’t provide specific feedback for publishers seeking inclusion, here are the top 3 most common reasons for rejection.

After a minimum of 60 days, you can submit your website for review again using the Request Inclusion in Google News button next to your site in the Publisher Center.

The Gateway Pundit does not appear to be in violation of the “unoriginal content” nor the “unclear ownership or authorship” criteria.

The vast majority of articles on The Gateway Pundit are original writeups from its reporters. The site has also published multiple exclusive stories over the past year, including comments from U.S. Senators, a letter from President Trump to Vladimir Putin, as well as information on outgoing defence secretary Gen. Jim Mattis’ long-rumored presidential bid.

Both ownership and authorship on The Gateway Pundit is also more than clear. The website’s “about” page clearly identifies the owner of the site as Jim Hoft, the website has a contact form, and the vast majority of articles have an author byline. (You currently have to scroll past 52 articles with author bylines before you find a piece with an “Assistant Editor” byline — a common device occasionally used by publishers).

Google suggests that the inclusion of phone numbers and physical addresses can help publishers pass the application process — but if that’s a necessary criteria, it seems wholly unreasonable in an era when mobs of masked radicals harass the families of conservative pundits in their homes.

Then again, Google’s links to the violent far-left extremist “Antifa” movement are well-documented, and the company has so far failed to explicitly disavow the movement, despite its official classification as a domestic terrorist organization.