Frank Magnitz, an Alternative for Germany lawmaker, suffered an assassination attempt on Monday. The attack was a result of a relentless hate and exclusion campaign by the subversive left that considers itself mainstream in Germany.

The video below features an interview with Jörg Meuthen, the federal spokesman for the AfD (Alternative für Deutschland, Alternative for Germany) concerning Monday night’s vicious attack on Frank Magnitz, the chairman of the AfD in Bremen.

The public prosecutor’s office in Bremen said that surveillance evidence showed Magnitz being struck down with a single, “lightning quick” elbow blow to his head before the pack ran away. “We assume that all of the injuries are solely due to the fall,” Frank Passade, spokesman for the Bremen public prosecutor’s office noted Wednesday, claiming that the footage showed “no kicks on a person lying on the ground.”

Many thanks to GoV & to Vlad Tepes for the video: 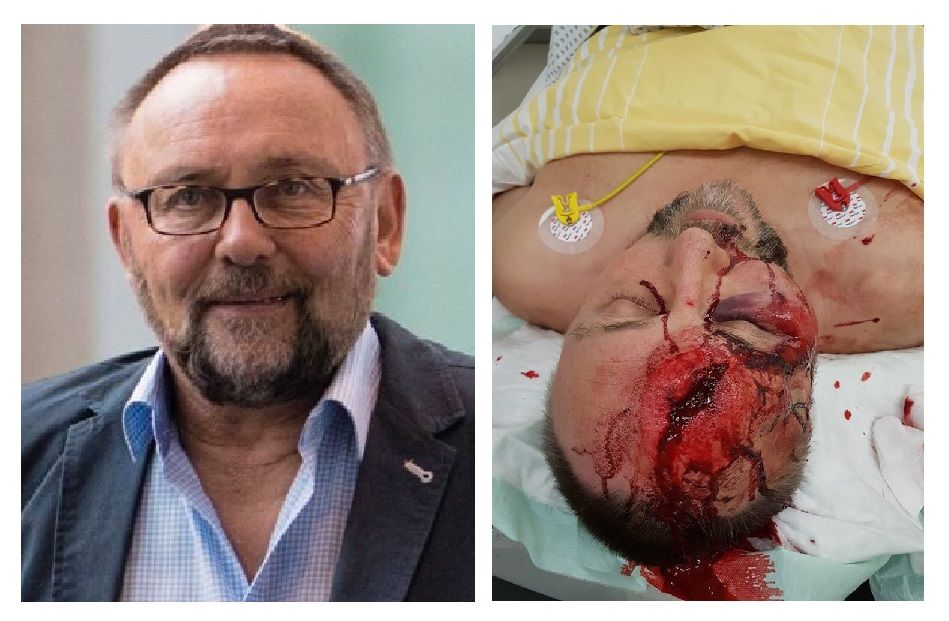 BERLIN — Two days after a “right-wing”  politician was assaulted in Germany, drawing international attention, the authorities on Wednesday said that several elements of the account given by his political party appeared to be false.

Frank Magnitz, 66, a member of Parliament from the Alternative for Germany party, suffered head injuries in the attack in Bremen on Monday. Party officials said that three men had attacked him, beating him with a piece of lumber and then kicking him after he had fallen to the ground.

But after reviewing a video of the attack, law enforcement officials said that one assailant had struck Mr. Magnitz once from behind, knocking him down, before he and two others fled the scene.

No one hit the lawmaker with an object, they said, and no one kicked him.

“We assume that all of the injuries are the result of the fall,” said Frank Passade, a spokesman for the state’s attorney’s office in Bremen, which is investigating the assault.

“We are a glad to have a video recording of the event: We actually can see what really happened and exclude a number of things that were the object of speculation,” Mr. Passade said.

Alexander Gauland, the leader of the party’s faction in Parliament, on Tuesday characterized the attack as a politically motivated murder attempt.

He told reporters in Berlin that the assault was “the result of exclusion and incitement against” the party.

The police formed a special task force to investigate the case, an indication that the authorities also believed it was politically motivated.

But on Wednesday the state’s attorney’s office confirmed that investigators were looking into a number of possible motives.

A political animus, Mr. Passade said, is “one possibility among several.”

Mr. Magnitz, who told reporters that he had no memory of the attack, did not exclude the possibility of an attempted robbery, speaking in a hospital bedside interview he gave on Tuesday to Bild, the leading German tabloid.

In the hours after the assault, people from across the political spectrum expressed outrage. But since then, many have since criticized the party’s characterization of events and its immediate finger-pointing.

The German Journalism Association criticized the party for using the attack to accuse journalists of incitement.

“The fact that the injured politician is being exploited by his own party is bad on a human level,” Frank Überall, the head of the association, told the Deutsche Presse-Agentur news agency. “But what’s particularly bad is the attempt to try to make the media complicit.”

Despite heavy bruises on his face, Mr. Magnitz checked himself out of the hospital on Wednesday, according to news media reports, though party officials had said that he would remain there through the weekend.