This article is brought to you by Erdogan’s kafirphobic Turk Bullettin: 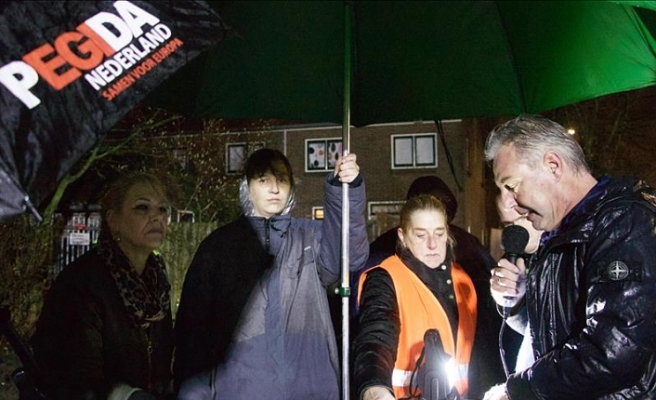 Far-right Islamophobic group Pegida staged an anti-Islam demonstration in front of a mosque in the Netherlands late Wednesday.

(That’s our good friend Edwin Wagensveld, leader of the Dutch branch of the anti-Islamic movement Pegida. I met him once in Dresden, with the indomitable Tatjana Festerling…)

The demonstration was held outside the Abi Bakr Issidik Mosque, frequented by members of the Moroccan community, in Utrecht, the central Netherlands.

During the demonstration, members of Pegida made speeches and showed a movie insulting Islam.

The Kinetic Suppression of Yellow Vest Protesters by the French Police

The two videos below are in French, and were originally subtitled in German. MissPiggy has translated the German to create the English version. Many thanks to Vlad Tepes for the subtitling.

WARNING: The first video shows a somewhat graphic image of the injury sustained by a protester who lost an eye to a police flashball. Sensitive viewers may want to skip this clip:

In the second video, a journalist named David Dufresne describes the serious injuries sustained by Yellow Vest protesters at the hands of police since the demonstrations began last November:

END_OF_DOCUMENT_TOKEN_TO_BE_REPLACED 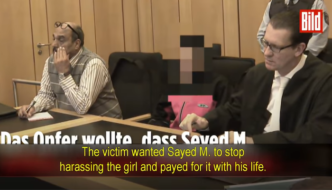 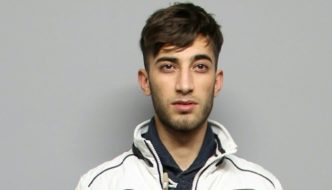 Turkey has been exporting its ideology under “the garb of relief,” a well-known global strategy of the Muslim Brotherhood that Brotherhood operatives practice frequently in the West.

“Turkey’s strong backing of the Muslim Brotherhood (MB) has been extensively catalogued, but not much has been written about the country’s support for the Jamaat-e-Islami (JI), the Brotherhood’s ideological cousin in South Asia that also has an active presence in North America.”

Turkey’s aggressive spread of the Islamic agenda worldwide has been no secret. Erdogan has also been spreading the jihad ideology through a network of mosques and religious centers.

Turkey’s strong backing of the Muslim Brotherhood (MB) has been extensively catalogued, but not much has been written about the country’s support for the Jamaat-e-Islami (JI), the Brotherhood’s ideological cousin in South Asia that also has an active presence in North America.

JI’s role in advancing the Islamist agenda of Turkey’s ruling Justice and Development Party (AKP) was highlighted by a senior aide to President Recep Tayyip Erdogan in a video interview last year. JI and the MB are “soft power proxies” that helped bolster Turkey’s role as leader of a global caliphate “defending oppressed and victimized Muslims,” Yasin Atkay told the pro-government Hilal TV.

Islamist ideologue Maulana Syed Abdul Ala Maududi created the JI in 1941, when Lahore, Pakistan was part of British India. In addition to advancing a rigid interpretation of Islam, the Islamist movement has provided an ideological platform and recruiting base for terrorist groups in South Asia.

Turkey advocates actively on behalf of the JI. Erdogan, for example, denounced the 2016 hanging of JI Bangladesh leader Motiur Rahman Nizami as “neither fair governance nor a democratic mentality.” He also described the Islamist leader as a “mujahid [holy warrior].”

JI’s leadership also openly applauds Turkey’s Islamist leader and regime. After Erdogan was reelected president in June, for instance, JI Pakistan chief Siraj ul Haq called him “a great leader of the Muslim world.” Another JI leader described Turkey as “the hope of the Ummah [world community of Muslims].”

Turkey under the Islamist AKP has become a key sponsor of JI-affiliated organizations in Bangladesh and Pakistan as well as the Islamist movement’s proxy groups in North America.

The Union of NGOs of the Islamic World (UNIW) is a key agency used by the Turkish government to sponsor and coordinate JI activities, an Investigative Project on Terrorism (IPT) investigation finds.

The Istanbul-based organization was established in 2005 with the AKP’s blessing and boasts 340 NGOs from 65 countries, including in the United States. Through a global network of Islamist organizations, UNIW seeks to revive the global Muslim ummah and stand up to the U.S.-led world order. Its stated mission is “to create an ummah consciousness” among its members and seek unity among Muslim nations “against to [sic] the western world which want to weaken the Islamic World by their dirty tricks and try to separate it from each other although they are unions among themselves.”

Helping Hand for Relief and Development (HHRD) and Kashmir American Council (KAC) are U.S.-based UNIW members and work closely with the umbrella group.

Like UNIW, Helping Hand was founded in 2005. It is the charitable arm of the Islamic Circle of North America (ICNA), a JI front group headquartered in Jamaica, N.Y. Helping Hand regional partners have been found to have ties to U.S.-designated terrorist entities, including Falah-i-Insaniyat Foundation (FIF), Hizbul Mujahideen (HM) and its leader Syed Salahuddin……