Pregnant at just 10, girl is trapped as sex slave in ISIS capital as aunt reveals children are beaten with cables by jihadi brides and ‘raped by 100 men’

Marwa Khedr, a ten-year-old Yazidi girl pregnant and held by IS

Pregnant at just 10, girl is trapped as sex slave in ISIS capital

“I don’t know how many times I was sold. One man only had me for 3 days, then sold me again. They also held me underground for two months. It was so dark I could not tell night and day.”

Pope Francis pledges to confront sex abuse “both inside and outside of the Church”, labelling perpetrators “tools of Satan”

Last week he called critics of abusive  clergy  “tools of Satan”. I’m getting confused. Which one is it? He goes from abuse straight to virtue signalling & to projection…. Pope Francis has promised concrete action to tackle child sex abuse at the end of a Roman Catholic Church summit on paedophilia.

Clergy guilty of abuse were “tools of Satan”, the Pope said, pledging to face every case with “utmost seriousness”.

Child sex abuse, he said, reminded him of the ancient religious practice of child sacrifice in pagan rites. 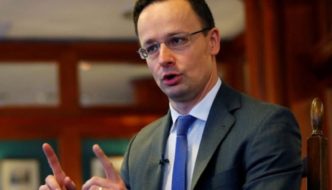 Hungarian government: Islamic State jihadists are returning to EU and “this must be stopped”

Marwa Khedr was just ten years old when Islamic State jihadis swept into her village in the Sinjar region of Iraq and rounded up all the families at gunpoint.

The men were buried alive in a mass grave, while the women and children were taken to a nearby town in the north of the country, where they were divided up by age.

The most prized, taken off by senior IS figures, were those aged between ten and 20.

This petrified group included Marwa, a member of the Yazidi persecuted minority religion. She had turned ten shortly before the appalling events in August 2014.

Yesterday, her aunt Mahdya, who has just escaped from Baghuz, the last holdout of the IS ‘caliphate’, told me that the final time she saw her niece, she was huddled with others in a market close to Hardan, where she lived, before being taken to the jihadi ‘capital’ of Raqqa.

Months later, a friend told Mahdya she had seen Marwa again and she was pregnant, despite her young age – one more grotesque sign of the barbarism inflicted by IS. It is not known where Marwa is now.

‘There are a lot of girls like her,’ said Ziad Avdal, a former teacher who runs safe houses for Yazidis escaping IS.

‘It is not just terrible that she is pregnant – these young girls may have been raped by 100 men before they become pregnant.’

Mahdya, 29, who fled Baghuz with her two surviving daughters aged eight and nine, was one of almost 6,500 Yazidis kidnapped by the IS fanatics, who despise their ancient faith. Almost half are still missing. 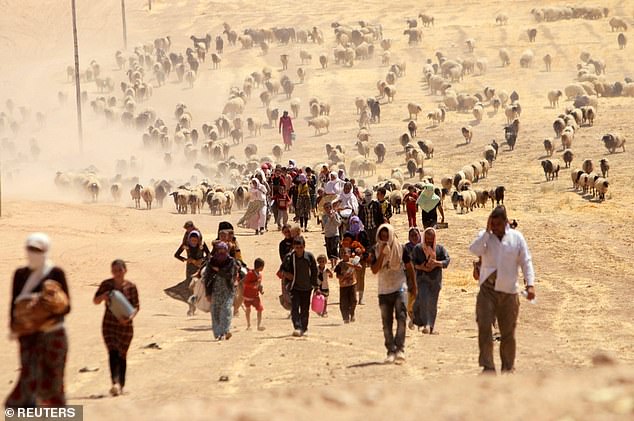 Displaced people from the minority Yazidi sect, fleeing violence from forces loyal to the Islamic State in Sinjar town, walk towards the Syrian border in 2014. About half of the 6,500 Yazidis kidnapped by IS are still missing

She told a terrible story of being frequently sold, assaulted, forced to marry several times, threatened with having her daughters raped by older men, and seeing them beaten regularly with cables by jihadi brides. Another child was killed in a bombing.

‘I don’t know how many times I was sold,’ she told me.

‘One man only had me for three days, then sold me again. They also held me underground for two months. It was so dark I could not tell night and day.’

Among the men she saw trading Yazidi women and girls from a shop during her four-and-a-half-year nightmare was a white Westerner who joined IS after spending years in prison. He held Mahdya for ten days. ‘He was buying girls, washing them, dressing them in beautiful clothes and then selling them,’ she said.

Another fighter who bought her to clean his house and cook decided after four months that he was going to marry his Yazidi slave. ‘He told me that if I disobeyed, then he would marry my eight-year-old daughter or sell her to another man,’ she said.

Earlier this month, she finally managed to escape the besieged IS enclave and her latest husband, an Uzbek, after months of starvation. She was forced to eat sticks and animal droppings to stay alive. ‘I never thought I would survive,’ she said.

Yet when she first tried to flee, her daughters were so brain-washed after growing up under IS that they refused to join her, fearing the liberating Kurdish forces were faithless.

‘In the end, I had to tell them we were going out to get food,’ said Mahdya. 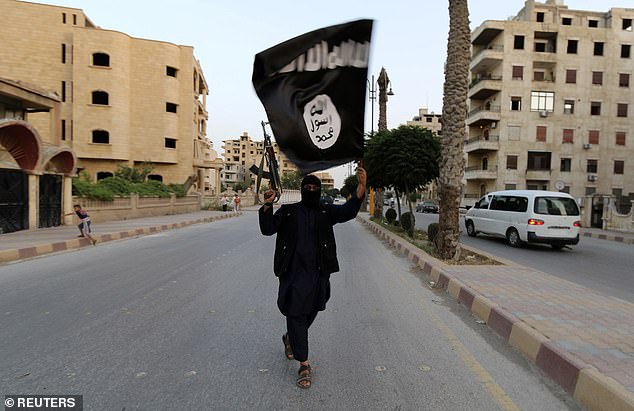 The two children were playing yesterday in a sun-dappled village in northern Syria. They were with another freed Yazidi girl, Hadya, whom I first saw hours after she was freed and still in her abaya – the long black gown worn by women under IS.

She seemed delighted to change into normal clothes, smiling after I gave her a chocolate bar and juice. Separated from her mother, she did not know her age but she is thought to be nine – just one year away from when she might have been married.

Later she told me that for five years she was forced to work as a cleaner and servant for IS families who beat her.

She showed me a healed scar on her cheek and nasty, fresher wounds on the back of her head.

‘I had to do everything for the women,’ she said, adding that she was given the new Arabic name of Umatullah (mother of God) and held with about 15 other Yazidi girls.

‘All the women, even their children, would beat us, she said.

Now she has spoken to her mother – who escaped from the clutches of IS two years ago – for the first time since winning her freedom.

‘She was crying and I was crying,’ said Hadya. ‘I was missing her so much.’