You will never hear anything like this from Merkel’s apparatchiks or from the leftist kaputniks known as “Antifa”. A red hot commie & a true Islamo-Christian. This pope is a mental patient. (Read the whole thing below the fold)

All over the West, politicians have no idea who they’re dealing with. 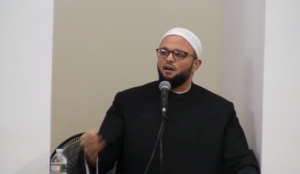 Over the space of three years, a government jobs program for migrants in Milan spent €15 million, but only 120 of the migrants in the program obtained employment. That’s €125,000 per job landed. That amount doesn’t include job salaries or any other expense but finding jobs for the migrants. Oh, and paying the bureaucrats who run the jobs program, of course.

‘Foreign-Born’ Make Up 80% of Swiss Inmates…

Most Americans don’t know that a “World Government Summit” event exists but rest assured that globalists across the world do know that it exists and its purpose is to dismantle the Nation State. After signing a document calling for complete interfaith unity last week, the Pope then addressed the ongoing World Government Summit in Dubai and called for First World countries to stop pursuing economic superiority.

Vatican News posted the Pope’s remarks in the video below…

The Pope told the World Government Summit, “I am thinking of you and your commitment in these days, as you face fundamental issues including political challenges, economic development, protection of the environment and the use of technology.“

He went on to say, “We cannot really speak of sustainable development without solidarity.”

The phrase “sustainable development” has become a shorthand way of referring to the UN’s Sustainable Development Goals.  It is a 17 point plan, and if you read the entire thing you quickly realize that it encompasses just about every realm of human activity that you can possibly imagine.

It is not just a plan to fight climate change.  It is actually a comprehensive blueprint for global governance, and it envisions a much larger role for global institutions such as the UN in the years ahead.