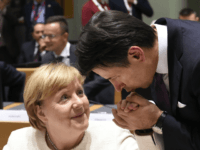 Leaked Audio: Italian PM Tells Merkel ‘Salvini is Against Everyone’

The conversation between the two leaders took place on the sidelines of the conference and the leaked audio centres around the migrant policy of populist Interior Minister Matteo Salvini Il Giornale reports. 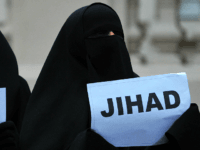 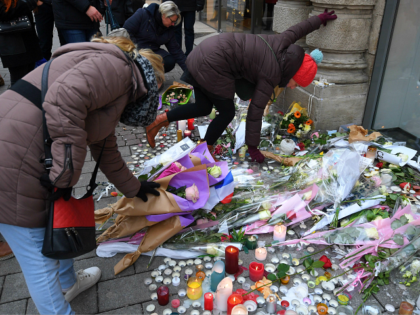 Three Charged in Connection with Islamic Terror Attack in Strasbourg

Conte also mentioned his frustration with Salvini’s policy of not allowing migrant rescue vessels to dock in Italian ports, a move that has reduced new arrivals in January by 95 percent compared to January 2018.

“He closes everything, there’s no space, it’s different for me,” Conte said, and added, “do you remember Malta, when I said, ‘Women and children, I’ll take them by plane.’ Because Juncker told me: ‘Salvini says all ports are closed.’ I said, ‘OK, it means I’ll catch them on the plane!’ We’ll take them, of course, of course, but Angela, do not worry, I’m very determined.”

Conte also mentioned the recent downturn in the polls for the Five Star Movement, of which he is a member, telling Chancellor Merkel, “The Five Star Movement is suffering. They are very worried … they go down to 27-26 percent, so they ask themselves what are the themes that can help us in the electoral campaign.”

Conte went on to add that many in his party see France as an opponent but Germany as an ally, to which Merkel said, “It’s a very simplistic approach.”

The comments from Conte are just the latest crack in the Italian populist coalition after several Five Star senators outright opposed the migration and security decree drafted by Salvini.

These “Five Star” senators are the traitors on the Soros payroll. Out with this trash!

One thought on “‘Salvini is Against Everyone’”