Some interesting vid’s from Mullah (pbuh) 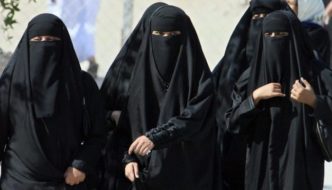 Islamic State bride from Canada asks not to be “judged too harshly,” calls herself “humanitarian”

Expressions of muslimness and non-Britishness] What are the risks of allowing Shamima Begum to return to the UK? (talkRADIO)

Expressions of muslimness and ineffectivness: A “Canadian” Paki captured in northern Syria last month has admitted he helped produce ISIS propaganda videos that showed prisoners digging their own graves and being executed, according to a local source.

Mohammed Abdullah Mohammed, who was detained by the U.S.-backed Syrian Democratic Forces on Jan. 13, acknowledged his role in the ISIS videos Flames of War and Flames of War 2, the Rojava Information Centre said.