Free speech is all but dead in once great Britain. Islamic blasphemy laws are fully enforced.

Södertorn University, which has 13,000 full-time students and is tasked with providing basic training to the police, has been called a “stronghold of left-wing extremism” and “a place where numbskulls congregate”. 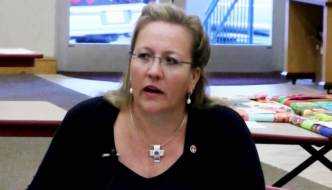 Questioning Islam and Muhammad has been effectively criminalized in Europe

Why waste good money when a bullet would do the trick? The US Department of State announced on Thursday that it is offering a reward “of up to $1 million” for information that leads to the capture of Hamza bin Laden, the son of deceased former al-Qaeda leader Osama bin Laden.

One thought on “Western universities becoming “places where numbskulls congregate””