Big jugs but not much upstairs: Fighting White Supremacy with White Guilt, New Zealand’s feminists betray their sisters in the Islamic World to please the Mullahs and become ‘Useful Idiots’ for the Islamist agenda.

“There’s not an unlimited right to freedom of expression or free speech. There are limitations and there’s a balance that needs to be done”

France: Man converts to Islam, is arrested while trying to pick up his mail-order sub-machine gun 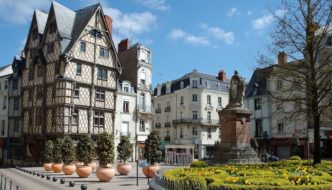 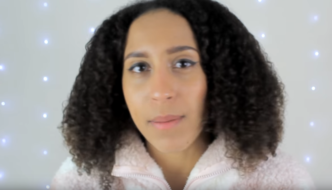 It’s not a coincidence that one of my google blogs has also been terminated;

Anyone who uses terms including “jihadist,” “violent jihad,” “Islamist terrorism” or “Islamic extremist” is a hater who deserves to be shunned, an influential Muslim political leader argues.

How about Muslim nations making genuine efforts to stop talking of infidels and kafirs?

Esam Omeish issued this call Friday on Facebook, in the emotional wake of the Christchurch mosque massacre in New Zealand.

“Anyone who uses the following terms is Islamophobic and must stop their hate,” Omeish said.

Memo to the Palestinian Islamic Jihad and other terrorist groups which have “jihad” in their name: Esam Omeish thinks you hate Muslims.

“Violent jihad” is a fairly clinical term used by prosecutors in cases like the Boston Marathon bombing, a domestic terrorism plot in North Carolina and al-Shabaab supporter Zachary Chesser.

His list of telltale words and phrases also a bit surprising, given that Omeish’s 2000 praise for Palestinians who chose “the jihad way” to liberation, captured on video by the Investigative Project on Terrorism, led him to resign from a state immigration committee in 2007.

Other statements Omeish now sees as inherently hateful include “Islam hates us,” “Islam is not a religion,” and ban “Shariah law.”

“Islamophobia kills!”, he wrote. “Enough of this hate and Islamophobia!

Granted, his comments came as the world learned of the horrific terrorist attack that killed 50 Muslims during prayer at two New Zealand mosques.

But Omeish, even in an emotional state, may not be the best messenger to call people out for hate.

He wrote an open letter to President Obama in February 2016 urging support for the Mujahideen Shura Council of Derna against the secular militia leader Khalifa Haftar. But the council has ties to al-Qaida in the Islamic Maghreb (AQIM), as a Libyan al-Qaida supporter wrote in a 2015 treatise called “Sorry O’ you Claimed ‘Islamic State’ in Libya.”