Rape and murder of infidel women is “allowed in the Quran”. Muhammad did it and encouraged his gang of bandits to do the same. The “prophet” is still the role model for every Mohammedan in the world.

‘The women were shouting that if I was in their hands, they would behead me’

It was during a cold night in January 2015 when I met Ilwin, a Yazidi woman who was raped several times by ISIS militants. Her family bought Ilwin from ISIS, but ISIS did not sell her sisters. Ilwin told me that ISIS had put them in a house in Mosul guarded by the wives of ISIS fighters.

Sometimes, she said, these wives helped ISIS members rape the Yazidi women, sometimes they tortured Yazidi women. Ilwin drew a plan of the house in Mosul where her sisters were forcibly kept, asking for my help. I gave it to the Kurdistan Regional Authority Human Rights Centre.

The nights were long in Baadre. We slept in a large room with the Yazidi women and children. It is hard to describe the sounds of their nightmares during the night. I will never forget those nights. I would often wake up to their moans and would look to the lights of Mosul, still controlled by ISIS, and wonder, “Where are you God?” 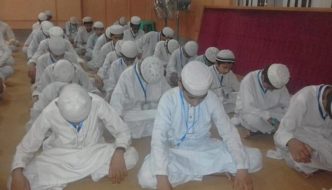 3,000 Muslim children from the UK attend madrasas in Pakistan that preach jihad violence 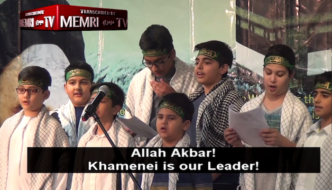 Houston: Muslim children sing “Allahu akbar, Khamenei is our leader…we are your soldiers” 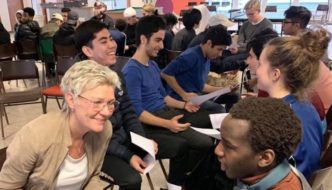 This week, watching videos from the Syrian village of Baghouz, where the Kurdish-led Syrian Democratic Forces are fighting to capture the last patch of ISIS territory, I remembered my days with the Yazidis. In these videos, we see ISIS members and their wives expressing no regrets about what they did to Yazidis. Some of the wives even defend the enslavement of the Yazidis and say it is allowed by Islam. There are not only Iraqis and Turks among the wives, but there are also Finns, French, Norwegians, Afghans, British, Canadian, Dutch, Russians, Belgians, Indonesians, Filipinas, Bosnians, Chechens and other nationals.

In one of the videos, an ISIS wife from Turkey, Fatma Yılmaz, who was married to five different ISIS fighters in five years, talks comfortably about the massacre and its rapes, looting and killings. She said she joined ISIS to have a comfortable life. A comfortable life killing others!

In another video published by the Daily Mail, an ISIS wife defends the jihadists’ rape and murder of Yazidi women, saying it is “allowed in the Quran”.

Last week, another woman who had fled Baghouz, who said she was British and converted to Islam seven years ago, said that the caliphate is “not yet over”. Without bringing the ISIS wives and those who assisted the jihadists to justice, ISIS will never be over. Many Yazidi women and children are still being held captive by ISIS, still waiting for freedom and justice. Thousands of Yazidis buried in mass graves are waiting for justice.

If the world wants to stop bearing witness to such horrors, then the international community must act to make the perpetrators of these crimes accountable.