Independent senator Fraser Anning has been censured by parliament for “shameful and pathetic” comments linking the Christchurch terror attacks to Muslim immigration. #9News

A bunch of tearful, pathetic wankers went against a single truthteller. This is bad news for Australia. The Christchurch mosque massacres are being used to shut down any negative word related to Islam, including opposition to jihad mass murder and Sharia oppression. There could be jihad activity in New Zealand; what would be preventing it? Jihad against unbelievers is taught in the Qur’ans they read in New Zealand as much as it is in the Qur’ans they read everywhere else. So what did Winston Peters say — 14 years ago — that was false? The very fact that he is being made to answer for these statements now is a manifestation of the witch-hunt, Cultural Revolution collective hysteria that is currently gripping the public square. 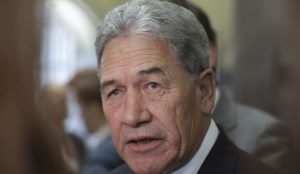 $46m counter-terrorism training centre to be built in Qld

A COUNTER-terrorism training facility that will teach tactical police how to respond to a terrorist attack in Queensland is a step closer to completion.

The $46 million project including two firearms ranges and a scenario village will built by Queensland company FKG Group and is expected to open next year, Police Minister Mark Ryan announced on Sunday.

Without Islam, we wouldn’t need any of this. When will the government share with us the stats showing the % of right, left and muslims on the terror watch list? 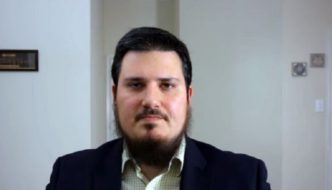 Let it all hang out. Why pretend you disagree? The resistance is melting away already: 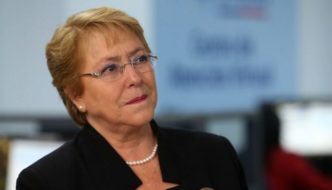 Islamophobia at the UN: Rights chief condemns Brunei’s stoning for gays and amputation for theft as “inhuman”

Brunei is simply implementing Sharia. Doesn’t Michelle Bachelet know that Saudi Arabia and Iran and other Sharia states put homosexuals to death and amputate hands for theft? Will the OIC condemn her “Islamophobia,” or bide its time, preferring to continue to fool Western leaders, who are so very eager to be fooled….

He equates homosexuals with pedophiles & sexual-deviants Christchurch-based Super Rugby team the Crusaders is considering changing its name and branding in response to a terrorist attack in the city:

Perhaps they should call themselves “jihadists”.

For Merkel, the people are the enemy.

This Stasi hag has done more damage to Germany  than the Nazis.

“Freedom of Speech Must Be Strictly Regulated”

4 thoughts on “Fraser Anning vs “Islamophobia””