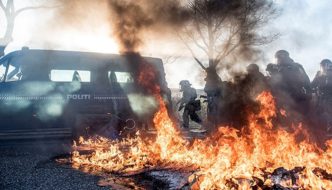 This is only the beginning. There will be more to come.

“At least 23 people were arrested in connection with violent riots that broke out when a far-right anti-Islam activist threw a copy of the Koran in the air.”

Note the branding of the man as “far right,” but no mention of the identity of those who were rioting. The title should have been: “Muslims erupt in violent riots because anti-Sharia activist threw a copy of Koran in the air.”

This is why people in the West are scared of Islam, and for this reason, Islamic supremacists call Westerners “Islamophobic.” It’s a win-win for them. 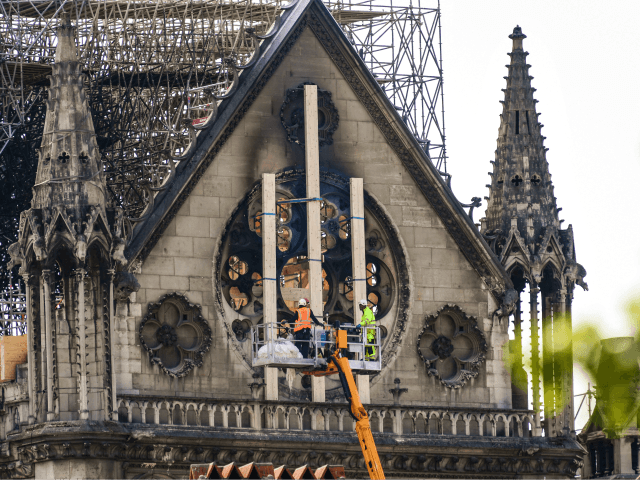 Modern architects have begun circling the charred remains of Notre Dame, proposing that it should not be faithfully restored, but rebuilt with “contemporary” features such as a glass roof, steel spire, or even a minaret.

With leading academics and professionals in architecture generally being hostile to building or restoring anything in styles predating the infamous Le Corbusier (Charles-Édouard Jeanneret) and the Bauhaus school, they were quick to pounce when President Emmanuel Macron’s prime minister announced there would be a competition to “ask the question of whether we should even recreate the spire as it was conceived… Or if, as is often the case in the evolution of heritage, we should endow Notre-Dame with a new spire”.

Perhaps most controversial is a proposal in Domus, the architecture magazine, by Tom Wilkinson, for the fallen spire to be replaced with an Islamic minaret, to memorialise Algerians who protested the French government in the 1960s.

“Several right-wing commentators” have suggested the fire was set intentionally, though have provided no evidence to support their claims.

One thought on “Koran Riots in Denmark (again)”