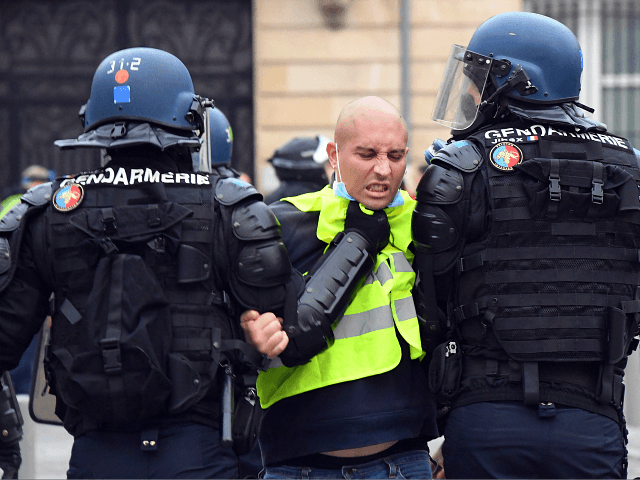 The French Government considering bold tax cuts as a means to address the concerns driving the Yellow Vest protest movement, which is now in its 21st week.

The consideration of tax reform — a major issue in a country which has the highest recorded tax burden of any developed nation, at 46 percent of Gross Domestic Product (GDP) — comes after a three month national consultation period between government and governed. Taking the form of a series of town-hall-style meetings between senior government figures including top globalist President Emmanuel Macron, the consultation has now lasted a remarkable 10,000 hours and has yielded some inevitable results.

The title of the video – “Paris is dead”.

Text: “Next to the cafés on the world’s most beautiful avenue, the vans of the riot police. A police tank. Policemen walk on top of the Arc of Triumph. Fences that cannot be crossed. Fouquet’s looking like a bunker. Security was impressive. Traffic was carefully controlled – traffic both of cars and pedestrians. Special brigades were deployed in each sector.”

If demonstrations were banned on the Champs-Élysées, it did not deter the demonstrators from going elsewhere, determined as they were to keep the flame of the Gilets Jaunes movement alive. Here are two scenes from the heights of Montmartre, with the Sacré-Coeur church in the background, and the city sprawled out before them in the second photo. (Le Salon Beige) 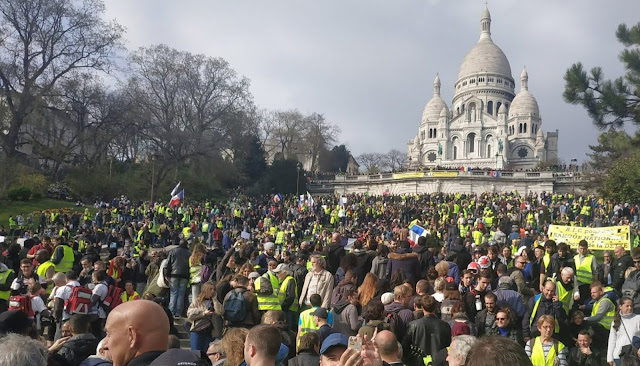 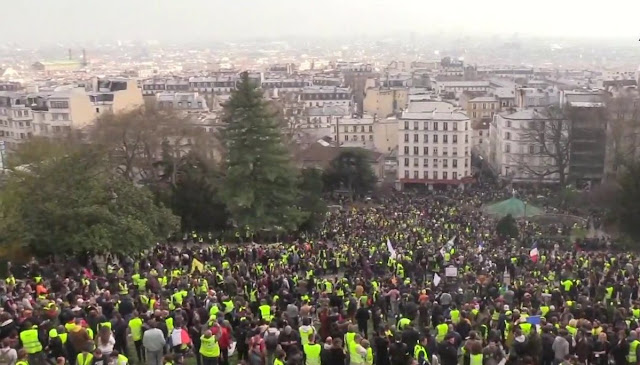 In the city of Nice, where demonstrations had been banned, there was also violence, and one woman, 74, was seriously injured when she was knocked down and struck her head on a cone. She was able to say that she had been attacked by a policeman. She is now in a coma and the outcome is uncertain. Some have called her naive to attempt to participate in a banned demonstration that was almost certain to turn violent. Below, the scene of the accident. (Dreuz) 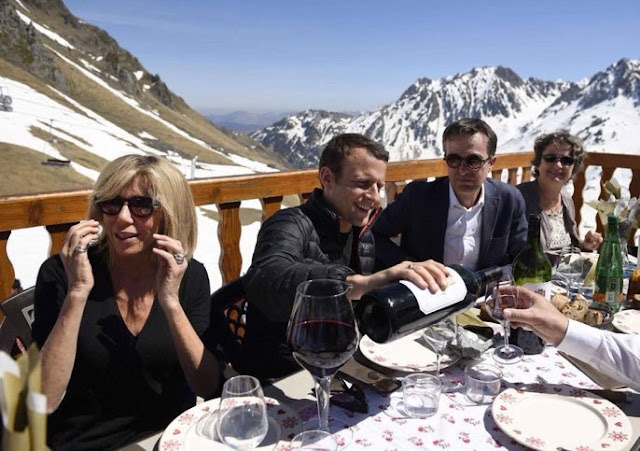 In France today, the incompetence and arrogance of the government is the most popular topic of discussion. A photo of Macron and his wife enjoying themselves in the mountains while Paris burned has become emblematic of his indifference towards the people.

One thought on “Macron fiddles while Paris burns”