Hijab tugging tales are worse than any jihad attack, according to Islamic agitprops. Ignore the daily terror by Islamic savages, just concern yourself with imaginary diseases like “Islamophobia”

The goalposts have moved. Now, merely talking about mass immigration in anything other than a positive light gets you labelled a “white nationalist”.

Tucker Carlson didn’t even mention race once in this clip. In fact, he called “religious pluralism” an *AMERICAN IDEAL*

Merely talking about immigration now makes you a racist. The designation, the first time any government entity will be branded as terrorist, will be accompanied by an alert to U.S. forces to warn of possible retaliation

WASHINGTON—The Trump administration is preparing to designate Iran’s Islamic Revolutionary Guard Corps as a foreign terrorist organization, U.S. officials said, a step that would vastly escalate the American pressure campaign against Tehran but which has divided U.S. officials.

Yesterday Radio Praha reported that: The British activist Tommy Robinson is set to appear in the Czech lower house of Parliament on Friday, the daily Denik N reports. Mr Robinson, who is coming to Prague on the invitation of ANO party MP Milan Pour, is due to attend …Read More…From Radio Praha Following his ban from Snapchat yesterday, the TR.NEWS team set up a Telegram group for Tommy Robinson to once again be able to connect with the people directly.

Overnight, the new Telegram group has attracted more than 5000 members.

Telegram has a similar structure to WhatsApp but is not owned by Facebook, it’s owned by a Russian pair of businessmen who have shown not to cower to political pressure.

Unlike WhatsApp, Telegram allows groups with no maximum capacity.

That’ll work like a charm. Denial that the problem exists will not fool the victims of the invading Mohammedans. The whole of Sweden is becoming a ‘no-go zone’. The description of their no go zones/Islamic s#itholes as “vulnerable areas” is pathetic.

There is nothing “vulnerable” about these areas unless they are describing it from the perspective of how their police and emergency services feel when they have to enter them.

Sweden is rapidly being annexed. 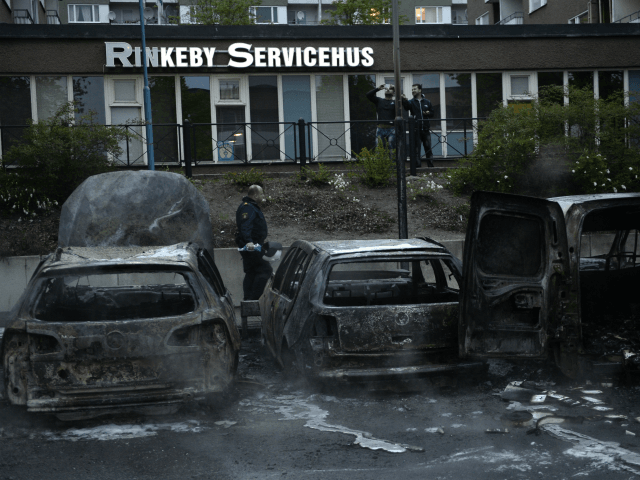 Swedish police are considering withdrawing the newest update to their country’s list of “vulnerable areas” from the public after complaints by local politicians.

The list of particularly “vulnerable areas,” of which some are sometimes referred to as “no-go areas,” lists 23 different neighborhoods and districts and is compiled by the Swedish police on a national level, broadcaster SVT reports.

While the list has been released and updated for a number of years, some local politicians are pushing back against it, even asking that their areas be removed from the list entirely.