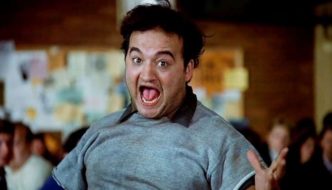 What kind of “fraternity” can Christians enjoy with Muslims in light of these teachings:

Muslims must fight against and subjugate Christians: “Fight those who believe not in Allah nor the Last Day, nor hold that forbidden what has been forbidden by Allah and His Messenger, nor acknowledge the religion of Truth, of the People of the Book, until they pay the Jizya with willing submission, and feel themselves subdued.” — Qur’an 9:29

“Pope Francis suggested Tuesday that ‘huge economic interests’ are at work in the digital world, capable of manipulating ‘the democratic process.’” He continued: “The way many platforms work often ends up favouring encounter between persons who think alike, shielding them from debate….These closed circuits facilitate the spread of fake news and false information, fomenting prejudice and hate.”

As subtle as the Pope’s speech may sound, he has has long castigated truth-tellers for resisting open-door immigration due to specific concerns about the Islamization of Western countries, not because of “prejudice,” “hate,” or discrimination. Western countries have been accepting of immigrants.

The Pope uses the same type of language that the European Union has been using against those who try to preserve free societies in the face of open-door immigration. EU chief Guy Verhofstadt — who is also President of an organization called “Group of the Alliance of Liberals and Democrats for Europe” — has accused Poland and Hungary of being “illiberal” and working contrary to traditional values. He stated rightly that “the European Union… was built to guarantee our citizens’ freedom, democracy and the rule of law,” but overlooks the fact that Poland and Hungary are trying to preserve those values. It is the EU that has been bullying these countries to surrendering these values to Islamic supremacists.

While the Pope accuses “huge economic interests” at work in the digital world, it is worthwhile to remember that the “US Catholic Bishops received over $95 million from US taxpayers in 2016 for refugee/migrant care.”

No. God doesn’t want us to submit to Allah. The South American commie pope should be locked up in a padded cell for his own good.

It is also the Leftist mainstream media and its allies that shut down open debate about Islam and the threats that Islamic doctrine poses to free societies.

The Pope fails to highlight the “huge economic interests” of jihad groups, because to do so would not suit his interests. An Assyrian group that fled war in Syria once filed a lawsuit in North Carolina against the Turkish-Kuwaiti Bank for funding jihad terrorism and:

It is no secret that major jihad-funding groups disguise themselves as aid groups while bankrolling terror organizations across the Middle East and beyond. Recall the Holy Land Foundation trial, the largest terror funding trial in U.S. history, which unveiled the charity’s material support for Hamas and also a list of approximately 300 “unindicted co-conspirators” that included CAIR and other mainstream Muslim organizations operating in North America.

When the Pope decides to remove his own screening practices of who enters the Vatican, along with his protective walls and security personnel from around the Vatican, as he exhorts Western nations to do, perhaps he would be more convincing.

Pope Francis has received no gratitude from those whom he is enabling. Last year, the Islamic State threatened to assassinate him. The year before that, “another pro-ISIS group depicted a van full of weapons heading towards the Vatican and vowing ‘Christmas blood.’” Meanwhile, Ahmed al-Tayeb, the Grand Imam of Cairo’s al-Azhar, has thanked Pope Francis for his “defense of Islam against the accusation of violence and terrorism.” 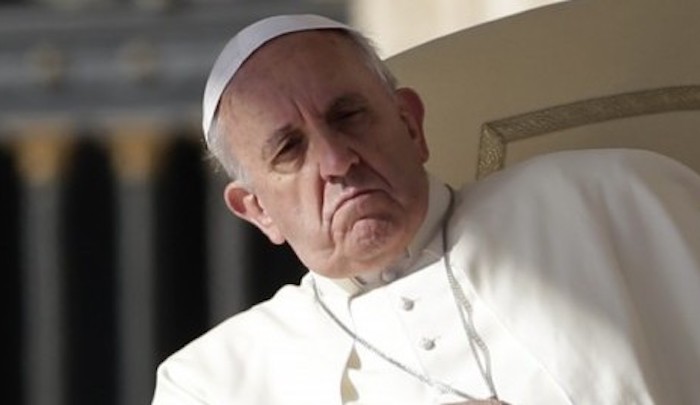 Pope Francis suggested Tuesday that “huge economic interests” are at work in the digital world, capable of manipulating “the democratic process.”

.
“The proliferation of fake news is the expression of a culture that has lost its sense of truth and bends the facts to suit particular interests,” the pope said in a book-length letter bearing the Latin title Christus Vivit (Christ Is Alive).

“It should not be forgotten that there are huge economic interests operating in the digital world, capable of exercising forms of control as subtle as they are invasive, creating mechanisms for the manipulation of consciences and of the democratic process,” he said.

Moreover, social media create polarization and ideological ghettos, the pontiff proposed, as people only listen to those who share their particular worldview.

“The way many platforms work often ends up favouring encounter between persons who think alike, shielding them from debate,” he wrote. “These closed circuits facilitate the spread of fake news and false information, fomenting prejudice and hate.”

The internet and social media are powerful instruments capable of destroying a person’s good name, he said, without allowing them any defense.

“The reputation of individuals is put in jeopardy through summary trials conducted online. The Church and her pastors are not exempt from this phenomenon,” he said.

This is not the first time the pope has come out against fake news, a phenomenon he once likened to “excrement.”

Last year, Francis denounced “fake news” as a serious problem in the modern age, while calling on journalists to break oligarchies that present just one version of the story.

“In today’s fast-changing world of communications and digital systems, we are witnessing the spread of what has come to be known as ‘fake news,’” the pontiff said, suggesting that homogeneous news cartels without the necessary competition easily spread disinformation.

“Disinformation thus thrives on the absence of healthy confrontation with other sources of information that could effectively challenge prejudices and generate constructive dialogue,” the pope said. “Instead, it risks turning people into unwilling accomplices in spreading biased and baseless ideas.”

The Vatican itself has not proved immune to the phenomenon of fake news.

A year ago this month, the Vatican was caught doctoring a photograph of a letter from Emeritus Pope Benedict making it look as if he were endorsing a series of books on the theology of Pope Francis…..

Jesus was not crucified: “And because of their saying: We killed the Messiah, Jesus son of Mary, Allah’s messenger – they did not kill him or crucify him, but it appeared so to them; and those who disagree concerning it are in doubt about it; they have no knowledge of it except pursuit of a conjecture; they did not kill him for certain.” — Qur’an 4:157

Christians have forgotten part of the divine revelations they received: “From those, too, who call themselves Christians, We did take a covenant, but they forgot a good part of the message that was sent them: so we estranged them, with enmity and hatred between the one and the other, to the day of judgment. And soon will Allah show them what it is they have done.” — Qur’an 5:14

Those who believe that Jesus is God’s Son are accursed: “The Jews call Ezra a son of Allah, and the Christians call Christ the son of Allah. That is a saying from their mouth; they but imitate what the unbelievers of old used to say. Allah’s curse be on them: how they are deluded away from the Truth! ” — Qur’an 9:30

Christians who do not accepted Muhammad and the Qur’an are the most vile of created beings: “Nor did those who were given the Scripture become divided until after there had come to them clear evidence. And they were not commanded except to worship Allah, sincere to Him in religion, inclining to truth, and to establish prayer and to give zakah. And that is the correct religion. Indeed, they who disbelieved among the People of the Book and the polytheists will be in the fire of Hell, abiding eternally therein. Those are the most vile of created beings.” — Qur’an 98:6

Also, a hadith has Muhammad predicting that Jesus will return at the end of the world and break the cross, as it is an insult to Allah’s power to say that he would have allowed one of his prophets to be crucified:

Narrated Abu Huraira: Allah’s Apostle said, “By Him in Whose Hands my soul is, son of Mary [Jesus] will shortly descend amongst you people [Muslims] as a just ruler and will break the Cross and kill the pig and abolish the Jizya [a tax taken from the non-Muslims, who are in the protection, of the Muslim government]. Then there will be abundance of money and nobody will accept charitable gifts. (Bukhari 3.34.425)

Muslims have sometimes taken this to mean not just that crosses will be destroyed in the end times, but that they should be now. In Spain in 2015, Muslims broke into a church, spray-painted “Allah” on wall, and destroyed the crucifix. In Pakistan in 2014, Muslims destroyed a church that was under construction, and desecrated the cross. When the Islamic State occupied Mosul, it made destruction of all crosses in the city a top priority.

Here, in conclusion, is my favorite New Testament verse, this time referring to Professor John Nassivera: “Leave them; they are blind guides. And if a blind man leads a blind man, both will fall into a pit.” (Matthew 15:14) 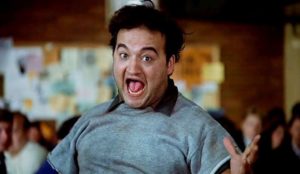 “With Muslims, we are descendants of the same Father, Abraham: why does God permit there to be so many religions?”…

“But what God wants is fraternity between us and in a special way – here is the reason for this trip – with our brothers, sons of Abraham like us, the Muslims. “We must not be afraid of difference: God allowed this. “We must be afraid if we do not work in fraternity, to walk together in life”.