Children of women raped by ISIL men will not be accepted into Yazidi community, say the sect’s faith leaders.

Children born to Yazidi women raped by Islamic State of Iraq and the Levant (ISIL or ISIS) fighters will not be permitted to join the community in northern Iraq, the minority sect’s faith leaders have said.

Sly Taqiyya Gigolo Yasir Qadhi Wants You to Believe That the Sharia is a Tasty Morsel, and  Not Wanting to Suck it Up is Just Fearmongering…

“Sharia originates with the Quran and the Sunnah, it is not optional. Sharia is the legal code ordained by Allah for all mankind. To violate Sharia or not to accept its authority is to commit rebellion against Allah, which Allah’s faithful are required to combat.” Robert Spencer

Man Who Drove Into Pedestrians in California Was Targeting Muslims, Police Say 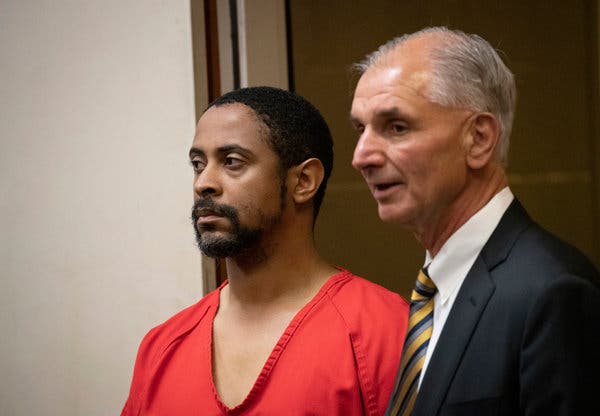 Isaiah J. Peoples, who faces eight counts of attempted murder, appeared in court on Friday with his lawyer, Chuck Smith
.

Only the creeps from the New York Times would see “nothing wrong” with this cartoon: Pope Calls for Evacuation of Refugees in Libya

Some 140 refugees are expected to arrive in Rome from Libya on Monday. According to the International Organization for Migration (IOM), some 6,000 migrants are currently held in official detention centers.

On Saturday night, Khalifa Haftar’s Libyan National Army (LNA) carried out airstrikes on Tripoli, killing at least 11 people and wounding some 30 others, according to the Italian news agency ANSA.

In a statement late on Saturday, the Yazidi Supreme Spiritual Council said an earlier declaration stating “all survivors” of ISIL crimes and their children would be accepted in the community did not, as widely interpreted, “include children born of rape, but [instead] refers to children born of two Yazidi parents”.

Children born of rape by ISIL forces have been the subject of fierce debate in the insular community, which once numbered about 500,000 people and only recognises children as Yazidi if both their parents hail from the sect.

It had also long considered any women marrying outside the sect to no longer be Yazidi.

But in 2015, a year after ISIL fighters stormed the Yazidi heartland in Iraq’s Sinjar region – massacring men and imprisoning thousands of women as sex slaves – Yazidi spiritual leader Baba Sheikh issued a decision welcoming those women back home.

And last week, Hazem Tahsin, head of the Supreme Faith Council, issued what appeared to be a landmark shift, publishing an order “accepting all survivors [of ISIL crimes] and considering what they went through to have been against their will”.

The decision was hailed as “historic” by Yazidi activists, who understood it to mean that children born of rape would be allowed to live among their Yazidi relatives.

But the council clarified its position late on Saturday, blaming the misunderstanding on “distortion” by the media.

Ali Khedhir Ilyas, a Yazidi official, said on Sunday the council encourages the women to return with their children, no matter the parentage, but added that they “cannot force the families to accept” those born of rape.

“So many women taken captive by ISIS fighters who later gave birth to children from rape have told me how painful it was for them to give their children to orphanages or to the fighters’ families before they were able to return home to their community,” she wrote.

Shame on the community! So many women taken captive by Isis fighters who later gave birth to children from rape have told me how painful it was for them to give their children to orphanages or to the fighters’ families before they were able to return home to their community

The Yazidi Supreme Spiritual Council has clarified that it will *not* accept into the community children born to ISIS fathers as a result of rape. Only those who were kidnaped by the group during the genocide. https://twitter.com/leloveluck/status/1121368314259955714 …

Many of the community’s women who were kidnapped have escaped in recent years, and dozens more fled to safety in the last few months as ISIL’s so-called “caliphate” crumbled in Syria.

An estimated 3,000 Yazidis are still missing after ISIL’s assault.

In Iraq, children inherit the religion and nationality of their father, so those born to Sunni Muslim men would have the same religion.

Those born to suspected ISIL fighters who are either missing or dead are at risk of remaining stateless because of lack of proof of their father’s identity.

Earlier this month, Iraqi President Barham Salih proposed a bill to parliament that would provide reparations for Yazidi female survivors of ISIL crimes and establish a court to clarify “civil status” issues.

One thought on “The cruelty of the Yazidis”