“The Australian National Imams Council” (ANIC) has encouraged Muslims to use the holy month of Ramadan to build bridges with others and try to clear up misconceptions of Islam in the wider community.

“the chasm between Islam and Jahiliyyah [society and government of unbelievers, or, pagan ignorance; specifically, a pre-Koranic state of ignorance ]is great, and a bridge is not to be built across it so that the people on the two sides may mix with each other, but only so that the people of Jahiliyyah may come over to Islam.” P. 515)

Imams and other Muslims who meet with non-Muslims are not so much having a “dialogue” as engaging in dawah, or Islamic proselytizing. It is a one-way street, and the non-hostile, non-threatening conviviality of Muslim clerics with the clerics of the People of the Book (Christians and Jews, called in the Koran apes and pigs) blinds the infidels to what is actually happening.

All Interfaith activities are thinly veiled postmodern assaults on reason that succeed by undermining basic principles of logic.

Politicians urged to act on “Islamophobia”

“Islamophobia” is an insult. It suggests that we suffer from a mental deficiency if we don’t like Islam. Anyone using that term against us should be subjected to public ridicule.

Australians found to be favorable toward immigration, but negative towards Islam

A new YouGov poll from Australia has revealed that Australians are favorable toward immigration but negative about Islam. There should be nothing surprising or deemed to be anomalous about those findings. Chances are that similar results would be replicated in studies across most Western countries.  Citizens however are wary of admitting publicly about their sentiments with regards to Islam, lest the “Islamophobia” battering ram starts beating them down. Mainstream media and globalists have perpetually referenced those with valid concerns about Islam and the Islamization of Western countries as “anti-immigrant”. This invented link between negativity toward Islam to views about immigration could not be more inaccurate.  To be wary about any doctrine in fact, that promotes abuses is to be prudent, not ‘anti-immigrant’ and not ‘racist’.

Normative Islam promotes such “values” as supremacy of its doctrines above all others, conquest of infidels, anti-semitism, the inferiority of women, the murder of gays, the murder of apostates, sex slavery, child marriage, wife-beating, FGM and the like–not to mention the astronomical incidence of human rights abuses in the name of Islam. To not like such doctrine has nothing to do with being anti-immigrant. 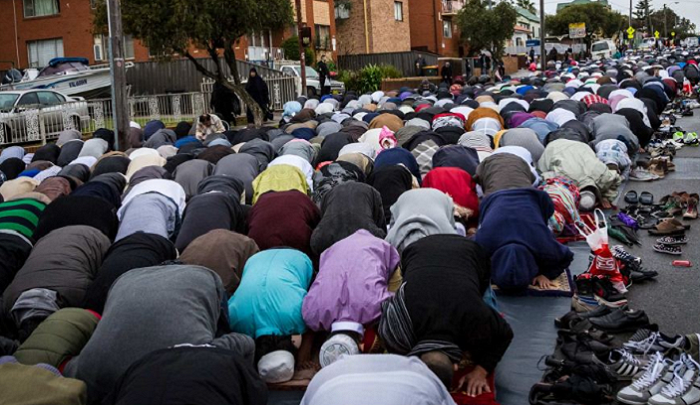 “Australians accepting of migrants but negative towards Islam, poll finds”, by Naaman Zhou, The Guardian, May 3, 2019:

2 thoughts on “Aussie Politicians Urged to Act On “Islamophobia””