Violent expressions of muslimness claim the lives of ‘unbelievers’ through bombings, shootings, stabbings and other forms of spindling and mutilating, leading to an uptick of ‘islamophobia’ and muslim victimhood – including hedjab-tugging tales and bacon abuse, thanks to Mullah (pbuh)

Islamophobia: Time to define it? (Roundtable) I guess to do something about it would be “Islamophobic”, or “racist” or something…

Detectives investigating child sexual exploitation in Rotherham have arrested 40 people over the past two months.

The 38 men and two women were questioned following allegations made by 13 victims about sexual abuse against them between 1997 and 2015.

The National Crime Agency said the people arrested are aged between 29 and 53 and are from Sheffield, Rotherham, Leeds, Dewsbury, and Maidstone in Kent.

All have been bailed or released under investigation pending further inquiries. 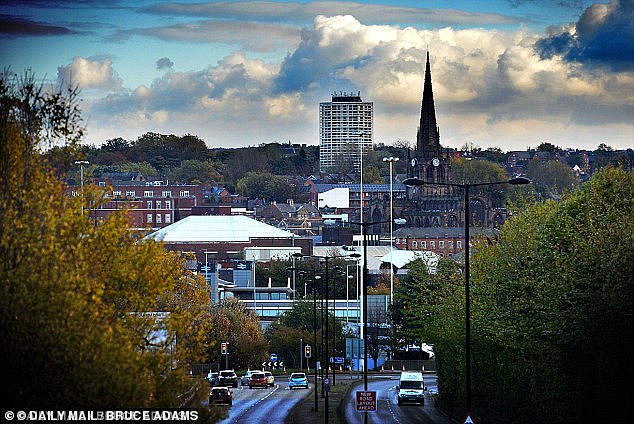 The spokeswoman said the victims in the latest cases were aged between 11 and 26 at the time of the alleged offences.

The National Crime Agency, often called ‘Britain’s FBI’, is conducting a huge investigation after a 2014 report found more than 1,000 young girls had been abused in the South Yorkshire town.

Scandals have since engulfed other towns and cities, including Newcastle, Telford and most recently Huddersfield, with a series of similar gangs jailed.

Vulnerable young victims were typically given drugs and alcohol before being passed around between men of Pakistani heritage to be raped and sexually assaulted at will.

Authorities did little to tackle the abusers or save their young victims from their terrible ordeals, often due to fears over being labelled racist.

The latest arrests are part of the ongoing Operation Stovewood investigation. The Religion of Peace website is a tad more accurate:

While Sri Lanka is still trying to deal with the wave of terror that left over 250 people dead and about 500 injured nationwide, the German outlet Die Welt has pointed out that radical Islamist terror became a determining factor in global politics after the attacks on the World Trade Centre in New York on 11 September 2001.

Since 9/11, Islamist extremists have perpetrated at least 31,221 attacks and killed 146,811 people worldwide, a study by the German outlet Die Welt am Sonntag has found out. According to its article “18 Years of Terror”, the number of violent attacks with at least 12 victims exceeds 3,000 acts, with 95,934 dead. Most of the victims have been Muslim.

The geography of Islamist terror stretches from European cities, such as Brussels, Berlin, Paris, London, Madrid, and Barcelona – to the Middle East, Asia, and Africa, where attacks are more frequent. India and Afghanistan, Iraq and Nigeria – all these countries have witnessed numerous deadly strikes.

The newspaper analysed information from the Global Terrorism Database compiled by the University of Maryland and counted the attacks carried out by jihadists and members of different terror groups, including al-Qaeda, Daesh*, Boko Haram, and al-Shabaab.

The attacks on the US on 11 September 2001 mark the beginning of the tragic count. On that day 18 years ago, al-Qaeda terrorists hijacked airplanes to bring down the twin towers of New York City’s World Trade Centre and attack the Pentagon, with one crashing in a Pennsylvania field. The attack — the worst in the history of the US — claimed the lives of some 3,000 people.

One of the deadliest Islamist terrorist strikes hit Spain on 11 March 2004, when multiple explosions on commuter trains during rush hour in Madrid left 193 dead and 2,000 injured. The bombings said to be the most deadly attack in the history of Spain and Europe’s worst terror act since the 1988 Lockerbie bombing, were attributed to a radical Jihadist cell linked to al-Qaida.

Islamist militants from Boko Haram have been behind the most gruesome attacks in Nigeria. One of their most egregious acts was an operation against the towns of Gamboru and Ngala in May 2014. Over the course of 12 hours, the extremists killed some 300 residents.

In recent years, Daesh has carried out numerous attacks in Iraq. In 2014, the terrorists targeted Iraqi Air Force cadets in Tikrit, slaughtering some 1,570 Shia and non-Muslim students.  One of the deadliest attacks came two years later, in July 2016, when coordinated car bombings in a predominantly Shia district in Baghdad took the lives of at least 340 people.

The terrorist attacks in the French capital on 13 November 2015 were considered the worst in France’s history and resulted in a two-year-long nationwide state of emergency. Three coordinated groups of terrorists staged a series of attacks in Paris and one of the city’s northern suburbs, Saint-Denis, which left 130 dead and over 350 wounded. A series of explosions occurred outside Stade de France. In north-eastern Paris, three gunmen burst into the Bataclan concert hall with approximately 1,500 people inside, opening fire and taking some of the audience members hostage.

Half a year later on July 14 2016, a 19-tonne cargo truck drove into a crowd of people who were celebrating Bastille Day on the Promenade des Anglais in Nice, France. The incident took the lives of 86 people and injured 434 more. Daesh claimed responsibility for the terror attack.

Belgium became yet another target of terrorists in 2016. On March 22, 2016 two explosions hit Brussels Airport, with a third detonating inside a train carriage at the Maalbeek metro station half an hour later. A total of 32 people were killed, and over 300 more were injured. Daesh claimed responsibility for these attacks as well.

One of the deadliest attacks in Africa dates back to 2017. In October of that year, 588 people were killed and more than 300 injured in suicide truck bombings in Mogadishu, Somalia. The attack was attributed to Islamist terrorists from al-Shabaab. Just a month later, Egypt’s deadliest terrorist act was carried out by dozens of Daesh radicals. They stormed a mosque near the city of Bir al-Abed, killing 311 people.

Syria has suffered numerous terror attacks since the civil war broke out there in 2011. One of the deadliest strikes was carried out last July by Daesh. At least 255 people died in suicide bombings and gunfire in the Syrian city of Sweida.

This list of the deadliest terror acts concludes with the Easter bombings in Sri Lankaon 21 April 2019, when multiple blasts killed at least 253 people and injured over 500 others in hotels and churches. The Daesh terrorist group (banned in Russia) has reportedly claimed responsibility for them.

.
Around five percent of the UK population is made up of Muslims, but many from the British Muslim community have been left feeling scared after hate crimes against Muslims increased by 70% in the past year. But the UK government is yet to adopt a definition of Islamophobia. At the end of last year, Parliament was urged by more than 50 cross-party MPs to adopt a definition of Islamophobia as a form of racism. Joining us at the Roundtable today is Afzal Khan MP from the All-Party Parliamentary Group on British Muslims, Mohammed Amin from Conservative Muslims Forum and Imran Shah from Muslim Public Affairs Committee (MPAC UK). Roundtable is a discussion programme with an edge. Broadcast out of London and presented by David Foster, it’s about bringing people to the table, listening to every opinion, and analysing every point of view. From fierce debate to reflective thinking, Roundtable discussions offer a different perspective on the issues that matter to you. Watch it every weekday at 15:30 GMT on TRT World.