Orban Labels Salvini ‘Most Important Person in Europe’ Ahead of Visit 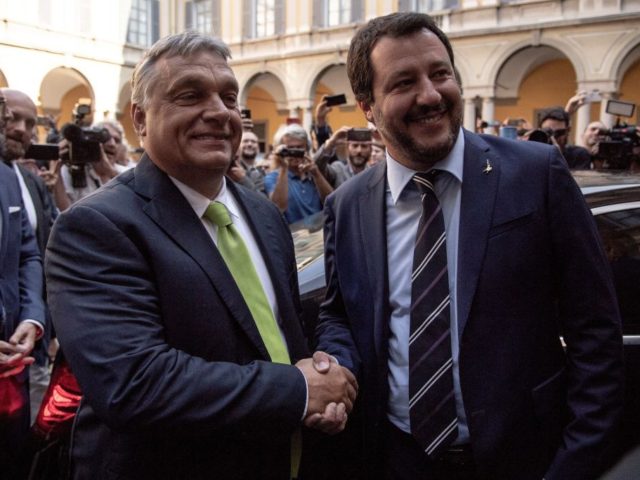 Hungarian prime minister Viktor Orbán has again praised Italian populist Matteo Salvini, calling him the most important person in Europe ahead of Salvini’s visit to Hungary this week.

Salvini, Deputy Prime Minister and Minister of the Interior in Italy’s League/Five Star coalition government, is set to meet the Hungarian leader in Budapest on Thursday, which will mark the latest meeting between the two populist politicians who have become closer allies over the last year.

…there was a surge of transfers to Bitcoin wallets allegedly used by ISIS the day before the coordinated attacks which left hundreds of people dead.

Decline of Christianity Will See German Church Congregations Cut in Half

Widespread child abuse by clergymen and the antics of this heretic pope don’t seem to work in favour of the Catholic church.

But the Mohammedans are worse, far worse:

The court heard Khan wanted to be “a martyr” and egged on police to shoot him after stabbing Mr Greenhalgh.

He was tasered, taken into custody and later charged with committing a terrorist act with the intent to influence the Australian Government. Stabbing your infidel neighbour is “like eating a chocolate bar”

In Theresa May’s UK, it is a crime to be “anti-Muslim”.

All Mohammedans, no exception, are by the law of allah commanded to emulate Muhammad, who married Aisha when she was six & consummated the “marriage” when she was nine. Fact.

One thought on “UK: 15 months for helping to “organise an anti-Muslim demonstration””