Fighting ‘white supremacy’ is when a gang of masked white guys violently attack an unarmed, gay Asian man. (Andy Ngo)  He deserved it because he was exposing hate crimes hoaxes and documenting Antifa violence. Three Arrested in Connection with Violent Antifa Protests in Portland

Portland Police confirmed that some of the milkshakes thrown by Antifa thugs (pictured) contained quick-drying cement.

New poll says nearly half of young people don’t use deodorant. They must be Democrats — the party that gave us 8 years of “B.O.”

But the Charlottesville guy was a “white supremacist”.  No one expected him to get a fair trial.

Italy’s appeal to fellow European Union nations to take some of the 40 migrants still aboard a rescue ship anchored off a tiny Mediterranean island in a weeks-long standoff has obtained a “positive” response from five countries, the Italian foreign minister said Friday.

“Positive” in this context is the same as if your AIDS test comes back “positive”. There is nothing ‘positive’ about distributing unassimilable savages all over Europe.

“Generations of people fought for the right to blaspheme against religion. We’re now backtracking on that and offering one religion in particular — Islam — special protection from criticism. This is so wrong. People must be free to doubt and mock Islam.”

#AntifaThugs appeared to be using some form of thick mixture to throw over their targets in Portland Oregon, disguised as “milkshake” #CtrlLeftAltRightDelete pic.twitter.com/Ta788slt8i

‘The Muslim Brotherhood is largely secular…’

Many officials in Western nations, including the United States, have regarded the Muslim Brotherhood as a relatively moderate movement that has eschewed violence.

But an official statement made it clear this week that as far as the Brotherhood is concerned, there will be no peace in the Middle East as long as Israel exists.

And in a revealing video report, Muslim Brotherhood leaders in the United States and abroad made it clear that their ultimate objective remains the replacement of every governmental system on earth with Islamic law. END_OF_DOCUMENT_TOKEN_TO_BE_REPLACED

Traitor politician Walter Lübcke eliminated. He had it coming.

But now, the Merkel regime & its propaganda organs are ganging up on the last bastions of resistance, especially the blog “Politically Incorrect”, which has long been a thorn in the side of the regime.

The Crackdown: MSM come after Free Press over Far-Right Murder in Germany

By VOICE OF EUROPE

The attack on free speech in the name of combating violence and “hate speech” continues to escalate: In Germany, MSM are trying to frame alternative media for the murder of CDU politician Walter Lübcke by a deranged far-right crazy.
.

Kassel regional government president Walter Lübcke, a member of Angela Merkel’s CDU, became a controversial figure in 2015 at the height of Merkel’s refugee influx, when he told a critic at a public debate, “If you don’t like the values of this country, you’re free to leave at any time.” The remark caused an uproar in patriotic German circles, Lübcke received a torrent of threats and online abuse which had since faded, however.

On June 2 of this year, Lübcke was found shot in the head in his yard. On June 15, suspect Stefan E. was arrested, who is active in far-right paramilitary group Combat 18 and was convicted of bombing a refugee home in 1993.

END_OF_DOCUMENT_TOKEN_TO_BE_REPLACED

Dr. Hafiz Mohammed Khalid Sidiqi doesn’t just want Shari’ah in Egypt, but he wants America to be ruled by it.

This thug also teaches at Berkeley’s Graduate Theological Union’s Center for Islamic Studies, and at several community colleges in the region. He is the director of the Islamic Education and Information Center, founder of the Islamic Law (Shari’a) Council.

The Islamic Law Council has no power whatsoever at this point–but you can rest assured that the Hafiz hopes that will soon change.

“It was the murder of that president, who was only trying to help humanity by bringing the truth of Islam. When Islam [was being] spread throughout the whole world, their slogan was only one thing: Justice, justice, and justice.”

Ignore the BS & the islamic fairytales. The essence lies in ‘justice’,

Justice for Dr. Hafiz Mohammed Khalid Sidiqi means Sharia, which denies equality of rights to women and others and obliterates the freedom of speech.

What about all the people who heard this sermon? What might they do in the future? Does anyone in authority ever stop to ponder the implications of sermons like this one?

Denmark: Islamoprop in schools gets blowback

Mo Ansar is an insufferable  Islamoprop. In the past he received a few smackdowns from the delightful, brave Katie Hopkins, who absolutely calls his bluff & doesn’t take any shiite from him. END_OF_DOCUMENT_TOKEN_TO_BE_REPLACED

They want the churches to be shut/converted to mosques..? pic.twitter.com/eTqInAqBOK 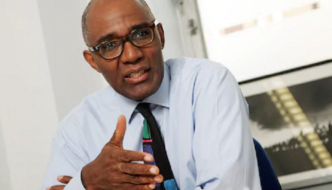 WATCH | Police attack activists in #Rennes in what is now the 33rd consecutive weekend of protests across France. The French people despise pro-EU stooge Emmanuel Macron and who can blame them? #ActeXXIII

Germany’s former intelligence chief Hans-Georg Maassen has called for an official parliamentary investigation into Chancellor Angela Merkel’s migration policy. Mr. Maassen was forced out of his position last year after he publicly questioned the government’s narrative on the “manhunt” in Chemnitz.

The Libyan coast guard “rescued” nearly 400 migrants off the coast of Libya over a period of four days this past week. Meanwhile, Finland, France, Germany, Luxembourg, and Portugal have reportedly agreed to take some of the migrants on board the migrant-ferry vessel Sea-Watch 3, to which Italian authorities have denied entry.

The commander of the NGO SeaWatch, who forced the disemarking of migrants in Italy’s ports against national and international laws, has been arrested and the ship has been confiscated. pic.twitter.com/1JuLJ0RF5U

The Nicaraguan police reports that four suspected mujahideen for the Islamic State were arrested attempting to cross the border with Costa Rica. Two of the suspects were Egyptians, and two were Iraqis.

Islamophobia is rife among Tory members. Johnson and Hunt can’t just ignore it

Members of the Conservative party believe in deeply Islamophobic myths, taint the entire Muslim community with responsibility for terrorism, and among other things say they would prefer not to have a Muslim as Britain’s prime minister.

“We can no longer ignore the rise in Islamophobia in the UK.”

City leaders are taking a stand against “abhorrent” Islamophobia in Newcastle. Newcastle City Council unanimously approved a motion on Wednesday night to adopt a definition of Islamophobia.

Looks like Newcastle’s cooked. You can stick a fork in it.

UK: Parents must not be allowed to remove their children from Islamic Indoctrination sessions

A study reveals many withdrawal requests are over the teaching of Islam.

Iman Atta, director of Tell Mama, an activist group which records and measures anti-Muslim incidents in Britain, told The Independent: “We have been hearing about cases where parents are pulling their children out of mosque visits as part of religious education since they do not want them to be near a mosque. ..

The clip shows a boy of African descent in Muslim clothing demonstrating the Islamic prayer to a group of mainly ethnically Danish children.

Sydney: Wannabe headchopper claims he “he abandoned his views”, but won’t stand for the judge

“Australian Muslim”, 29, Backed Out of Travelling to Syria to Join Terrorists Because His Views Were Even More Extreme Than ISIS Elmir had made the ‘spontaneous, impulsive and reckless decision’ following a religious pilgrimage to Mecca with his family, as they returned to Sydney.

Mr Scragg tendered a half-page, handwritten letter from Elmir on Friday stating he had changed his views.

Justice Davies warned the barrister that without Elmir being called to be cross-examined he would have ‘great difficulty’ accepting the untested statements.

‘It seems to me that these letters are frequently received on sentence,’ he said.

Ms McDonald added: ‘It’s very easy that when one is faced with the prospect of a sentence hearing for an offence with a very high maximum penalty … to assert to somebody ‘I have abandoned my views’.’

Elmir waved and smiled at his parents in the public gallery but did not stand for the judge.

A DISABLED grandfather has been sacked by Asda after colleagues complained to management about him sharing a Billy Connolly sketch about religion on Facebook. This man has been fired from his job at a supermarket for sharing a video on Facebook.

In the video, a comedian mocks the Religion of Peace.

Thank goodness there are still some brave supermarkets out there willing to uphold Islamic blasphemy laws.

Brian Leach, 54, was fired by the supermarket giant after seven colleagues complained a sketch he posted that was performed by Scottish comedian Billy Connolly was “anti-Islamic”. The father-of-one from Dewsbury, West Yorkshire, deleted the post and penned a heartfelt apology to his colleagues, but he was sacked for gross misconduct. Asda said Mr Leach, who had worked for the company for five years behind the tills, had breached their social media policy.

Facebook to give data on hate speech suspects to French courts

Putin attacks Western views on homo rights and multiculturalism and saysMohammedans are free to ‘kill, plunder and rape with impunity because their rights are protected’ ahead of G20 meeting with May

Australia gave a former Nauru detainee $98,000 to settle in Cambodia. He says that’s not enough

A (fake) refugee who previously said Australia abandoned him in Cambodia now acknowledges he received a lump sum of $38,000 for the education and health insurance of his children, on top of $60,000 in previous payments.

Abdullah Zalghani fled Syria with his wife and children in 2011,but left them in Lebanon while he tried to reach Australia.

His boat from Indonesia was stopped on the way to Australia in 2013, and he was detained on Christmas Island and Nauru.

In 2016, Mr Zalghani agreed to be resettled in Cambodia.

In exchange, he was to receive a package of cash and payments to a bank account totalling $60,000, as well as in-kind assistance, mostly provided by the International Organisation for Migration (IOM).

His wife and four children joined him in Phnom Penh in December.

Conclusive Footage of the EU Frontiers agency and NGO's in collusion to bring illegal immigrants into Europe…this is how the invasion of Europe is facilitated. pic.twitter.com/K3GrNTuvBS

Ten-Year-Old Migrant travelling with FAKED “FAMILY” raped by at least 20 men according to MEDICAL TESTING! And the Oscar for a fabricated dramatic reaction to a fence goes to…@AOC!

Swedish Man Convicted for ‘Hate’ Comments He Did Not Write

Especially not  in once great Britiain  which is already stuffed with way too many Mohammedan savages. But wait, this one’s also a Mohammedan. Could it have anything to do with him trying to emulate his prophet? I guess we will never know the answer…. Muselman who dragged a woman by her hair into an alley & raped her where he subjected her to an horrendous ordeal has been jailed to 13 years in prison.

Mahad Hussein was caught on CCTV pulling the victim, who cannot be named for legal reasons, into an alley off Ship Street, Brighton.

Oprah’s time came and went with the Kenyan experiment.

Obama’s Immigration Chief: It Was Obama, Not Trump, who put Children In ‘Cages’ 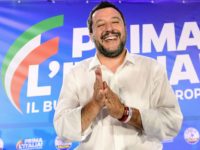 Migrants are obtaining “Rent-A-Kids,” and since Border Patrol cannot perform DNA tests to determine if children are related to adults most of the human traffickers get into our country.

If we use words like “migrant” for illegal aliens we are using the language of the enemy. 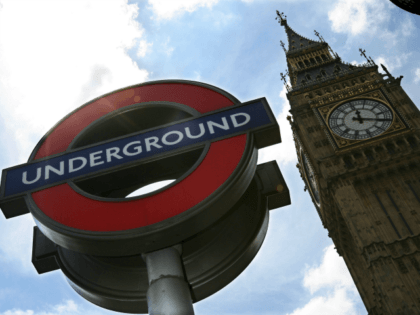 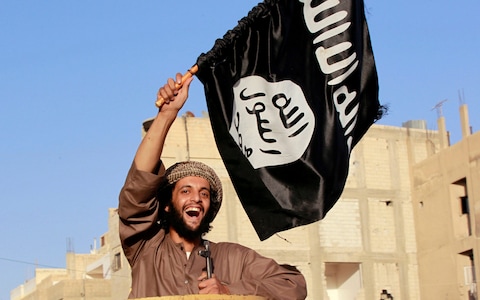