A 29-year-old man who allegedly planned to travel overseas to engage in “hostile activities” has been arrested by counterterrorism police in Melbourne.

This is the dumbest policy ever. To prevent soldiers of allah from going overseas to meet the virgins is idiotic. We should do everything we can to support their jihad and make sure they don’t ever come back. 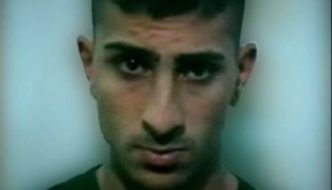 Australia: Jailed Muslim says his attack “was done for Islamic reasons…I hope to be rewarded by Allah”

No doubt that most learned of imams, Pope Francis, is on his way to New South Wales in order to explain to Bourhan Hraichie that “authentic Islam and the proper reading of the Koran are opposed to every form of violence.” “NSW inmate says he’ll always support jihad,” AAP, June 21, 2019

A significant increase in the number of “plane people” seeking asylum in Australia has resulted in the country’s longest refugee wait list in history, according to new figures from the United Nations’ peak refugee agency.