Australia: Sculpture of Man’s Chest Banned From Art Exhibit Because it May Offend Immigrants

“I can’t believe it, it’s staggering.” 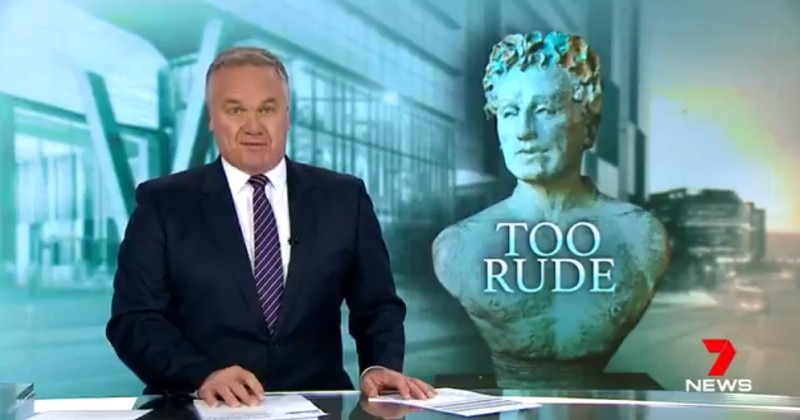 A sculpture of a man’s bare chest was banned from an art exhibit in Australia because the organizers feared nudity may offend people from other cultures and religions.

Sculptor Alan Goedecke, who describes the piece as “traditional” and “tame,” was told by organizers of the Melbourne event that the bust “has nipples on it, you can see what gender it is so therefore it’s banned.”

The owner of Collins Square, where the work would have been exhibited, said it was banned because, “More than 20,000 workers and families from a wide variety of cultures and religious beliefs visit Collins Square every day” and that “the association agreed to no nudity, no political statements, no racism.”

Works by seven other artists were also banned from appearing at the exhibition.

Better tear down Michelangelo’s David because someone might be offended.

Better tear down Dontaello’s David because someone might be offended.

Better tear down the Venus De Milo because someone might be offended.

Or better yet, why not just cover them all with giant burkas?

One thought on “Australia Under A Giant Burqa”