Yes, Bendigo. The country town where a corrupt council forced a mega mosque on its residents and where the Bendigo bank told it’s customers to find another bank if they don’t ‘share their values’.

‘Maybe the terrorists have won’: Country town’s annual fun run is cancelled due to the high costs of guarding against a TERROR attack

A country town has been forced to axe their annual fun run as the costs to protect against a potential terror attack are too high.

The rural town of Bendigo, in country Victoria, won’t be putting on their yearly fun run in November as planned due to safety concerns.

A large chunk of the cost for setting up the run would come from the installation of concrete bollards – which are worth tens of thousands of dollars.

‘We are disappointed that this great event is being cancelled but safety is the number one priority,’ Bendigo Health chairman Scott Elkington told the Bendigo Advertiser. 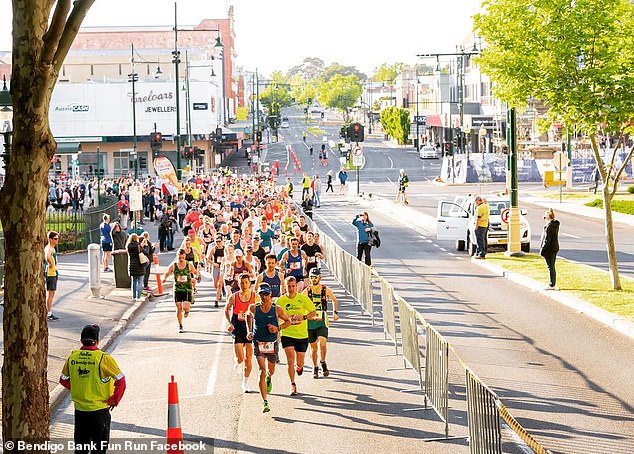 The rural town of Bendigo, in country Victoria, won’t be putting on their yearly fun run (pictured) in November as planned, to prioritise the community’s safety

He said after costs for anti-terrorism measures are added together, the event would no longer be feasible.

Mr Elkington said the amount of time needed to set up and pack down a number of barriers would be another challenge for organisers.

There’s also a requirement to have 40 vehicles and trucks parked next to the bollards to stop terrorists driving into crowds of runners and spectators.

A disgruntled Bendigo resident told 3AW’s Neil Mitchell that he’s disappointed in the decision to cancel the fun run.

‘It sort of feels to me as though maybe they’ve already won if we’re going to be insistent on hiding behind concrete bollards,’ he said.

The man named Peter went on to suggest other cheaper means of security measures. 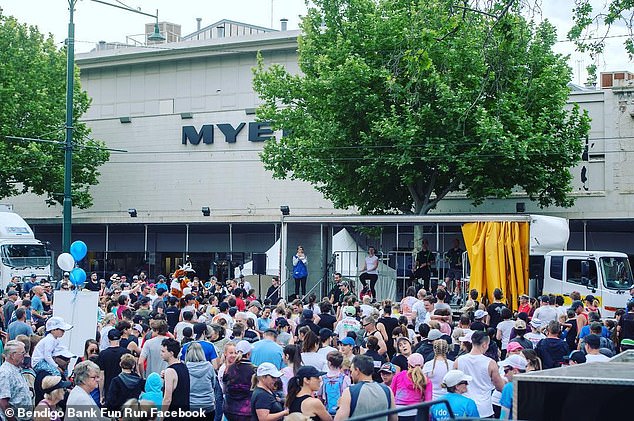 Last year’s run raised more than $86,000 for Bendigo Health, meaning the local hospital will be missing out on much-needed funding this year

‘Instead of spending tens of thousands of dollars, couldn’t we introduce volunteers at community events to supervise or protect those events rather than running around shifting 20 tonnes of concrete,’ he said.

To avoid high costs and further complications, organisers considered changing the date to a time when another event was on to make the most of infrastructure already in place.

But this idea fell through as the organising committee ran out of planning time.

Last year’s run raised more than $86,000 for Bendigo Health, meaning the local hospital will be missing out on much-needed funding this year.

The Bendigo Bank Fun Run has been running for 12 years, and last year attracted more than 2000 participants. 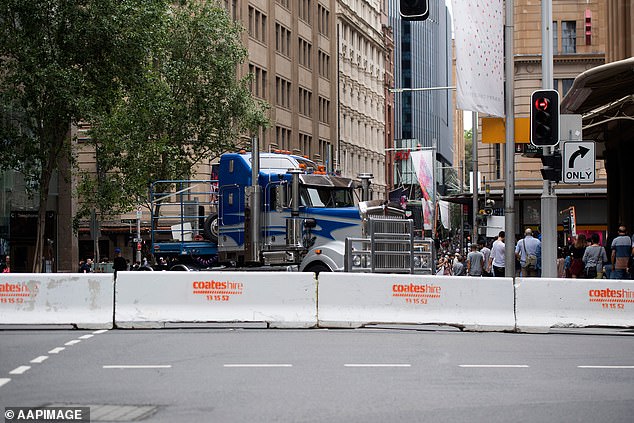