New World Order globalists are the financiers of the destruction of
Western Civilization. 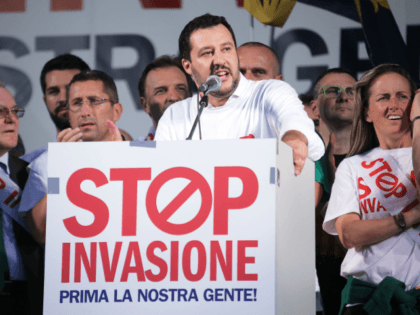 Italy’s populist deputy prime minister and minister of the interior Matteo Salvini has proposed a border barrier to halt illegal immigration from the Balkans, similar to the one U.S. President Donald Trump wants along the Mexican-American frontier.

Salvini, whose League (La Lega) turned in one of the best performances of any European political party in the recent European Parliament elections, has proposed the barrier — which may be similar in design to the protective fences built by Hungarian premier Viktor Orbán, which slashed illegal migrant numbers by over 99 per cent — after increased activity on the Balkan migrant route.

“The Balkan route has reopened,” the Italian deputy prime minister said in comments reported by The Times.

There is some sanity at last regarding the traitors who have facilitated the invasion and absorption of Europe by the Third World. Italy has charged a Portuguese do-gooder for aiding illegal immigration:

Three years ago, Miguel Duarte, now 26, joined the German aid group Jugend Rettet as a volunteer on its rescue boat, Iuventa, which began patrolling the Mediterranean in July 2016. Volunteers like Duarte have rescued around 14,000 people stranded at sea, according to the aid group.

From the liberal point of view, this is a noble mission of mercy. From the point of view of history, this is the equivalent of assisting Nazi troops on their way to France — except that even if they had prevailed, Nazis would not have erased France from the planet, as the ongoing African invasion threatens to do to Europe.

[T]he Iuventa was seized in 2017 on suspicion it was aiding illegal immigration from Libya, becoming the first humanitarian ship to be confiscated by Italian police.

Muammar Gaddafi, having been tamed by Ronald Reagan, kept a lid on the infinite supply of welfare colonists that would like to pour upward from sub-Saharan Africa and cross the Mediterranean to the promised land. But Obama and Hillary Clinton decided during the Arab Spring debacle that he should be removed from power despite the absence of a viable alternative. “We came, we saw, he died!” shrieked the blood-crazed Shrillary. The consequences have been catastrophic.

Let’s hope this isn’t the last ship Italy confiscates from moonbat NGOs. Whether the invasion is facilitated by cut-throat human traffickers or sanctimonious left-wing do-gooders, the damage is exactly the same.

Italian authorities brought charges against 10 Iuventa volunteers, including Duarte. They could face up to 20 years behind bars and large fines if found guilty of aiding illegal immigration.

The sentence is light, considering the enormity of the crime. Given time, what people like Duarte are doing will literally kill Europe — the numbers potentially involved are that vast. At least this is a step in the right direction. 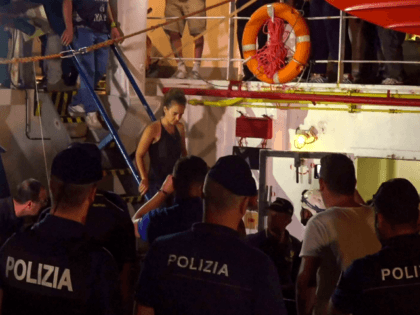 EU Squabble over Who Gets Unelected Presidencies

Leaders of member countries have so far twice failed to make the key appointments, which include picking a replacement for Jean-Claude Juncker as president of the EU’s powerful executive arm, the European Commission, and for Donald Tusk as head of the agenda-setting European Council.

This is an awareness video against Ariel who have done disrespect to the teachings of Holy Quran and ALLAH ajtf. Ariel have challenged in their Ad what Quran Majeed tells Muslims to follow. Ariel must publicly apologize or we should continue its boycott 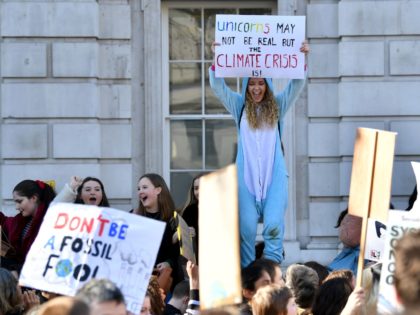