They got it backwards. But who will tell them? 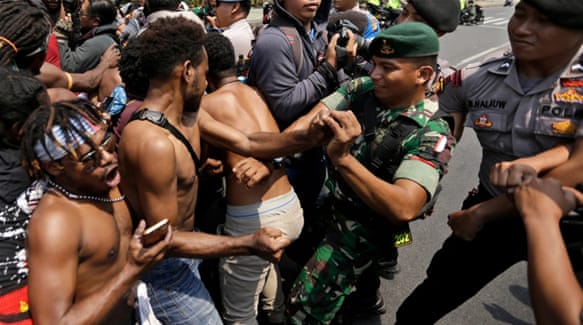 The Jihad against the West Papuans

The witness, who requested anonymity for security reasons, also saw several people wounded by gunfire and demonstrators fleeing to the jungle for fear of being pursued by police and soldiers.