A UK police chief is telling politicians to stop criticizing immigration. He’s in charge of “hate crimes”. The implication is that he’ll arrest politicians who disagree with him.

Know your place, fascist. You answer to them, they don’t answer to you.

Politicians should tone down their language to avoid inciting hatred ahead of the this week, the country‘s most senior police officer on hate crimes has warned.

'Given this generous millionaire is voicing concern for the fate of the ‘Open Arms’ migrants, we thank him. He can take them back to Hollywood, on his private plane' – Salvini mocking Richard Gerehttps://t.co/2X90FDypua

In a stinging rebuke, Italy’s Deputy Prime Minister Matteo Salvini has mockingly suggested that Richard Gere should house migrants in his Hollywood villas after the actor assisted people smugglers.
.

The Pretty Woman star felt the wrath of the Italian interior minister after visiting the ‘Open Arms’ ship, which has been stranded in the Mediterranean since it collected over 120 migrants from rafts eight days ago.

The 69-year-old urged the Italian government to “stop demonizing people” and compared the situation to the policy approach taken by US President Donald Trump regarding migrants traveling to the US from Central America.

When the matter was brought to Salvini’s attention by a reporter, he offered an incredulous reply. “I am lost! I hope he gets a tan, that he feels good, but I don’t think he misses anything, so, have a good trip,” he said. 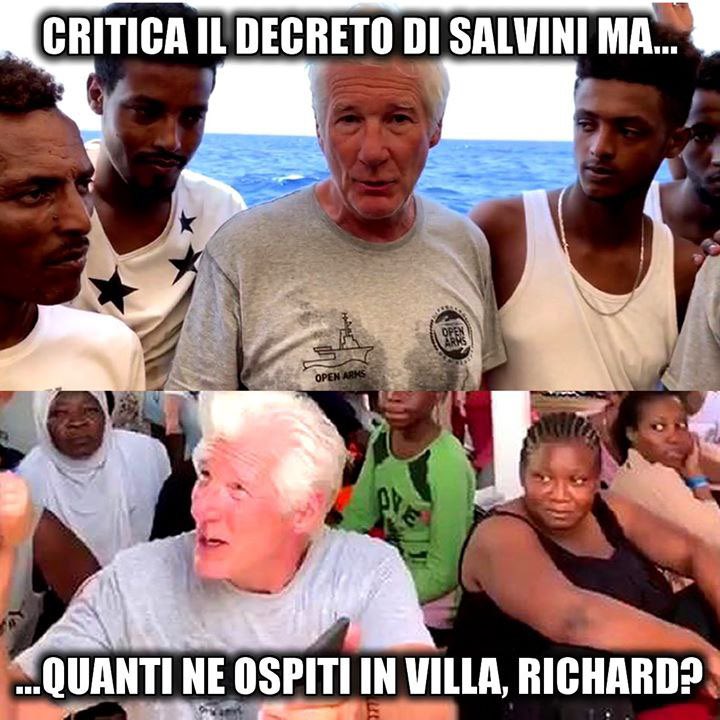 “Given this generous millionaire is voicing concern for the fate of the ‘Open Arms’ migrants, we thank him. He can take them back to Hollywood, on his private plane, all the people aboard and support them in his villas. Thank you, Richard!” Salvini said.

Gere has yet to confirm whether he will take up the suggestion.