What could be worse than treating Mohammedans with suspicion and contempt after devout Moslems have just blown 250 Christians (“Easter worshipers”)  to smithereens in their churches? Well, you guessed it: to tell the truth about Islam, which, in their twisted worldview, is “hate propaganda”. 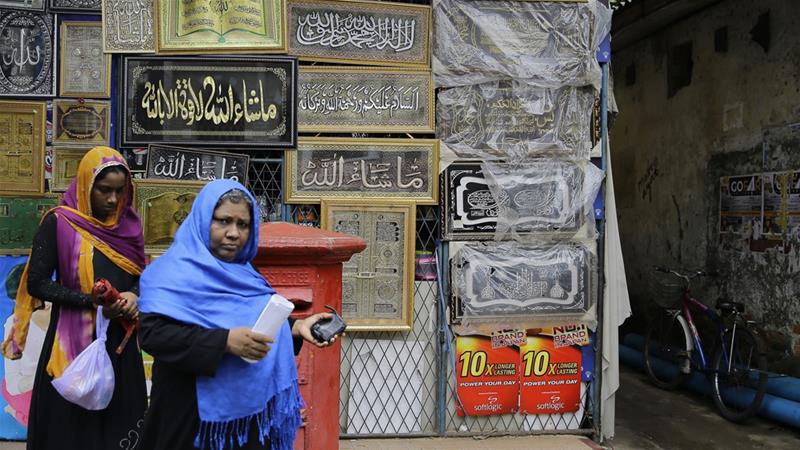 The Easter bombings led to anti-Muslim riots in May and were partly blamed on Buddhist groups. [File:AP]

Ahmed Shaheed, the UN special rapporteur on freedom of religion or belief, issued the call on Monday at the end of a 12-day mission to the Buddhist-majority country in the Indian Ocean.

He said there was a “serious deficit of trust among ethnoreligious communities” in the wake of the ISIL-claimed attacks in April.

More than 250 people were killed in the bombings, the deadliest since the end of a 26-year-civil war against Tamil separatist fighters in 2009.

“While the government promptly brought the situation more or less under control after the bomb blasts, many religious communities remain very concerned about their security because of incitement to hatred and violence by some religious extremists,” Shaheed said in a statement.

The suicide assaults led to anti-Muslim riots in May, which were partly blamed on Buddhist groups.

There was also a spike in reports of hate speech, with a senior Buddhist monk saying in June Muslims should be stoned in one case. Warakagoda Sri Gnanarathana made the comment after repeating unsubstantiated claims that a Muslim doctor had sterilised thousands of Buddhist women.

“The government must take action against the hate propaganda targeting Muslim communities that is being spread through unregulated media and is instigating ethnoreligious tension for political gain,” said Shaheed.

Failure to do so “will allow extremism to escalate and pose serious challenges to peace-building,” he added.

Sri Lanka’s population of about 22 million is a patchwork of ethnicities and religions. Sinhalese speaking Buddhists make up more than 70 percent, while Tamils account for 15 percent.

Muslims are the second-largest minority, comprising about 10 percent of the population.

There has been an increase in attacks against the community since the civil war’s end, including major bouts of violence in 2013 and 2018. Buddhist groups – some led by monks – were blamed for the unrest.

But many in the government saw the unrest as “sporadic small incidents”, he said, warning they must not be treated as such.

“The underlying unease and hostility existed long before the Easter attacks and subsequent violence,” he said.

He highlighted a range of factors for the “simmering” tensions. including the politicisation of religion, segregated education based on ethnoreligious identity, as well as impunity for previous religiously motivated attacks.

Failure to hold perpetrators to account for previous violence has “strengthened the anti-Muslim groups”, he said, adding: “It is time for Sri Lanka to vigorously adopt measures to protect the rights of all people and to hold perpetrators accountable, regardless of their ethnoreligious background.”

He urged the Sri Lankan authorities to “make efforts to dismantle the networks of hate” and “speak out against hateful narratives”.

He also called for urgent reforms to the education system “to foster inclusive identities”.

There was no immediate comment from the government on Shaheed’s report.

The expert is expected to submit his detailed report to the UN Human Rights Council in March 2020.