U.N.  Top Dog António Guterres has “an issue of concern”. Doesn’t mean he cares. He will certainly do nothing about it. 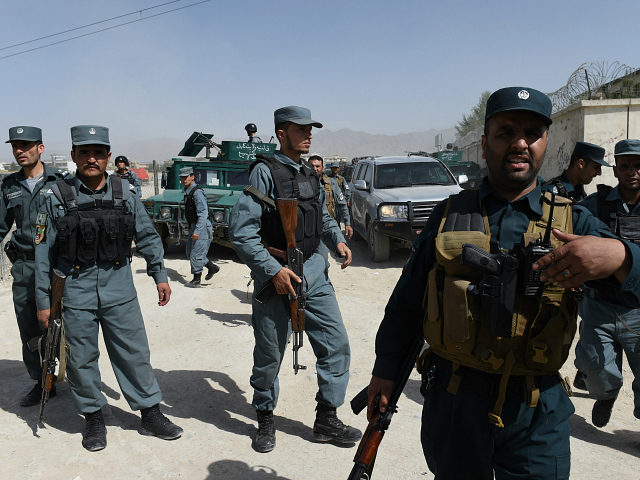 ANP is a component of the Afghan National Defense and Security Forces (ANDSF), which the U.S. government has spent more than $80 billion to develop since the war in Afghanistan began in October 2001.

In February 2018, Afghanistan implemented revisions to its penal code that criminalized the cruel practice. However, the U.N. reported this past March, “Though bacha bazi is criminalized, prosecutions of cases involving the practice are rare and the practice remains common.”

In its latest annual report on children and armed conflict issued on Tuesday, the U.N. declared, “the United Nations verified four cases of sexual violence [in 2018], affecting two boys and two girls, perpetrated by the Afghan National Police (3) and the Afghan local police (1). The two boys were used as bacha bazi.”

U.N. officials noted in the March report that the ANP, a component of the Afghan National Defense and Security Forces (ANDSF), was behind the sexual abuse of the two boys.

I call for the full application of the revised code. Notwithstanding those developments, the use of children, including bacha bazi, remains an issue of concern. I urge the [Afghan] Government to address remaining gaps, specifically the lack of screening mechanisms within the Afghan local police and the use of children at police checkpoints, and to ensure accountability for the perpetrators of grave violations against children.

The U.N. also documented bacha bazi cases in its annual report on children and armed conflict last year, which covered 2017.

Four cases of sexual violence, including rape (1) and sexual abuse (3) against boys as young as 13 were verified, three of which were attributed to the Afghan National Defense and Security Forces and one to the Taliban. The United Nations documented an additional 78 cases of rape and other forms of sexual violence against boys, most of which related to the practice of bacha bazi. Impunity for perpetrators remains a serious challenge.

Bacha bazi remained outlawed under the Taliban rule (1996-2001), and death remained the punishment for the perpetrators. However, SIGAR found that it was “resurrected” after the U.S. forces removed the Taliban from power in late 2001.

It appears that policy remains in effect because the U.S. continues to fund the Afghan National Defense and Security Forces. So far, the U.S. has spent over $80 billion to develop the ANDSF since the war began in October 2001.

Months after Trump came into office, in November 2017, the U.S. military implemented an “enhanced reporting system” for troops who catch their Afghan allies sexually abusing children.

Gen. John Nicholson, then the top commander of U.S. and NATO troops in Afghanistan, explained:

We have implemented a new reporting system, we’re ensuring that all soldiers are trained, and every American soldier knows what’s right and wrong, and they know that if they see a violation they are to report it. And we’re providing them the training and the means with which to do just that.

It is unclear if U.S. troops have reported any violations.