. @KimStrassel since a climate crisis is the ultimate tool to give the Democrats to control everything. pic.twitter.com/aFBZgxgnEe

Hardly anyone watched CNN’s 7-hour climate town hall event on Wednesday. This is a shame, because the more people watch Democrat presidential candidates rave maniacally about what they want to do to us in the name of the global warming hoax, the fewer people will vote for them.

The candidates came across as … nanny-state monsters who really do want to take away your plastic straws and cheeseburgers to save the planet. It was a self-parody of what woke totalitarianism sounds like, with an abnormal focus on meat.

Today’s Democrats want to improve the weather by forbidding you from eating meat. Crazy and tyrannical do not make for a reassuring combination in a political party.

Presenting a few lowlights from the event: Moonbattery

It is not exaggeration to state that Alexandria Ocasio-Cortez’s Green New Deal would result not only in a rigidly repressive government but in total economic collapse and mass starvation. It would resemble Mao’s catastrophic Great Leap Forward, except that it would constitute a deliberate leap backward, to a time when we did not have the energy technology to support today’s population. It is also not an exaggeration to state that Democrat presidential candidates as a whole support this maniacal plan.

No sane person could vote for the Democrat Party after being made aware of its demented and malevolent global warming agenda. 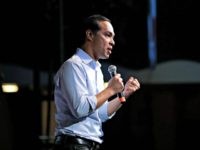 We Should Ban Plastic Straws, Have Incentives to Ban Single-Use Plastic the Competitive Enterprise Institute (CEI) sent NASA a formal complaint, asking the agency to withdraw the false claim that 97 percent of climate scientists agree that humans are the primary cause of global warming and climate change. The 2013 study purporting to demonstrate that number was fatally flawed and proved no such thing.