This site is powered by WordPress, which is asking its customers to join a global climate strike TODAY!

Too fat to fight? Argentinian gauchos showed us how to deal with vegans, and now Polish border guards demonstrate the correct way to handle anti-coal Greenpeace garbage. 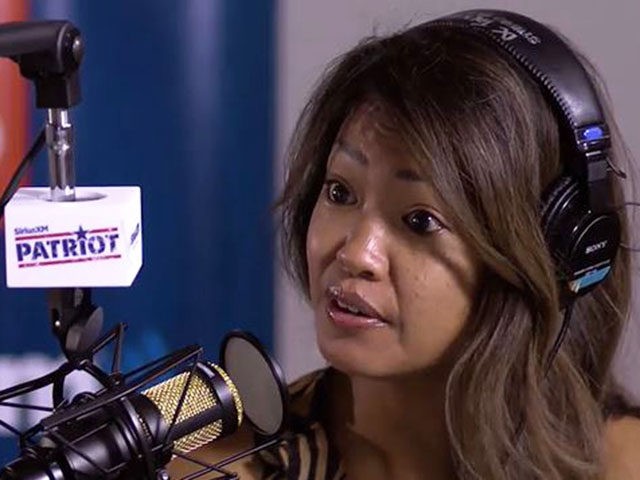 A moratorium on the refugee resettlement program is “long overdue,” columnist Michelle Malkin says, after American communities have been forced to absorb hundreds of thousands of refugees from across the globe over the last four decades.

During an exclusive interview with SiriusXM Patriot’s Breitbart News Daily, Malkin — whose latest book, Open Borders Inc: Who’s Funding America’s Destruction?, is now available — said she is encouraged by reports that the Trump administration is looking to halt the mass importation of refugees to the U.S. 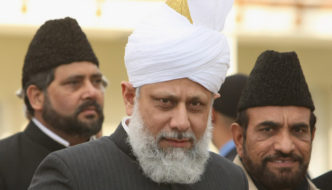 Not a good comparison. The Ahmadiyya are the worst proselytisers of all; it should be common knowledge that this sect was solely founded for one purpose: to eradicate Christianity.

They’re good scammers. Allah himself is the biggest schemer of all.  Islam doesn’t consider it a crime to steal from the kuffar.

The solution is, of course, to met out Islamic punishment for stealing. What prevents us from doing that?

“Ahmadis are the Muslim equivalent of the Moonies,” noted recently one knowledgeable analyst to this author concerning a community often feted by politicians despite their miniscule global presence, as this series previously discussed. Denounced by the late German scholar of Islam Hiltrud Schröter as a “totalitarian brainwashing cult,” the Ahmadis indeed present many worrisome parallels to other cults, notwithstanding the Ahmadis’ benign public presentation.

Schröter and other German analysts in German-language media have engaged in considerable critical inquiry into the Ahmadis and their behavior in Germany. The German academic Johannes Kandel, long associated with the Social Democratic think tank of the Friedrich Ebert Foundation, undertook a 2006 study on behalf of Germany’s main Lutheran church. The “Ahmadiyya present themselves in public as a peaceful, democratic, dialogue- and reform-oriented, as well as socially engaged group,” he noted. In particular, the “Ahmadiyya have become conspicuous in the public through their demonstrative cleaning actions on New Year’s Day (of streets and places dirtied by ‘Christians’ on New Year’s Eve).”

A 2017 study of the Ahmadis for the Independent Evangelical-Lutheran Church (Selbständige Evangelisch-Lutherische Kirche) goes behind such Ahmadi public relations. “The Ahmadiyya organization is strictly hierarchical and authoritarian structured. It thereby does not distinguish itself from other cults [Sekten],” wrote the author, Pastor Andreas Volkmar. Before her death in 2010, Schröter, who wrote a 2002 book on the Ahmadis, concurred that the Ahmadis are “hierarchical, centralized, and undemocratically structured,” analogous to Adolf Hitler’s “Führerprinzip.”

This Ahmadi hierarchy is the Ahmadiyya Khilafat founded by Mirza Ghulam Ahmad, whom Ahmadi Muslims believe “to be the long awaited Promised Messiah and the Imam Al-Mahdi, whose advent was foretold by” Islam’s prophet Muhammad. In this caliphate, a “Khalifatul Masih (Successor to the Messiah)…is appointed by Allah to continue the work of a Prophet” (i.e. Ahmad) as “God’s man on earth.” Ahmad had “reminded Muslims of God’s promise to safeguard Islam through khilafat (the spiritual institution of successorship to prophethood).” With the death of each Khalifatul Masih, the “Holy Spirit superintends the election process” for a new caliph, as the “Khilafat is not in any way a hereditary institution.”

Empirical evidence analyzed by Schröter and others would suggest otherwise, as the Ahmadiyya Khilafat has been more dynastic than democratic. Following Ahmad’s death in 1908, Maulana Hakeem Nooruddin became Khalifatul Masih I. He was the very first person to swear allegiance to Ahmad in 1889 when he made his proclamation of prophecy in Qadian, India.

Like Nooruddin, all Ahmadis perform a written allegiance oath (Ba’ya) to the Khalifatul Masih. For example, a member of the American Ahmadi youth organization pledges to “always be ready to sacrifice my life, wealth, time and honour for the sake of my faith, country and nation.” A member will make “any sacrifice for guarding the institution of Khilafat-e-Ahmadiyya.”

Examining such oaths, Kandel observed that an “Ahmadi is accordingly a strict-believing person, for whom his belief should be more worth than ‘life, property, honor, children, and everything dear.’” Volkmar similarly analyzed that Ahmadi’s “obedience ‘until death’ towards the caliph” is an “element that finds itself in totalitarian cults. It clearly secures the leadership elite far-reaching control over the believers.” “Objectionable is what authoritarian role the caliph and the organization play for believers….Absolute obedience is demanded.”

Volkmar accordingly concluded that for Ahmadis a “really critical interaction with one’s own belief contents is so hardly possible.” “Every criticism of the caliph is throttled through a typical sectarian, every objection immunizing argument,” Kandel agreed. Schröter analyzed that Ahmadi Tabligh missionary activities promote a “cult of personality around the founder and his caliphs.” This created an Ahmadi “double strategy of assimilation and good behavior of the followership on the one hand” and “leadership power expansion on the other hand.”

Perhaps the most significant element in Ahmadi leadership power is the obligatory financial contributions Ahmadis must make, claimed by Schröter to be at least one-sixteenth of net monthly income. She also noted additional obligatory contributions or “chandas,” such as through wills and inheritances. Thereby Ahmadi “members receive a purchased religious pseudo-identity as the ‘last people of God,’ a purchased participation in an elite sensibility, and recognition of belonging to a community.”

Schröter described the Ahmadi financial contributions as a “new form of latifundia logic” for a “mafia-like” organization. The “raking in of the followership contributes to the unusual financial power of the leadership elite.” She particularly castigated that Ahmadi “asylum applicants must also pay from their social welfare,” a “taking of state monies under the exploitation of these peoples’ destitution, who hope for help from the Ahmadiyya in the asylum process.”

Such financial strength appears in the media, where Kandel noted that the “Ahmadiyya operate an intensive, qualitatively outstanding publicity” campaign. This includes the global, 24-hour television broadcaster Muslim Television Ahmadiyya International (MTA), established in 1996. Additionally, the Ahmadi “web presence is excellently organized, in 14 languages—from Chinese to Turkish—the Ahmadiyya message can be received.”

Volkmar noted that correspondingly the German Ahmadi community “is extraordinarily present in the media.” By contrast, the German Ahmadi community had a “relatively small size” of an estimated 30,000 members and is not in the Central Council of Muslims in Germany (Zentralrat der Muslime in Deutschland, ZMD), a national Muslim umbrella organization. “This ongoing medial offensive is a significant factor for the solidarity of the followers, implementation of leadership elite positions, and worldwide mission,” Kandel observed.

Schröter likewise emphasized the Ahmadi “propaganda apparatus, which implements worldwide the most modern methods.” She highlighted the 2003 death at the current Ahmadi global headquarters in London of Tahir Ahmad, Khalifatul Masih IV. MTA made week-long worldwide satellite broadcasts of the rituals surrounding the dead caliph and the installation of his successor.

Ahmadi modern media methods formed for Schröter merely one similarity between the Ahmadi and “modern cults, for example Scientology,” that “maintains in its doctrine to be on par with modern scholarship and rationality.” The Ahmadis reduce religion “to a product to be positioned on the market and to a culture industry.” The Ahmadi faith “follows the general rule of renewal cults: an honorable religious tradition is inherited, it is presented as corrupted, and declared as needing purification.”

Nonetheless, the Ahmadi message is far more primordial than modern, Schröter noted. The Ahmadis’ “favored method” is the “production of fear through threatened punishments.” Ahmadis operate “above all with the means of suggestion” with an “extremely refined” and “consciously planned manner.” Indeed, as forthcoming articles will show, the high-gloss appearance of Ahmadi messaging cannot conceal a much more disturbing substance.