Netherlands: 26 years and eight months in jail for Afghan Stabber

Is that justice? Why are Dutch taxpayers punished with housing &  feeding this degenerate f*kc for 27 years?

Jawed Santani has said: “I was planning to kill unfair and cruel people, those who make it possible for the Prophet Mohammed to be insulted…I wanted to defend my religion and make it clear that my religion should be left alone. If you don’t do that, you should be prepared for these kinds of actions.”

This presents free societies with a choice. Either they defend the freedom of speech and refuse to allow any belief system to be placed beyond criticism, or they implement Sharia blasphemy laws and criminalize criticism of Islam in order to try to prevent “these kinds of actions.” In other words, it’s either fight or surrender. Most of the Western political and media elites are in full surrender mode. 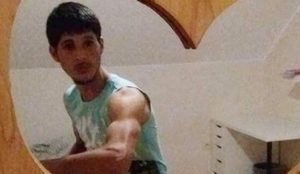 “Afghan who stabbed two American tourists in Amsterdam ‘to protect the Prophet Mohammed’ is jailed for 26 years,” by Ryan Fahey, Mailonline, October 14, 2019 (thanks to The Religion of Peace):

Dutch judges on Monday sentenced an Afghan man to 26 years and eight months in jail for stabbing two American tourists at Amsterdam’s Central station in a terror attack.

#Trump has to put Erdogan on notice. America must not allow the Turks to threaten  & invade Cyprus.

A reminder in all the present confusion that Recep Tayyip Erdogan is a jihadist scoundrel with revanchist caliphate dreams. Turkey is not an ally of the United States, and should not be in NATO. 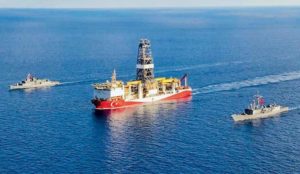 Tension mounted in the Eastern Mediterranean on Tuesday as the Turkish Navy practically encircled Cyprus with almost 20 vessels, including frigates and submarines.

“If Islam is a religion of peace, why is there no peace in the Middle East?”
Peace In The Middle East by Pat Condell. This is harsh but the truth

What’s the point?  There’s nothing in Islam that says apologise to kuffars. Why would any government even contemplate a headchopper  to return?

How terrible! My heart bleeds already. Couldn’t happen to a nicer bunch of people.

Just 6% of Illegal Channel Migrants Have Been Deported