This is a huge scandal. In this little video clip, you can see all the talking heads from different networks parrot the same line. This is not only despicable, but it is also proof that they are getting their talking points from one central command post, and that is the Deep State. Nancy Pelousi is making the argument on the House floor that this “impeachment” vote is to protect the American people when in reality it’s being taken to undermine the election of President Trump, who was chosen by the people.

‘Thank God for the Deep State’

This is a time for #Trump to move in and eradicate the swamp rats in one fell swoop.

Two former intelligence heads bragged about how the deep state is engaged in a coup to remove President Trump Thursday, with one even praising God for the existence of the deep state. https://t.co/TdDjRPobxL 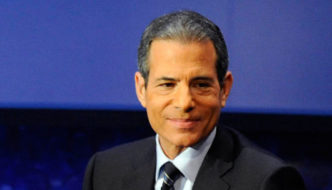 Stengel takes it as self-evident why the burning of the Qur’an should be banned, so we don’t know if it is because he is afraid Muslims will riot and kill innocent people as a result of the burning, and is pre-emptively surrendering to violent intimidation, or if he objects in principle to the burning of all holy books as disrespectful to the adherents of the religion in question, but he doesn’t mention anything about criminalizing the burning of the Bible or the Bhagavad Gita, etc., so it seems likely that the former is correct, and he is trying to codify cowardice into the American legal code.

BERLIN (AP) – German prosecutors said Tuesday they have charged two suspected former members of Syria’s secret police with crimes against humanity in a case that human rights campaigners say marks a major step in the fight to hold to account Syrian officials responsible for atrocities in the country’s long-running civil war.