How could anything from the Qur’an be hateful or inciting? 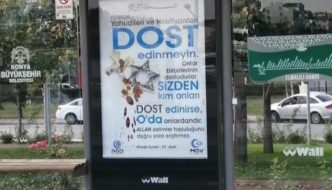 Turkey: Officials say statements on anti-Jewish, anti-Christian billboards are from Qur’an, and so aren’t incitement

Mohamed Ahmed E A Al-Hashemi, a Qatari national in the United States on a student visa, is dead after he attacked an Arizona State Trooper on patrol in the area of Rural Road just south of the Loop 202 in Tempe.

Hunter Biden is calling court requests for his financial records “unreasonable” and says their meant to “annoy, embarrass, or oppress” him RT if you think it’s “unreasonable” for the Vice President’s son to make MILLIONS off a deeply corrupt Ukrainian oil company 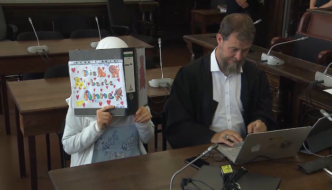 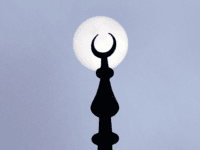 Pakistan Sentences Professor to Death for ‘Blasphemy’ Against Islam

At the age of 1, babies in Sweden are dressed in Islamic Veils – What is the point of girls dressed like this?https://t.co/9FQdbau6sn pic.twitter.com/voGiBioK8w Obama’s Pope is at it again.

He thinks he’s some kind of progressive revolutionary and is always eager to push the left’s twisted agenda – Climate Change, open borders (while he lives behind a wall) and accepting refugees (which has destroyed Europe).

The Pope doesn’t truly care about the hard-working people of the world. All he cares about is spreading globalism – an ideology that has hurt more people than help.

Now, Obama’s Pope is saying that the KEY to building a “peaceful world” is globalism and multiculturalism. The Pope would love it if European culture was completely wiped off the map and if America was turned into a makeshift refugee camp.

RELATED: D.C. Priest Responds To Pope; “I Am Wearied From Being Scorned And Demonized By You”

This Pope is calling for “one single humanity,” and behaving as if all religions are important, which is very much the teachings of Free Masonry.

He’s an elite globalist who is being used as a puppet to push the progressive agenda and destroy the traditions of the Catholic Church.

Pope Francis reiterated his belief Friday that a multilateral and globalist approach to geopolitics is the key to world peace.

“Trust in dialogue between people and between nations, in multilateralism, in the role of international organizations, in diplomacy as an instrument for comprehension and understanding, is indispensable for building a peaceful world,” the pontiff said in a video-message recorded in the company of António Guterres, Secretary General of the United Nations.

The back-to-back messages underscored the deep agreement between the two leaders regarding the importance of streamlining migration, combatting climate change, and eliminating nuclear weapons.

“It is necessary to recognize ourselves as members of a single humanity and take care of our earth that, generation after generation, has been entrusted to us by God in custody so that we cultivate it and leave it in inheritance to our children,” Francis said. “The commitment to reduce contaminating emissions and for an integral ecology is urgent and necessary: ​​let us do something before it is too late.”

As on other occasions, the pope pointed to young environmentalists such as Greta Thunberg as leaders who will show the world the way.

“Let us listen to the voice of so many young people who help us become aware of what is happening in the world today,” Francis said, “and who ask us to be sowers of peace, and builders — together and not alone — of a more humane and more just civilization.”

The pope also pointed to a series of injustices in the world today that demand a unified response from men and women of good will. [Breitbart]

During the 2016 election, Wikileaks published emails from Hillary Campaign CEO John Podesta. And in one of those emails, he and his group of cronies discussed taking over and reforming the Catholic Church in a more progressive light.

Clearly, they are using this Pope to push through that agenda – and sad to say, it’s working.