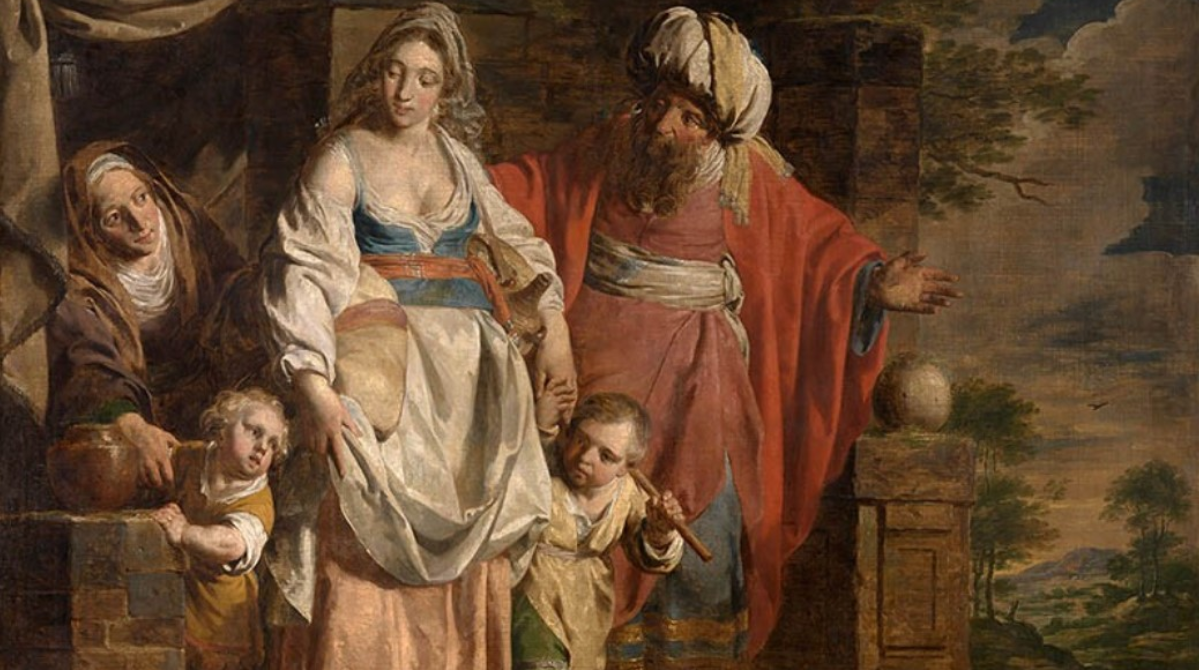 Why are so many diaspora Jews doing the dirty work of their mortal enemies for them?

In the United States, most Jews still support the Democratic Party despite the refusal by some politicians — namely, the four freshmen congresswomen who call themselves “the Squad,” and have made anti-Jewish and anti-Israel remarks — to distance themselves from the Jew-baiting Nation of Islam leader Louis Farrakhan.

American Jewish leaders are also deeply reluctant to speak out against black or Muslim Jew-hatred, of which there have been some shocking recent examples.

Immediately after the New Jersey atrocity where three civilians and a police officer were murdered in a kosher supermarket, local black people were videoed blaming the Jews for the shooting and calling on them to get out of the neighborhood.

A school-board member then bizarrely accused local Jews of selling body parts and attacking the black community. This was followed by a physical attack on a Jewish woman in the New York subway by a black woman ranting “Allahu akbar!” and “It’s good they killed Jews in New Jersey; they should have killed all of you.”

In Britain, there’s an even worse problem. Not only are there horrific anti-Jewish attitudes on the left that have all but consumed the Labour Party, but in a political equivalent of auto-immune disease some leaders of the Jewish community are attacking its defenders and siding with some of its foes.

This week, I found myself at the sharp end of that phenomenon when I was attacked over a column I wrote for Britain’s Jewish Chronicle, with Jewish leaders helping fuel the frenzy against me.

I had argued in my column that, while real prejudice against Muslims should be condemned, the charge of Islamophobia was a concept developed by Islamists to silence any criticism of the Islamic world. I further argued that it was terribly wrong to equate antisemitism with Islamophobia, the accusation of which provided cover for Muslim antisemitism.

Twitter and social media then erupted into a firestorm, accusing me of “peddling Islamophobia”, supporting “conspiracism” and being an “Israeli regime propagandist.”

This conflagration was ignited by Daniel Sugarman, a former Jewish Chroniclejournalist who currently works for the community’s main representative body, the Board of Deputies.

Writing in a personal capacity, he tweeted in response to my column that while working at the paper, his “favorite four words ever to appear in print were ‘Melanie Phillips is away.’ Her presence as a monthly columnist diminishes a wonderful paper. She is a disgrace.”

All this could have been brushed aside as just customary Twitter abuse. Far more important and disturbing, however, was the reaction of the Board of Deputies itself. For rather than disavowing Sugarman, it actually tweeted its own attack on me thus:

“The publication of this piece was an error. Anti-Muslim prejudice is very real and it is on the rise. Our community must stand as allies to all facing racism.”

So in response to my argument that the accusation of Islamophobia was being used to silence those telling the truth about Islamic extremism and Muslim antisemitism, the board said I should have been silenced. It has thus become the patsy of those wishing to harm the Jewish people and the West.

Other Jewish establishment types also piled in against me.

Dave Rich, policy head at the Community Security Trust that does essential work in guarding the security of British Jews, tweeted that my column “mirrors the worst writing from antisemitism-deniers in recent years … replicating some of the nonsense written about antisemitism and directing it at Islamophobia.”

His argument was shallow to the point of absurdity. The difference between “antisemitism-deniers” and those rejecting the term “Islamophobia” is that Jew-hatred is real, indisputable bigotry—and while there is certainly real anti-Muslim prejudice, Islamophobia is a concept that is often used for sinister ends.

This was well understood by the French philosopher Pascal Bruckner, who has called Islamophobia a “semantic racket.” Two years ago, he wrote in Tablet that it was developed as a weapon to silence both Westerners and liberal Muslim reformers.

More than that, claiming equivalence with antisemitism was an attempt to enable Muslims to replace the Jews as the apparent prime targets of global bigotry.

“Once the equivalence between Judeophobia and Islamophobia is established,” wrote Bruckner, “the next step is to put in place the principle of elimination—a subtle but effective process of symbolic expropriation. It is our turn, say the Islamic fundamentalists.”

They could then present themselves as the people to whom the entire Christian and Jewish world was indebted to repair the wrongs done to the world of Islam.

Rich’s claim is also in direct contradiction to remarks made at an Oxford conference last summer by Haras Rafiq, chief executive of the Muslim anti-extremist Quilliam Foundation. A practicing Muslim himself, Rafiq warned against using the term “Islamophobia” which he said was invented by the Muslim Brotherhood and was the wrong way to describe anti-Muslim prejudice.

Which is pretty well what I wrote. By equating me ludicrously with people denying Jew-hatred, Rich merely revealed he understands neither “Islamophobia” nor why antisemitism is unique.

Nor is all this toxic froth confined to the community’s lay leadership. On his Facebook page, a London Chabad rabbi, Herschel Gluck, responded to my column with defamatory remarks including calling me “a hate preacher.”

This was bizarre. I am a journalist and, arguably, one of Britain’s most prominent defenders of Israel and the Jewish people. “Hate preacher” is a term used by the British police, among others, to describe Islamist fanatics who inspire others to blow people up.

Gluck is said by those who know him to have devoted his life to good works. So it’s not surprising that he’s committed to interfaith initiatives, in which Jews and Muslims try to build bridges around shared experiences.

Indeed, it would appear that Gluck’s commitment to interfaith initiatives is so profound that he has now actually transposed the characteristics of Islamic jihadi fanaticism onto a Jew.

Belief in interfaith within the British rabbinate is so unshakeable that Orthodox rabbis are in the forefront of equating antisemitism with Islamophobia. They have thus become the useful idiots in the Islamist extremists’ strategy of religious war.

The distinction between antisemitism and Islamophobia is as crucial as it is poorly understood. People think Islamophobia is just a word for prejudice against Muslims. It’s not. It’s a term used specifically to silence people who criticize the Muslim world.

After all, the term “phobia” isn’t applied to prejudice against Sikhs or Hindus or anyone else. “Islamophobia” deliberately appropriates the key aspect of antisemitism — that it is truly deranged — and falsely turns all criticism of the Islamic world into a psychological disorder, thus making that world unchallengeable. The difference between antisemitism and Islamophobia is between truth and lies.

The Muslim world is deeply jealous of the unique status of Jew-hatred as the ultimate bigotry. Some in the wider community are similarly jealous because they think it confers ultimate impunity for misdeeds. And that is a fundamentally antisemitic belief.

But the Jews who equate it with Islamophobia can’t bear the uniqueness of Jew-hatred either. That’s because in the diaspora, many Jews don’t want to be unique. They want to be just like everyone else.

They are frightened that uniqueness will make them the targets of hatred. So they deny the uniqueness of antisemitism, and thus its true evil.

And that’s why, although Jeremy Corbyn has now been defeated, the leadership of Britain’s Jewish community is itself marching it towards the edge of the cultural cliff.