Some people hit the wrong building on 9/11.

Really. So his solution is to impoverish us all so we can be equally miserable.

This degenerate commie swine should be kicked back into the swamp that he crawled out of. 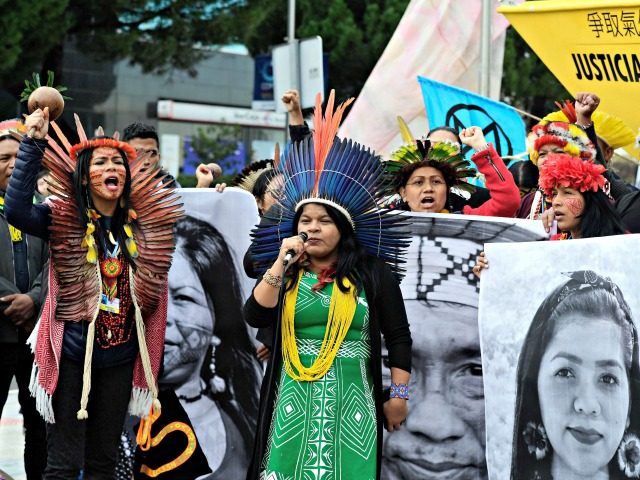 The United Nations COP25 climate change summit wrapped up on Friday in Madrid, Spain, and the media is highlighting how poor countries are facing harm and even death caused by rich countries — including the United States — that are allegedly polluting the world and causing natural disasters around the globe.

The Washington Post devoted an enter article to the subject, highlighting those poor countries and slamming the wealthy or developed nations:

They have arrived at these global climate talks from such places as coastal Africa, the Caribbean and tiny atolls in the Pacific — parts of the world wrestling with droughts, cyclones and ever-rising seas. 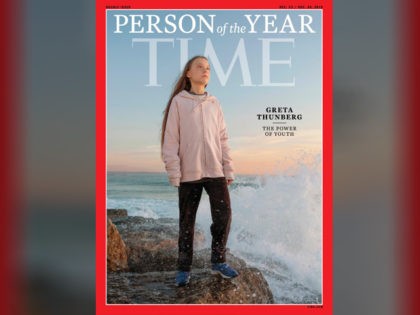 One participant from the low-lying Pacific Island nation of Kiribati said the beach she went to just three years ago “no longer exists.” Without a drastic decrease in global emissions, she said, her nation will be “erased from this planet.”

“I refuse to leave the only place I call home,” Tabita Kaitamakin Awira Awerika, 21, said through tears said at an event this week, before directly addressing the developed countries whose emissions are driving the crisis. “Do not turn a blind eye,” she said, adding that the globe’s largest emitters “must know that they are destroying the very world we live in.”

The Post reported the U.N. climate change efforts are “a quarter-century old” but are “slow-moving, insufficient and devoid of the necessary urgency.” But this time, the countries that are the alleged victims are putting new pressure on wealthy nations to fix the problem by cutting pollution and paying for natural disasters allegedly caused by climate change.

“Officials from some smaller countries had to deal with climate crises — flooding and evacuations in the Marshall Islands; a devastating hurricane in the Bahamas — just before traveling to the negotiations,” the Post reported, adding that the U.S. is leaving the Paris climate agreement signed onto by Barack Obama.

“The window of opportunity is rapidly closing,” Carlos Fuller, the lead negotiator for a group of 44 small islands and low-lying coastal states that attended the U.N. event as a bloc. “This is only going to get worse and worse.”

Fuller said in the Post report that communities along the U.S. Gulf Coast and in Alaska have had to relocate because of rising seas.

“The same thing is occurring in our small-island states,” he said. “Except where do we go?”

“The most vulnerable — atoll nations like my country — already face death row,” Hilda Heine, president of the Marshall Islands, said in remarks at the start of the Madrid conference.

On the last day of #COP25 I appeal to countries to send a message of ambition to the world – to align their climate objectives to science, and commit to stronger #ClimateAction. pic.twitter.com/uxRU2P8iHB

The report from the United Nations said the world needs to cut emissions by about eight percent a year through 2030 to meet its 1.5 degree temperature increase goal.

The Post report noted that the U.S. delegation was “largely out of the spotlight” but issued a statement about how it already helps people around the world who are victims of natural disasters.

“The U.S. government is the largest humanitarian donor in the world, and we respond based on needs,” the U.S. delegation said in a statement.

One thought on “U.N. Climate Summit: Rich Countries ‘Destroying the World We Live In’”