“Do you have feelings? Do you have honor? I was 14 years old, as old as your daughter, your son, or your sister. You destroyed my life.”

Screenshot of Ashwaq Haji Hamid confronting her rapist Abu Humam on a report from Al-Iraqiya Network, translated by MEMRI.

Many rape victims never get to confront their abusers. However, this is exactly what happened to 20-year-old Ashwaq Haji Hamid.

In a report aired by Iraq’s Al-Iraqiya Network last week and translated by the Middle East Media Research Institute (MEMRI), Hamid spoke out about her experiences as a sex slave for the Islamic State when she was only 14.

However, the program also interviewed Abu Humam, an ISIS terrorist that had kept her captive and repeatedly raped her. Abu Humam had been captured and is currently being held by Iraqi intelligence.

Hamid, a Yazidi, described being captured by ISIS terrorists.

After being kidnapped, she and her family were taken to Syria.

“We were worried and didn’t know what would become of us, and whether we would be killed or not,” Hamid said. “However, we took some comfort in being together – we would either live together or die together. But then they separated us from one another.”

Afterwards, she and all the Yazidi women above the age of nine – numbering between 300 and 400 women – were taken to Mosul in Iraq. They were kept there for three days and were used as gifts or sold cheaply, but several were then sent away to Syria. Those who were kept behind were given to the ISIS fighters that participated in the raid on Sinjar.

While she originally came with six sisters, only Hamid and one of her younger sisters stayed in Mosul.

“I couldn’t leave her all by herself,” she explained. “I decided that I would protect her even if it cost me my life.”

According to Abu Humam, he received Hamid after casting lots.

“Then, he pulled me by the hair,” she said. “I did not expect them to rape us, because I was only 14. But they restrained us with iron handcuffs and violently raped us.”

Abu Humam described his abuse of Hamid in chilling detail.

Hamid described how Abu Humam would routinely promise to set her free, only to rape her and beat her multiple times per day.

“I was just a child and didn’t know anything,” she explained. “I tried to fight him and push him away when he was trying [to rape me]. Not a day passed without him beating me three or four times.

“Even if I was allowed to kill him, I would not want to get his filth on my hands, but I demand that the government do us right – it’s not just me, because who knows how many Yazidi girls he raped after me.”

The video then shows Hamid confronting Abu Humam, per her request.

“Abu Humam, look up,” she said to him as he stood in front of her handcuffed and in a yellow prisoner’s jumpsuit with his head held down. “Why did you do this to me? Why? Because I’m Yazidi?”

She started to tear up and shake as she struggled to continue. “I was 14 years old when you raped me,” she said, as her rapist refused to look up.

“Look up,” she continued. “Do you have feelings? Do you have honor? I was 14 years old, as old as your daughter, your son, or your sister. You destroyed my life,” she said as she wiped tears from her face.

“You robbed me of all my dreams. I was once held by ISIS, by you, but now you will feel the meaning of torment, torture, and loneliness. If you have any feelings, you would not have raped me when I was 14, the age of your son, the age of your daughter…”

Yazidi Slave Girl Confronts Captured ISIS Terrorist Who Had Held Her Captive, Violently Raped Her When She Was 14: You Destroyed My Life 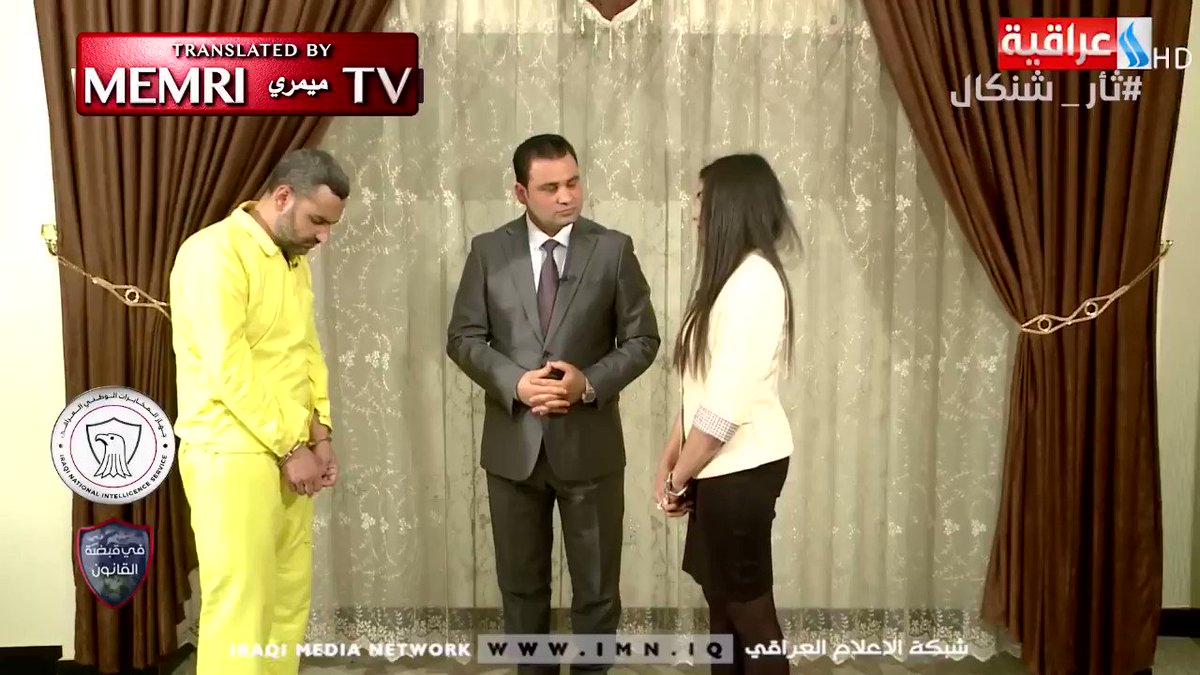 Overcome with emotion, Hamid collapsed on the floor, passing out.

The Yazidis have suffered immensely at the hands of ISIS, with estimates of 5,000 people killed, and still suffer widespread persecution. The crisis of Yazidi refugees is an ongoing issue.