That’s a bit odd. Wasn’t Muhammad a terrorist?  Wasn’t he ‘the perfect man’, allah’s apostle whom every Mohammedan must emulate?

They used to be proud of it. Why are they now bitchy about it?

Ayatollah Mohammad Emami Kashani
“If the Americans Re-Elect Trump in 2020, They Will Be Partners to His Crimes and Bloodshed”

Manhattan DA will NOT Prosecute the Jihadi who attacked a Jewish Israeli Student, Lihi Aharon, on the NYC Subway as a “Hate Crime”? 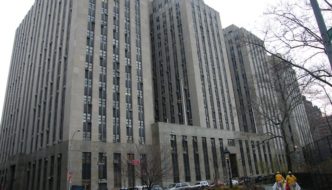 Why is there a spate of anti-Semitic in New York City these days? One reason is because authorities are resolutely looking the other way and protecting the perpetrators. “Manhattan DA Declines to Prosecute Anti-Semitic Attack as Hate Crime,” by Adam Kredo, Washington Free Beacon, January 2, 2020