“The top of the FBI was scum. Human scum.” -President Trump just now.

Nancy Pelosi is the very embodiment of Marie Antoinette.

Nancy Pelosi cares more about Häagen-Dazs and Grey Goose than she does about America’s small businesses. She’s a disgrace. Peloshi. Reminds me of that little poofter who blamed “Bush” for 9/11.

Early predictions of 60,000 coronavirus deaths panicked our politicians into imposing extreme bans, several of which are now clearly way over the top, writes Andrew Bolt. Illinois Senate President Don Harmon says the shutdown could undo the progress the cash-strapped state has made in improving its financial footing.

Mark R. Levin:
.
Exactly my point on Friday’s show.  These incompetent blue state governors are wrapping their debt into demands for federal bailouts.  I knew they’d pull this and they are.
.

Wake up and smell the Alinsky: Leftists use COVID-19 pandemic to bring about revolutionary change

The Constitution has been suspended. Don’t believe it?

“Red and Blue America Agree That Now Is the Time to Violate the Constitution,” The Atlantic wrote, back in late March. “People of both parties seem rather okay with undermining core civil liberties in order to fight the pandemic.”

Coronavirus, at its root, is being used as a tool for those with devilish designs to establish a new order, a new un-American, unconstitutional and unfree kingdom — and that is their end game, like it or not.
.

David Horowitz: ‘The Worse, the Better!’ – a Strategy of the Left 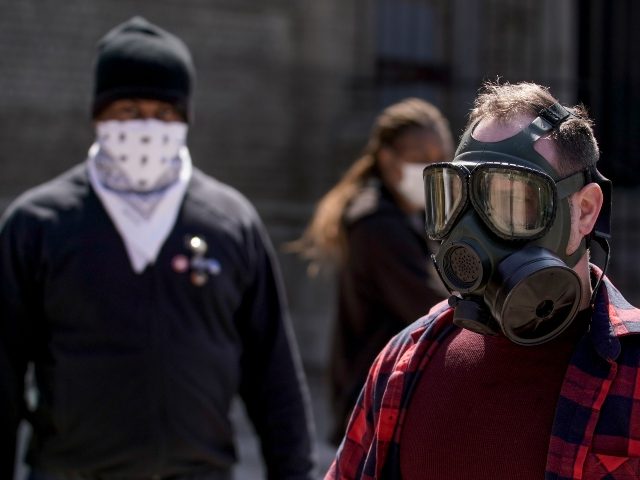 During the rebel Sixties, one could easily identify the ranks of the hardcore left by their constant predictions of a coming fascism and the evident glee with which they welcomed the prospect. Whether this was the product of a serious attempt to read the political winds, or merely a radical wish was irrelevant. They defended it as a strategy of “the worse the better.” In the 1968 presidential election, it was better to elect a fascist like Nixon than a moderate like Hubert Humphrey – that is, if you were serious about revolution.

Of all my memories of the Sixties, the revelations provoked by these perversely revealing encounters remain the most vivid. This is not difficult to understand. The life I had devoted to a “progressive” revolution was about to be derailed by a political murder that opened my eyes to the fact that the movement I was part of was actually driven by a malignant hatred, which could only end in destruction, and the perversion of every value that my comrades and I claimed to cherish.

These revelations were crystallized in conversations I had with the late Tom Hayden, a Machiavellian leader of the New Left and (I am ashamed to admit) a friend of mine at the time. In 1968 Hayden organized a bloody riot at the Democrat convention which he had designed to destroy the presidential campaign of Hubert Humphrey and elect Nixon, the very politician whom he was predicting would institute fascism in America, and cost millions of Vietnamese lives.

The following year, I found myself standing next to Hayden during the so-called “Battle of People’s Park.” Leftists had occupied land owned by the University of California, which its officials had reserved for student housing. Ronald Reagan who was governor of California at the time ordered in local police and the California Highway Patrol to disperse the occupiers. As the cops began firing tear gas canisters into the crowds, a chasm opened up between Hayden and myself. I was frightened that people would get hurt – and one young man did lose his life. Hayden saw my fear, turned to me, and in the calmest voice explained that “we have to lure middle class kids into situations where they get their heads cracked by the police. That will radicalize them.” In short, the worse the better. I was horrified.

Events of the last weeks have brought these disturbing memories to the surface. The curves of the coronavirus are flattening, hospitalizations are falling, medical supply lines are being strengthened and extended, potential viral cures are being successfully tested and the stock market which was headed towards depression levels has rebounded with the greatest two-week gains since the Great Depression. Yet, even as these positive developments are creating optimism and hope in the country, the left is warning that hope is dangerous, while escalating their attacks on Trump — the man on whose watch this turnaround is being accomplished.

The attacks are directed even at the encouragement Trump gave to the 22 million Americans recently unemployed because of the shutdown orders from (mainly) Democrat governors. These Americans of modest means are fearful that the downturn could get so great their jobs would never return. The leftwing site The Daily Beast even ran a headline saying “Trump Leads Pro-Plague States in a COVID Civil War.”

Polarization over the prospect of reviving the economy had already begun with Trump’s presidential hope that the shutdown could be accomplished on Easter Sunday, a date which his scientific advisers caused him to abandon as premature. In Michigan, flag-waving Trump supporters descended on the State Capitol to protest their Democrat governor’s excessive and arbitrary shutdown orders. These actions dramatized the political responses that divide the nation.

Even as the hopeful developments were beginning to raise the nation’s spirits, House Speaker and Trump nemesis, Nancy Pelosi, was calling the president “a weak person and a poor leader,” accusing him – falsely – of dismissing the coronavirus as a “hoax,” removing protections against it, and destroying the economy. In Pelosi’s devious insinuation: “As the president fiddles, people are dying.”

Making Trump responsible for the nation’s hardships while attacking his efforts to alleviate them pretty well sums up the game plan of his Democrat antagonists. The worse the unemployment and the casualty lists the better. But not being too obvious is crucial to the plan’s success, since the American public would probably not appreciate having their lives and livelihoods be the casualties of its success. So to carry out the perfect murder, Trump must be portrayed as having committed suicide.

This depraved piece of political sleight-of-hand was left to “Never Trump” Republican, Steve Schmidt, who has had the chutzpah to put it this way: “Trump ran on a promise of ‘making America great again.’ What we see is death, economic collapse, and suffering on an immense scale that nobody in the country could have imagined seeing in our lifetime 60 days ago.” How we got here I leave for you to figure out.