‘Zhou arranged for wild-caught bats to be transported alive to be euthanized for dissection and studied for deadly viruses.‘

That’s as good as a confession. It’s an admission of guilt.

Maybe the ordinary people will say ‘Why should we drink Australian wine? Eat Australian beef?’ Finally, a climate issue that’s too hot for Auntie to handle

We are about to see a fascinating experiment in intellectual honesty, journalistic integrity and ideological contortion at the national broadcaster. The release of the film, Planet of the Humans, will align with the ABC’s world view of climate catastrophism but deeply challenge its political allegiances and renewable energy evangelism.

END_OF_DOCUMENT_TOKEN_TO_BE_REPLACED

Manzoor Akthar and Shaqeel Hussain and the rest of the ASIAN grooming gang had the helpless NON ASIAN child sexually molested by over 300 men by the time she was 15.  Just don’t call them Paki Call them “Asians”. That’s it. Sick and vile

Paedophile, 31, is jailed for four years after raping 13-year-old girl as he becomes 35th member of Asian grooming gang to be sentenced to total of 380 years over child sex abuse Meanwhile, Hussain, 36, of Dewsbury, West Yorks, can now be named as reporting restrictions were lifted after he pleaded guilty to sexually assaulting a 16-year-old girl.

Detective Chief Inspector Richard McNamara of the Kirklees District CID, said: ‘Akhtar richly deserves the prison sentence he has been given after being found guilty and convicted for the dreadful sexual abuse of this young victim.

‘He thought nothing of this girl’s obvious very young age as he raped her and treated her in a fashion which can only be described as callous in the extreme.’

DCI McNamara said he was also pleased that Shaqeel Hussain could now be named.

But not by Tommy Robinson. The establishment would have put the lad right back in jail.

END_OF_DOCUMENT_TOKEN_TO_BE_REPLACED

That’s as good as a confession. That’s an admission of guilt. The Australian government’s call for China to explain its bungled handling of the deadly coronavirus pandemic could spark a boycott by Chinese consumers, who may no longer travel and study in Australia or buy major exports including beef and wine.

That was the stark warning delivered Monday by Ambassador Cheng Jingye via an interview published in the Australian Financial Review.

Your house is a PRISON. Your borders are WIDE OPEN!

The Council on American-Islamic Relations (CAIR) lashed out against remarks made by the president concerning public payers in mosques during the upcoming Muslim month of Ramadan.

Trump’s remarks came in response to a tweet by journalist Paul Sperry who questioned whether or not authorities would enforce the social distancing for mosques during Ramadan like they did for churches during Easter.

Brunei’s stoning for ‘gay-sex’ law flies under the radar

The same (communist) mayor who threatened to close all Christian churches is now supplying Muslims with 500,000 halal meals for Ramadan. Isn’t that a violation of the constitution where it says the government cannot favour one religion over another?

END_OF_DOCUMENT_TOKEN_TO_BE_REPLACED

it is official: Corona lockdown does not apply to refugees in Germany, only to Germans

The WHO claims that there is no reason to believe that having had the Wuhan Flu and getting over it means that you have immunity to it afterwards.

Besides, it sounds just like the flu. This years flu-virus is not the one of yesteryear.

Afghanistan: The nation’s last Sikhs and Hindus plead for U.S. help amid persecution and murder by jihadis

Human Rights Watch has requested the Bangladeshi government grant refuge to hundreds of Rohingya Muslims stranded in two fishing boats off its coast for up to several weeks, saying they need urgent access to food, water and health care and that rejecting the boats would be “inhumane”.

Bangladesh’s Foreign Minister Abdul Momen said on Thursday the country would not allow entry to any more Rohingya refugees, who have been fleeing neighbouring Myanmar.

“I am opposed to allowing these Rohingya into the country because Bangladesh is always asked to take care of the responsibility of other countries,” said Momen, adding that the coronavirus pandemic has caused an influx of Bangladeshi nationals returning to the country.

They are Bengali, They share the same language, they share the same religion. They are not Burmese. They call themselves”Rohingya”. Such a people never existed in history. They are failed Moslem invaders who are escaping irate Buddhists. Why does Banglatrash reject them? Because they are already Moslem. They don’t need any more. They failed in their jihad to make Burma islamic. That’s why they don’t want to take them back. 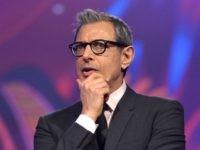 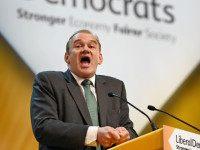 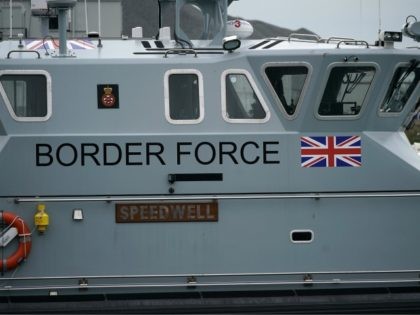 END_OF_DOCUMENT_TOKEN_TO_BE_REPLACED

All it took was a virus with a 99.85% survival rate for people to give up their Constitutional Rights. “If You Die of a Clear Alternative Cause, It’s Still Listed As A COVID Death” – Dr. Ngozi Ezike

Dr. Ngozi Ezike, Director of the Illinois Department of Public Health, recently pointed out that all people who pass away and test positive for COVID-19, regardless of the cause of death, means that the death will be marked as a COVID-19 death. President Trump plays them like a fine violin again

The Trap was Set and The Media Took the Bait

We’ve all watched as the crazy liberal media do their best to make President Trump look a fool during this whole Wuhan virus pandemic. Every word he says is twisted to fit their agenda. However, with each attempt, our President always turns the tables on them.

TAIWAN: No Lockdowns, No Closed Businesses, Non-WHO Member, and Relatively Unaffected by COVID-19

Ingraham: The truth about hydroxychloroquine

Japan’s Nobel prize-winning Professor of Medicine, Professor Dr Tasuku Honjo, created a sensation today by saying that the Coronavirus is not natural.

Is it possible that China deliberately unleashed the #chinavirus upon the world to weaken economies everywhere and create an opportunity to buy up struggling companies cheaply? ?
While Italian shoppers may be urged to shun Made-in-China products, many cash-strapped Italian entrepreneurs can’t afford to be as picky when they choose business partners.

China is buying up Italy, one company at a time

“This is about a totalitarian regime ever bit as brutal, ever bit as cold blooded, every bit as tough — as the Nazis,” Bannon said on Fox News. “Right now we are in an information and economic war.” END_OF_DOCUMENT_TOKEN_TO_BE_REPLACED

Cultural enrichment from a follower of ‘the prophet’.
Raping infidel girls is just walking in the sadistic footsteps of the barbaric psychopath they hold as their moral example.

The teenage girl was one of eight women who was terrorised by Mustafa Kayirici, 29, across Sydney in May and June, 2016.

More than 3,000 women were murdered by Muslim families in Britain for Sharia law 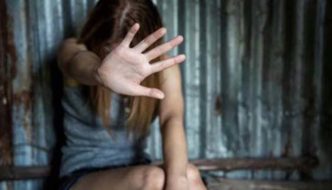 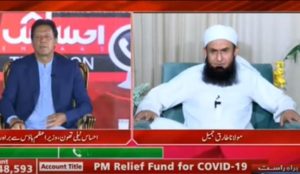 “Tariq Jameel Blames ‘Immodest Women’ For Coronavirus During Live Telethon,” Naya Daur, April 23, 2020 (thanks to The Religion of Peace):

The underlying assumption here is that the coronavirus is an expression of Allah’s wrath against those who do not obey his laws. So the solution is to implement Sharia. This kind of thinking leads to jihad violence, because a hadith depicts Muhammad telling his followers that no deed is greater than jihad (Bukhari 56.4.2785), which leads inexorably to the idea that jihad will be the best cure for coronavirus. 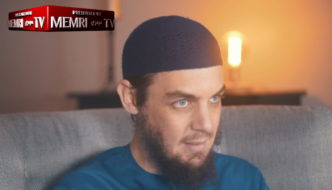 UK Islamic scholar: Even if wife licks husband’s bloody infected wounds, she won’t fulfill her obligations to him

Remember, you greasy Islamophobe, Islam respects women: “The prophets have explained with such emphasis, but if you had an ulcer that was bleeding with blood and pus from his head to his foot and she licked it, she would not have fulfilled the right that he had over her.”

END_OF_DOCUMENT_TOKEN_TO_BE_REPLACED

“A cop’s JOB is to violently enforce upon the rest of us whatever arbitrary bullshit the political parasites declare to be “law.” It is, therefore, impossible to be a “law enforcer” and behave morally, for the same reason one can’t be a moral car-jacker.”
― Larken Rose The right to assembly was at one time a US constitutional right.
Not today. The Muslim call to prayer echoed for the first time ever throughout a Minneapolis neighbourhood, in what is believed to be the first publicly-broadcast call to prayer in a major US city https://t.co/aGvy1cXqdJ | #Ramadan pic.twitter.com/semZG904ps

If this is happening in your part of the country, then it’s too late. They’ve taken over. Already happening in NYC too. Go to Brooklyn. This is vile. It shows doctors having nothing to do because the expected epidemic is not happening. So they resort to vile themes that offend Christians.

Fine, docs & nurses are heroes but this is what they are doing while people are sick & dying from things other than Covid19 right now because they can’t go to hospitals. END THIS LOCKDOWN 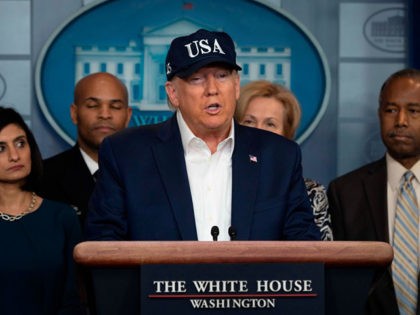 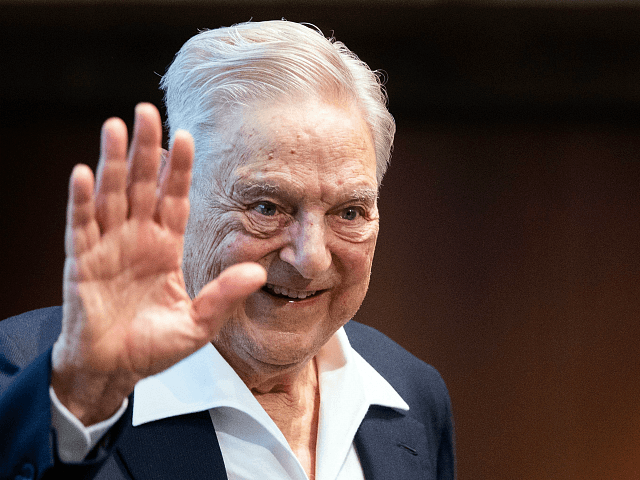 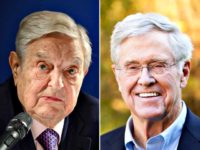 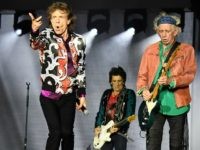 And that, my friends, makes it clear that we can’t outsource the production of essential medical supplies to countries who are our political adversaries.

In Australia, their ABC/SBS frightens people for acknowledging the effectiveness of hydroxychloroquine, which is politically unclean because Trump said it offers hope. The anti-Trump bias is revolting. 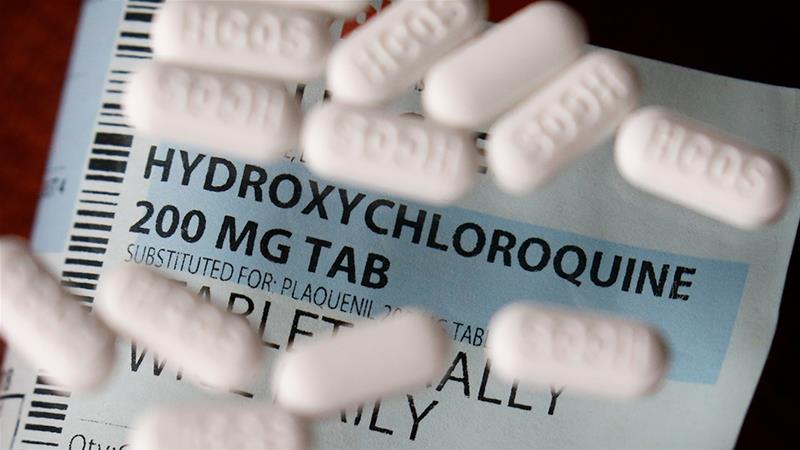 US states built stockpiles of hydroxychloroquine after it was touted by Trump as a treatment for coronavirus.

“Experts” means ‘we, the establishment don’t want you to take a cheap & effective drug because we want to destroy the economy & sell you an expensive vaccine & a microchip’. Hydroxychloroquine is bad because Trump said it offered hope in treating the ChiCom virus. Anyone who deviates from this line is a thought criminal. This includes even Democrat Woman of Color Karen Whitsett, a state representative from Detroit. Due to an underlying condition, COVID-19 nearly killed her. After hydroxychloroquine brought her back from the edge, she thanked Trump for making her aware of the drug that saved her life. Now she must face the music:

Hydroxychloroquine is bad because Trump said it offered hope in treating the ChiCom virus. Anyone who deviates from this line is a thought criminal. This includes even Democrat Woman of Color Karen Whitsett, a state representative from Detroit. Due to an underlying condition, COVID-19 nearly killed….

NYC to Serve 500,000 Free Halal Meals to Muslims During Ramadan

That dog DiBlasio is trying to buy the Moslem vote with taxpayer dollars.