A constitutional judge in Hamburg has been linked to Germany’s far-left extremist Antifa scene as well as the banned Kurdistan Workers’ Party (PKK) terrorist group. Judge Cornelia Ganten-Lange, formerly an asylum lawyer, was elected to the Hamburg constitutional court in 2009 and again in 2015. She has been reported to have a deep history with Antifa far-left extremists during her legal career. 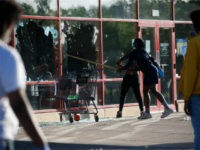 What a revelation! When even this mob cannot support the lies you know that commies have gone too far.

“Law enforcement officers were targeted in attacks in cities across the country overnight, with some officers wounded in gun battles in St. Louis and Las Vegas and others injured as they were run over by cars in New York City and Buffalo.”
.
“All are conscious and breathing. Their injuries are believed to be non-life threatening.” At least four officers with the St. Louis Police Department in Missouri were struck by gunfire on Monday night, police said

$2.4M Worth of Watches Stolen from Soho Rolex Store

A plethora of luxury brands — all of whom endorsed the Black Lives Matter movement — have had their stores ransacked and looted by rioters over the past few days.

Is this social justice or what? Why should  a n*99a not have what you & I can’t afford? Italia Marie Kelly was leaving the protest with a friend around midnight Sunday when she was struck from the back by a bullet and collapsed near a local Walmart.

“She was the bright, bubbly big personality in the room.”

Giuliani: De Blasio ‘Should Step Down’ — ‘He Is Incompetent’

Never mind that history shows these areas won’t manage to fully recover for literally decades. After all, down the road the left will just blame society and proclaim that those who live in these areas must be given more, more more!

Always an idiotic no-win situation with the leftists – if Trump speaks out, he’s pushing violence (when he’s not at all), or doing a “shameful photo op”. If he doesn’t, he’s hiding, or failing to lead. Cuomo: Trump ‘Shameful’ for a Photo Opportunity’ 212

IL Gov. Pritzker: God Is on the Side of the Protesters

Ilhan Omar: We Must ‘Reject Any Attempt to Criminalize Peaceful Protest’ – as the worst riots rage across the nation since 1968, and no effort is being suggested by anyone to criminalize peaceful protests. 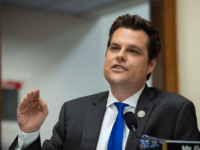 Gaetz: Twitter ‘Ought to Look in the Mirror’ for Inciting Violence with BLM, Antifa

BERNIE: ‘Ultra-rich’ have been ‘looting’ for 40 years…

Univ. of Alabama professor instructs rioters on how to tear down monuments on Twitter

Susan Rice: We Are Here Because Trump Demonized Kaepernick

CNN insanity: Decades After 1968, Things Are Somehow Worse. If they think the amount of racism in the USA is worse now then in 68, they are certifiable and need to be institutionalized.

NY Times insanity: No More Money for the Police. Oh, yeah, because letting murderers, rapists, robbers, and so on do whatever they want since we have no police woud be SO much better! /massive sarc

Slate insanity: Destroying a Police Precinct Is a Reasonable Response. Peaceful protest is reasonable – advocating destroying police stations and possibly killing people in the process obviously is not even remotely so.

Vox insanity: Violent Protests Are Not the Story. Police Violence Is. Hate to break it to ’em, but unjustified police violence is very rare out of the tens if not hundreds of millions of police encounters with the public every year. Riots like we’re seeing now, however, do damage to those areas for literally decades, alone with destroying and even killing totally innocent people. Yet they think it’s somehow justified?

NBC News insanity: How Trump’s Attacks on China Encourage Racism. So when other nations do egregiously wrong things, a president cannot say a word I guess, because anything else is an “attack” which “encourages racism.”

Race baiter extraordinaire, FBI informant (to avoid prosecution himself) and massive tax cheat Al Sharpton lies again: Trump ‘Aggressively Reversed’ Measures to Hold Police Accountable. Yeah, because Trump after being in office is somehow responsible for the Minneapolis city police force, when Minneapolis has been entirely run by Democrats for over 50 years. Go figure. 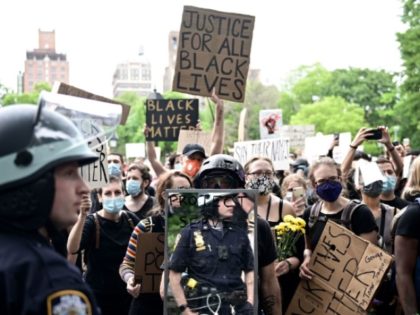