On Monday, the day after an interview in which President Trump indicated he might not accept the results of the November election, House Speaker Nancy Pelosi told MSNBC that if Trump would not leave the White House, he would be “fumigated out.”

Speaking on MSNBC’s Morning Joe, Pelosi said, “The fact is, whether he knows it yet or not, he will be leaving. Just because he might not want to move out of the White House doesn’t mean we won’t have an inauguration ceremony to inaugurate a duly-elected President of the United States.”

Rand Paul: Cuomo ‘Should Be Impeached‘ for Nursing Home Policies

In St. Louis, a Person’s Home Is Their Castle – Until It Isn’t

St. Louis Circuit Attorney Kim Gardner, who’s one of the new breed of progressives elected to office over the last four years, charged the McCloskey’s with the crime of brandishing their weapons in a threatening manner as the protestors approached their home (RELATED: The Most Insane Reactions to the Riots).

“It is illegal to wave weapons in a threatening manner at those participating in a nonviolent protest, and while we are fortunate this situation did not escalate into deadly force,” said Gardner, who reportedly had the backing of billionaire progressive George Soros’ political machine during her run for the office she now holds.

Failed Portland Mayor Ted Wheeler thought he’d join the Antifa-BLM mob on Wednesday night to show he’s down with the cause. The mob cursed him and told him to resign!

Leftoids Have Been Calling to ‘Defund the Police’ for Over Decade

CNN reported on the “clash” between rioters and federal agents, even though the people trying to destroy federal buildings and hurt police officers are not peaceful protesters but violent criminals. 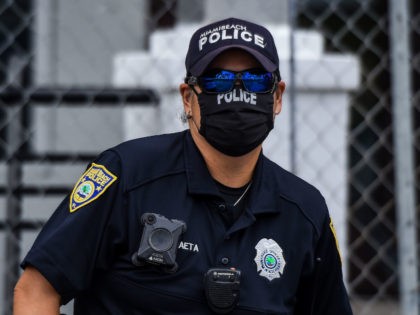 Miami Dedicates Unit to Crack Down on Violations 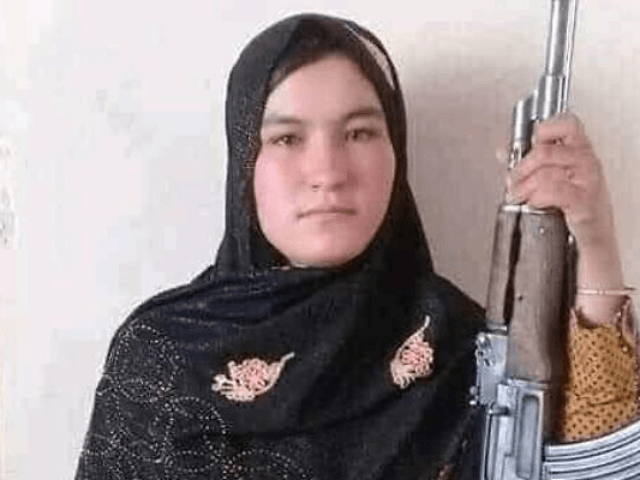 Not sure about this story. There was a similar story making the news quite a few years ago. Anyway, good on her!

The Iran-backed Hezbollah terrorist group on Tuesday accused Israel of killing one of its members raising concerns of a retaliatory strike, the Kan public broadcaster reported.

Ali Kamel Mohsen Jawad was killed in an act of “Zionist aggression,” Hezbollah-sponsored media reported, referring to a wave of strikes near Damascus on Monday night.

British war monitor the Syrian Observatory for Human Rights reported five Iranian militants were killed in the strikes and four others were wounded.

This was sent to my inbox earlier today. It’s like a one-page crash-course in Islam, so I thought I share it with you:

Islam is war, terrorism, and deceit. Moreover, Islam, its Militarist Mosques, its Unlawful Shariah(Islamic Law), its Supremacist Teachings(eg. Koran, Hadith, Sira, Tafsir, etc.), its Sinister Halal Certifications, its Diabolical Prostitution Practices, its Marxist Schools, and its Pagan Holidays are a legal threat and a terroristic menace to every Country and Constitution in the world because Islam produces Polygamous, Genocidal, Subversive, Discriminatory, Malicious, Racist, Seditious, and Tyrannical Criminal Enterprises against ALL Non-Muslims(koran 2:178, 244; 3:54, 85,110; 4:95; 5:55; 8:30, 39, 74; 9:5, 29, 33, 41, 73, 88, 111, 123). Islam means “to surrender” by becoming a Muslim(Koran 48:16; 49:14-15). By failing to become a Muslim under Islam’s Law, the Christian or J * wish Non-Muslim is a CRIMINAL who must pay Jizya(Extortion Penalty) to stay alive while the other Non-Muslims are not offered this payment option and are annihilated(koran 9:5,29). Koran 9:29 says, “Engage in war with those who do not believe in Allah nor in the last day. Nor forbid what Allah and his messenger forbid, nor believe in the religion of the truth[Islam] among those who have been given the book[Christians and J * w s] until they pay the jizya[extortion penalty] out of hand and they are subdued[disgraced].”

Islam is a racist worldview, a segregationist ideology, a terroristic movement, and a discriminatory government(Caliphate) of lies, terrorism, and deceit(Koran 3:54; 5:51; 7:99; 8:30; 13:42), and every Muslim, peaceful and violent, is a terrorist according to Allah(Koran 49:14-15). All Islamic Countries(eg. Turkey, Egypt, Saudi Arabia, Iran, etc.) are State-Sponsors of terrorism and discrimination. Islam and Muslims are the main source, cause, and threat of terrorism and discrimination in the world(Koran 4:74-76; 9:29). Thus, the corrupt cult of Islam should NOT have religious protections under the law in any country, and Islam and its Mosques should be banned because coexistence with Islam is never possible with Islam’s discriminatory and terroristic ideology(Koran 5:51; 9:29; 98:6-7). Koran 98:6-7 says, “6 Surely those who became infidels, from the People of the Book[J * w s and Christians] and polytheists, will abide in the fire of hell forever. Those are the worst of the creatures. 7 Surely those who believed and did good deeds, those are the best of the creatures.” How? In Sahih Bukhari(V6,B60,N80), Abu Huraira narrates, “‘You(Muslims) are the best of peoples ever raised for mankind.’ means, the best of peoples for the people, as you bring them[Non-Muslims] with chains on their necks till they embrace Islam.”

Islam and its Mosques teach, sponsor, and promote terrorism against all Non-Muslims(Koran 9:5,29). In Sahih Bukhari(V4,B52,N220), Muhammad says, “…I have been made victorious with terror…”. Per the Koran, EVERY Muslim man, woman, and child is commanded to perform Allah’s jihad with their money and with their life to go to Paradise. Thus, Allah commands jihad by peaceful Muslims using their money(eg. zakat donations) and by violent Muslims using their lives(eg. ISIS) against ALL NON-MUSLIMS(Koran 49:15). Koran 49:15 says, “Surely the believers[Muslims] are only those who believed in Allah and his messenger. They do not doubt, and they performed jihad with their money and their lives for the sake of Allah. Those are the truthful.”

Because Allah is the Great Deceiver who detests Non-Muslims(koran 3:54; 8:30; 16:37; 47:35), Islam teaches and calls for discrimination, deceit, intolerance, bigotry, terrorism, enslavement, cruelty, oppression, coercion, and annihilation by ALL MUSLIMS against ALL Non-Muslims since Non-Muslims are the worst of creatures while Muslims are the best of creatures as taught in the koran(koran 3:28,110-112; 98:6-8), the terrorist book of borrowed folklore, tales, fables, and lies.

Allah’s apostle was a racist White Man[Sahih Bukhari(V1,B3,N63)], a violent Slaveholder, and a terroristic Arab Supremacist(koran 3:106; 60:4) against Atheists, Hindus, Buddhists, Christians, J * w s, etc. Islam is inherently discriminatory, evil, cancerous, predatory, subversive, totalitarian, and terroristic(koran 2:282; 9:29). Koran 5:51 says, “O you who have believed[Muslims], do not take the J * w s and the Nasara(Christians) as friends. They are friends to one another. And whoever among you takes them as friends, so surely he is of them. Surely Allah does not guide the unjust people.” Hence, Allah says that Non-Muslims are enemies to Muslims(koran 4:144; 9:28-29). Because J * w s and Christians are the worst of creatures, Allah spreads enmity and hatred among them. Koran 5:14 says, “And some of those who say, ‘Surely we are Nasara (Christians),’ we took their covenant. So they have forgotten a part of what they were reminded of, so we have stirred up enmity and hatred among them until the resurrection day. And Allah will inform them of what they were doing.” See also koran 5:82; 9:28,123; 48:29; 8:60 and more.

Islam and its Discriminatory Teachings are an unlawful, fraudulent, oppressive, exploitative, covetous, corrupt, murderous, double-crossing, contradictory, and supremacist ideology(Koran 8:39). Koran 8:39 says, “And engage in war with them[Non-Muslims] until there will not be sedition and the religion will be completely to Allah…” Islam is an intolerant, malicious, and violent ideological system, and one cannot reject it without suffering the penalty of death(koran 9:5,72-73; 58:22). In Sahih Bukhari(V4,B52,N260): “…The Prophet says, If somebody discards his religion[Islam], k i l l him.” Dying in jihad and paying money for jihad are two contractual requirements for Islam’s Muslims to obtain Paradise(Koran 49:15). Hence, every Muslim is owned by Allah. Koran 9:111 says, “Surely Allah has purchased from the believers(Muslims) their souls and their money so that they may have the garden[Heavenly Paradise]. They engage in war for the sake of Allah, so they k i l l and are k i l led…”

Islam should be examined, exposed, criticized, and banned for its discriminatory and terroristic teachings against Christians, J * w s, Atheists, and ALL Non-Muslims. Allah has been at war with Non-Muslims for 1400 years because Non-Muslims do not surrender(convert) to Islam(Qur’an 9:5; 48:16; 49:14-15). Therefore, Allah, the polytheistic Nabataean god, uses ji had to terrorize Non-Muslims and to take money from them(eg. jizya, extortion payment to stay alive) until Non-Muslims surrender(convert) to Islam or are k i l led(koran 9:5,29). In Sahih Muslim(B1,N31), Allah’s Apostle said, “I have been commanded to fight against people till they testify to the fact that there is no god but Allah, and believe in me (that) I am the Messenger and in all that I have brought. And when they do it, their blood and riches are guaranteed protection…”

Islam and its Shariah(Islamic Law) are a vicious, corrosive, supremacist, genocidal, terroristic, religious, and legalistic totalitarian system because Muslims and Non-Muslims are NOT EQUAL in Islam’s Law, Shariah(Koran 3:28,85; 5:51). For example, Sahih Muslim(B19,N4366) says, “It was narrated by ‘Umar b. al-Khattib that he heard the Messenger of Allah say: I will expel the J * w s and Christians from the Arabian Peninsula and will not leave any but Muslim”. In Sahih Bukhari(V1,B8,N387), “Narrated Anas bin Malik: Allah’s Apostle said, ‘I have been ordered to fight the people till they say: ‘None has the right to be worshipped but Allah.’ And if they say so, pray like our prayers, face our Qibla and slaughter as we slaughter, then their blood and property will be sacred to us and we will not interfere with them except legally and their reckoning will be with Allah’”. Thus, Muslims cannot be friends with anyone including family members who disobey or disbelieve in Islam, Muhammad, and Allah(koran 9:23; 58:22).