The Italian government has seized the migrant-ferry vessel Sea-Watch 3, which has been docked under quarantine in Sicily at Port Empedocle since it offloaded more than 200 migrants, some of them infected with COVID-19. Meanwhile, migrants who have been under quarantine in Sicily have been able to leave their residence and roam the town of Siculiana at will, because police have been ordered not to forcibly return them.  (GoV)

The world’s most notorious genocide denier, Erdogan, is also infamous for imprisoning journalists and public intellectuals. Turkey’s egregious human-rights violations also include the ethno-sectarian expulsion of Syriacs in northern Syria and the destruction of more than 500 Greek Orthodox churches in Turkish-occupied areas of Cyprus. 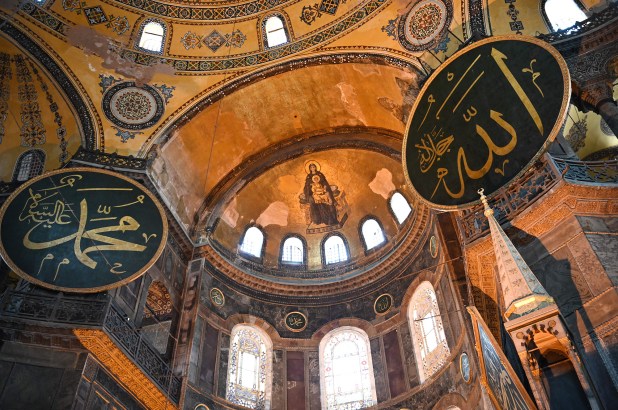 Turkish President Erdogan’s plan to convert the Hagia Sophia cathedral into a mosque has Christians on edge.—NY Post
More from the Religion of Peace:
.

One thought on “Erdogan, Migrants & the Hagia Sophia”