U.N. human rights office calls on U.S. police to limit use of force

The OIC-controlled UN has absolutely no business to meddle in the internal affairs of the U.S.  #Trump should shut their offices down & kick them out.

The United Nations human rights office on Friday called on U.S. security forces to limit their use of force against peaceful protesters and journalists, as clashes between federal agents and demonstrators continue in Portland, Ore.

“Peaceful demonstrations that have been taking place in cities in the U.S. such as Portland really must be able to continue…” 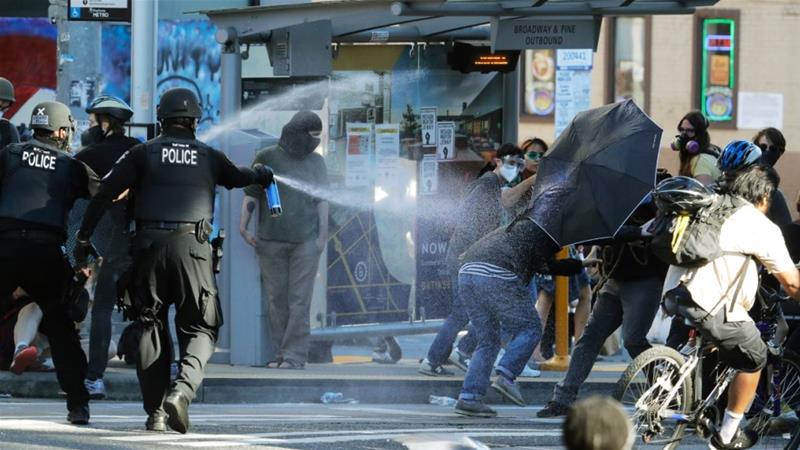 Thousands of protesters show solidarity with other demonstrators over the killing of George Floyd in Minneapolis.

Consequences will never be the same. pic.twitter.com/sYjfozGTi0

Antifa is marching in the thousands through residential Portland neighborhoods. pic.twitter.com/I7jRn2U5o2