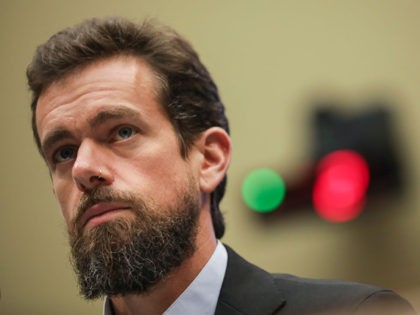 “American doctors are holding a ‘White Coat Summit’ in Washington, D.C. to address ‘a massive disinformation campaign’ by the media about coronavirus,” read PragerU’s tweet. “Watch as Dr. Stella Immanuel tackles the media’s narrative about hydroxychloroquine.”

Director and producer Robby Starbuck was suspended from Twitter on Wednesday after replying to someone, “I guess you think Dr. Harvey Risch, an epidemiology professor at Yale School of Public Health isn’t a real doctor? He’s also touting that Hydroxychloroquine works.”

Dr. David Samadi was also suspended from Twitter after violating rules regarding information about the Chinese coronavirus.

“If people hate President Trump, that is entirely their prerogative,” tweeted Samadi. “When their hatred causes them to deliberately hide good news about a life-saving treatment for a global pandemic, that is when the line is crossed. Hydroxychloroquine works and it has worked.”

Adams was notified by Twitter on Wednesday that he had been banned from issuing tweets for the next 12 hours.

The suspensions arrive just days after Google and social media platforms censored a livestreamed video posted by Breitbart News of a press conference held in Washington, D.C. on Monday by the group America’s Frontline Doctors.

Following the censorship, Twitter restricted the president’s son, Donald Trump Jr.’s account for 12 hours after he shared the a viral video clip of Monday’s press conference with the doctors on Capitol Hill.

Breitbart News has requested comment from Twitter, but did not receive a reply at the time of publication.