blames the killing of the Trump supporter on white supremacy, the pro-Trump rally & the president in a statement. She says the pro-Trump caravan “terrorized” Portland & makes no mention of antifa/BLM initiating violence.

A mood shift is noted in the US, where spirits appear to have lifted following the Republican National Convention.

Reader challenge – view this no more than five times:

Street fairs across the country have been banned.

But Antifa riots are perfectly okay:

This was the volatile setting in the hours before the deadly shooting last night. Rioters attacked the caravan w/rocks, urine water guns, fireworks, eggs & more. The drivers/passengers responded by shooting paintballs & pepper spraying them. https://t.co/nLWGBaQJuC

On 29 Aug., antifa clashed w/participants of a pro-Trump car caravan that drove into downtown Portland. Far-left rioters hurled projectiles at the cars & their passengers, & were hit w/pepper spray in return. Later, a caravan participant was killed. https://t.co/q4hPBpM1ws pic.twitter.com/HUr5duaXWb

The #antifa investigated for shooting the Portland Trump supporter is Michael Reinoehl. Last month he was arrested at another antifa riot for illegally carrying a loaded gun. He was let go. He then went on to allegedly kill Aaron Danielson.

Multnomah Co. chair @dkafoury blames the killing of the Trump supporter on white supremacy, the pro-Trump rally & the president in a statement. She says the pro-Trump caravan “terrorized” Portland & makes no mention of antifa/BLM initiating violence. https://t.co/S9wNvNv5wg

END_OF_DOCUMENT_TOKEN_TO_BE_REPLACED

No Mohammedans, no riots. Oh Sweden, it was nice knowing you as a peaceful, sleepy place… those days are gone.

Violent riots erupt in Malmo, Sweden after Koran-torching stunt, police say they have ‘no control’ over situation

A wave of chaotic unrest broke out in Malmo, Sweden after anti-Islam activists filmed a public Koran burning, sparking protests that soon descended into riots, with unruly demonstrators setting fires and clashing with police.
.

Some 300 people gathered along a main thoroughfare in Malmo on Friday around 7:30pm local time to protest after members of a far-right political party staged a Koran burning earlier in the day, according to local press reports. As the crowd grew, fires were ignited in the street and several cars were torched, prompting a heavy police response that struggled to bring the situation under control.

“We have ongoing and violent riots right now that we have no control over,” police spokesman Rickard Lundqvist told a local news outlet amid the disorder.

Yesterday an #Antifa militant walked up to a Trump supporter in Portland and executed him. Antifa is celebrating this! The Left is moving from prosecuting political opponents to executing them. The guardrails of society are coming off.

Why aren't all the blue checkmark "journalists" tweeting this clip out? Why isn't it being played non-stop on CNN? “The National Guard is Ready, Willing and Able,” Trump wrote. “All the Governor has to do is call!”

This complete loon made a U-turn when he realised that the rioters were not his friends:

WASHINGTONTIMES.COM
.
Portland Mayor Ted Wheeler took aim Wednesday at what he called “a few dozen individuals engaged in violence” who he said have allowed the Oregon city to be wrongly portrayed as a “dark dystopia” by President Trump and others.

In the name of Black Lives Matter, rioters shut down the streets in Kenosha, Wisc., setting trucks on fire, patrolling the streets with semi-automatic rifles, and ransacking nearby businesses. The riot followed the release of a viral video showing Kenosha police repeatedly shooting a black man who resisted arrest and reached into his truck. The man, identified as 29-year-old Jacob Blake, appears to have a violent history. Blake is in critical condition at a nearby hospital, according to police.

They can’t stand Mayor Bill de Blasio’s policies on school openings, homelessness, crime, bail reform, small business and street-protest looters — but most of all, they can’t stand him.

So basically they are saying if you vote for Trump we will destroy the country! To me, that is an invitation to bring in the full force of the military & do whatever it takes to restore law & order

August 11, 2020 (American Thinker) — I have written many times that those on the left, because they believe they are on the side of all that is right and just, are willing to commit any depravity and injustice to gain the power they need to remake America.

BEAVER CREEK, Colorado — The drug hydroxychloroquine has gotten a bad rap thanks to a politics, media hype, and some “garbage” medical research, according to Dr. Scott Atlas, a member of the White House coronavirus task force.

“What’s happened with hydroxychloroquine is that the system has gone mad,” Dr. Atlas said Friday at the Steamboat Institute Freedom Conference. “I sort of make the analogy that we all know objective journalism is basically dead in this country, I’m very cynical about that, and now what we’re seeing is that objective science is nearly dead.”

He emphasized that the drug has not been proven as a treatment for the novel coronavirus—“I’m not going to say it’s proven to work because it’s not”—but challenged those who have accused President Trump of pushing snake oil.

END_OF_DOCUMENT_TOKEN_TO_BE_REPLACED This is a communist insurgency. It must be put down.

Antifa mob assault a man who tried to stop them from breaking inside the petrol station in downtown Portland. They randomly call him a Nazi to incite the mob to violence. #PortlandRiots https://t.co/gbjxsqYvkK

NEW: 1 man has been shot and killed in Portland.

The man was wearing a hat with insignia for Patriot Prayer, a far-right group.https://t.co/vxK3J0NH2t

This is a race war. White Americans must fight back.

Antifa are beating the hell out of people in downtown Portland tonight. #PortlandRiots https://t.co/X985EGq4JY

Antifa rioters try to physically block the Trump cars from driving in downtown Portland. They get maced instead of run over. #PortlandRiots pic.twitter.com/qx3mJFz24K A BLM leader is encouraging this crowd of protesters to fight the DC cops on the frontlines. Saying he’s “ready to put them in their graves” – this may lead to another violent night in DC…

A BLM leader is encouraging this crowd of protesters to fight the DC cops on the frontlines. Saying he’s “ready to put them in their graves” – this may lead to another violent night in DC… pic.twitter.com/0LXTR69c2P

Tony Heller is right. When a city burned down by terrorists is reported as “fiery but mostly peaceful protests,” and law-abiding citizens objecting to COVID-19 tyranny are described as extremists, we are living in George Orwell’s 1984, with the gaslighting liberal media establishment serving as the Ministry of Truth:

Most of the actual Democratic National Convention events take place during daytime hours. And if you saw what they were saying during the day, you might flee the country. #FoxNews #Tucker

I spent the whole of last year overseas on sabbatical with my wife. (Good timing, I hear some of you mutter, correctly.) The first half of the year we spent in London and I recall lining up at Australia House to vote in the federal election. Now I’ve never been convinced that Mr. Morrison had strong convictions as regards freedom of the individual (witness his dismissal of the need to deal with our hate speech laws) or the need to deregulate the economy (think insane renewables and our labour laws) or the attractions of comparatively small government (name one ‘small government’ reform). But, unlike his unlamented Coalition predecessor, I could hold my nose and vote for Team Morrison in the light of the alternative. And I did.
.
But never in my wildest dreams did I think that I was voting for what amounts to the most socialist (as in big government, big spending, public sector thrives while private sector withers) government in Australia’s history. Nor did it cross my mind that this government would make more inroads into Australians’ civil liberties and freedoms than even the wartime governments of the last century. What has happened is astounding and it has happened because the preponderance of people have been terrified into meekly giving up the basic freedoms that come with living in a democratic society.
.
And ‘by terrified’ I mean that much of the press has turned itself into an unquestioning arm of the fear porn industry – breathlessly reporting each new case (rather than the death rate), never giving context (as in more people died of the flu and car accidents in most past years, and by massive margins), indulging in the report-your-neighbour thinking of the sort that flourished in the former Soviet Union.
END_OF_DOCUMENT_TOKEN_TO_BE_REPLACED 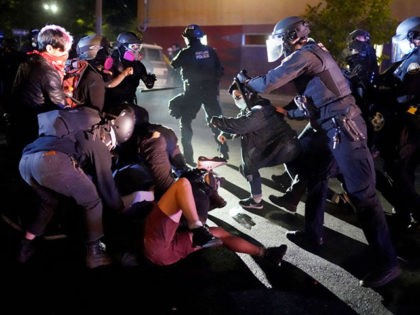 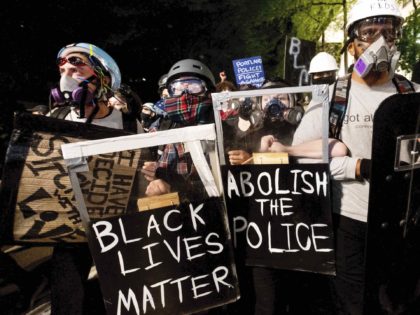 The BBC IS FINISHED! #DefundTheBBC 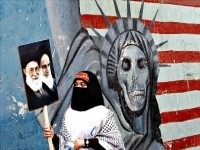 Watch: Iran Video (Again) Calls for Destruction of ‘Satanic’ America to ‘Save the World’

“the latest video calling for the destruction of the “capitalistic, militarized, racist, barbaric, Satanic system called America,” claiming all the world’s problems would simply disappear if the U.S. was laid flat.” 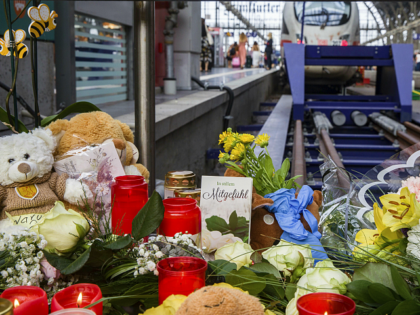 Chicago BLM Speaker Threatens America With Demands: “You Can Listen to Us Or You Can Get Ran Over”

“We have demands and they need to be met… we’re not asking you anything. We’re telling you what’s about to happen with your permission or not… You can listen to us or you can get ran over.”

Tragic that many negroes believe Islam is a “black thing” & join the cult.

Democrats have no platform, no candidates, and no morals. No wonder their only recourse is to burn the country down. pic.twitter.com/6GkHUya3ez

BREAKING: Judicial Watch received 323 pages of emails between #Strzok & Page. The records include an email from Strzok to FBI officials about @realDonaldTrump’s tweets regarding them spying on him & their interaction w/other media outlets like CNN (1/3). https://t.co/8z8vkR6kzT