Anyone convicted, or even just accused, of insulting Islam, risks a violent and bloody death at the hands of vigilantes. Rights groups have said the blasphemy laws are routinely abused to seek vengeance and settle personal scores. There had been a number of incidents in different parts of Pakistan in which members of the Ahmadi community were targeted by religious zealots in the past.

The United States (US) on Thursday condoled the death of an American citizen Tahir Hussain who was killed inside a courtroom in Peshawar, Pakistan on Wednesday.

Tahir Ahmad Naseem, an elderly man from the minority Ahmadi community, facing trial for blasphemy, was shot dead on in front of the judge in a local court situated in a high-security zone in Pakistan’s Peshawar city, police said. He was arrested two years ago on blasphemy charges and died on the spot in the court of Additional Session Judge Shaukatullah Khan, they said.

Twitter: Calling for Destruction of Israel Not a Violation of Rules… 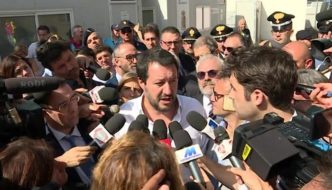 It does indeed. But was Salvini really voted out or was he deposed in a wretched act of vote-rigging?

Most of the illegals are from North Africa, where al-Qaeda in the Islamic Maghreb is highly active. Al-Qaeda raised nearly $100 million via ransoms and the drug trade in North Africa as of 2017; meanwhile, the Islamic State has been expanding its influence in that region since the caliphate’s downfall in Syria and Iraq, as […] 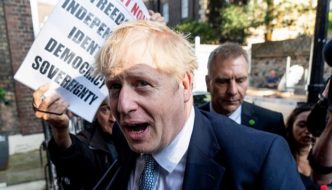 Well yes, BoJo is a flake & a useless poser. If he had any will to stop the invasion, he could. But he doesn’t. What does that tell you?

The number of Brits who think Johnson is failing on immigration has jumped 18% since March, reflecting public awareness of the boats filled with Muslim migrants that are routinely coming into the UK illegally across the English Channel, with help from the French navy. In one case, the migrants were threatening to drown their own […] 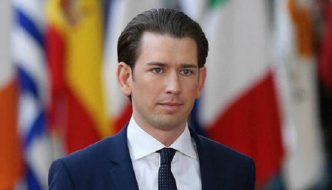 Austria announces plan to carry out surveillance on Muslim associations

Memo to Sebastian Kurz: if you didn’t allow the Mohammedans to settle among your citizens, behind enemy lines, you wouldn’t have any such problems. It is not too late to give them the shoe, so why not go all the way & kick them out & back from whence they came?

Kudos to the Austrian government. It is admirable to see a Western country prioritize the well-being of its citizens over political correctness and reject the prevailing cowardice in the face of Islamic supremacist Muslim Brotherhood lobbies. Austria’s Sebastian Kurz’s People’s Party and Green Party government “is preparing to institute a controversial surveillance program on Muslims […]

"What's wrong with you, you sick Americans?"

“This is the land of the coward & home of the slave'; Islam is America’s future,” without Islam “America will meet its demise”

Must be the silly season in Colorado. Or maybe that weird stuff they’re smoking in that place.

One thought on ““Blasphemy is a hugely sensitive issue in Pakistan…””